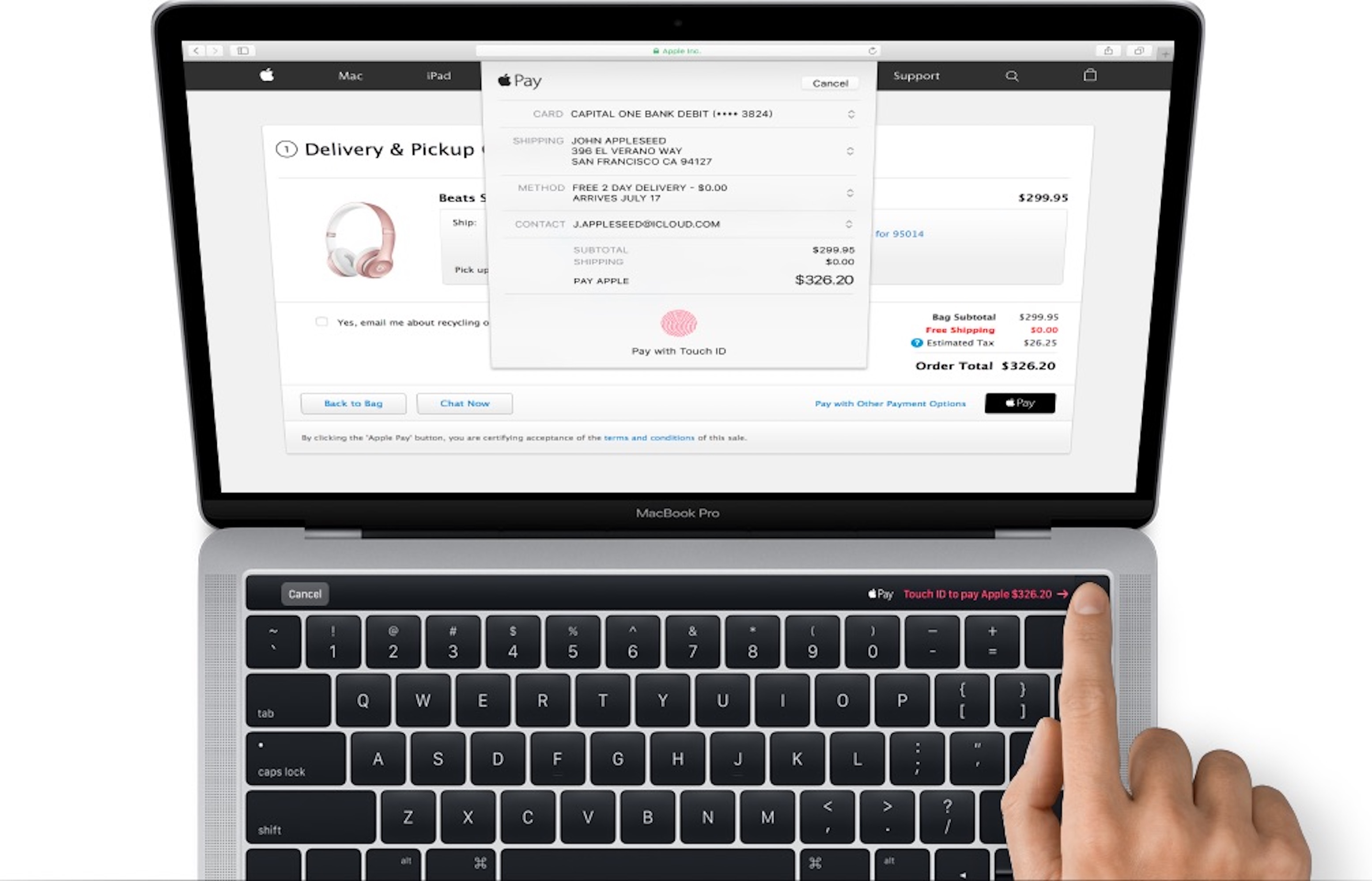 [lead dropcap="yes"]It’s long been rumored that Apple’s new MacBook Pros, due to arrive on Thursday, would have a new Magic Toolbar, an OLED touchscreen replacing the row of function keys at the top of the keyboard. And there have been third-party mockups of it floating around the whole time.[/lead]

Now Apple has let the cat out of the bag itself by including an image of the Toolbar in the update to macOS Sierra that dropped on Monday.

As you can in the image attached to this post, the toolbar will be dynamic, displaying text based on what’s on screen, in this case, allowing an Apple Pay transaction to take place. Even more, there’s apparently a TouchID sensor on the right side of the toolbar. This is very big.

Imagine never having to remember your passwords, not just to unlock your laptop, but for any web site because your finger is your password.

We won’t know for sure what features the toolbar will or will not have or even if that TouchID sensor will be accessible to developers right off the bat (the iPhone’s TouchID was not for a while after its introduction), but the future is bright.

And now I’m looking forward to the day I need to upgrade again.