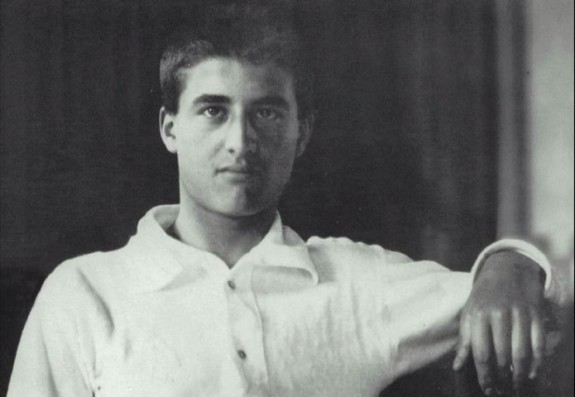 A Saint for the Youth of the Third Millennium

“In this trying time that our country is going through we Catholics and especially we students, have a serious duty to fulfill: our self-formation. […]

We, who by the grace of God are Catholics… must steel ourselves for the battle we shall certainly have to fight to fulfill our program and give our country, in the not too distant future, happier days and a morally healthy society, but to achieve this we need constant prayer to obtain from God that grace without which all our efforts are useless; organization and discipline to be ready for action at the right time; and finally, the sacrifice of our passion and of ourselves, because without that we cannot achieve our aim.”

The Life of the Man in Imitation of Christ

Young people today who are looking for a role model will find someone to identify with in this vibrant young outdoorsman who combined a deep love for Christ, a desire to serve the needy, and a mission to imbue society and politics with Christian ideals.

Pier Giorgio Frassati was born in Turin, Italy on Holy Saturday, April 6, 1901. His father, an agnostic, was the founder and director of the liberal newspaper, La Stampa, and was influential in Italian politics, serving a term as senator, and later was Italy’s ambassador to Germany. He spent the flower of his youth between two world wars when Italy was in social ferment and Fascism was on the rise. 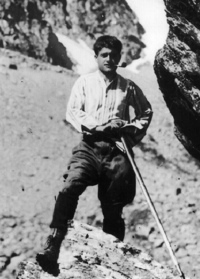 Pier Giorgio developed a deep spiritual life which he never hesitated to share with his friends. In 1918 he joined the St. Vincent de Paul Society and dedicated much of his spare time to serving the sick and the needy. He decided to become a mining engineer so he could “serve Christ better among the miners,” as he told a friend. His studies, however, did not keep him from social activism.

“To live without faith, without a patrimony to defend, without a steady struggle for truth, that is not living, but existing.”

“Charity is not enough: we need social reform,” he used to say, as he worked for both. He also gave his time to help establish a Catholic daily newspaper Momento which was based on the principles of Pope Leo XIII’s encyclical on social and economic matters, Rerum Novarum.

Although the Frassati family was well-to-do, the father was frugal and never gave his two children much spending money. What little he did have, however, Pier Giorgio gave to help the poor, even using his train fare for charity and then running home to be on time for meals in a house where punctuality and frugality were the law. When asked by friends why he often rode third class on the trains he would reply with a smile, “Because there is not a fourth class.” 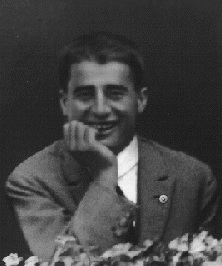 When he was a child a poor mother with a boy in tow came begging to the Frassati home. Pier Giorgio answered the door, and seeing the boy’s shoeless feet gave him his own shoes. At graduation, given the choice by his father of money or a car he chose the money and gave it to the poor. He obtained a room for a poor old woman evicted from her tenement, provided a bed for a consumptive invalid, supported three children of a sick and grieving widow. He kept a small ledger book containing detailed accounts of his transactions, and while he lay on his death bed, he gave instructions to his sister, asking her to see to the needs of families who depended on his charity. He even took the time, with a near-paralyzed hand, to write a note to a friend in the St. Vincent de Paul Society with instructions regarding their weekly Friday visits. Only God knew of these charities; he never mentioned them to others.

At the Italian embassy in Berlin, he was admired by a German news reporter who wrote: “One night in Berlin, with the temperature at twelve degrees below zero, he gave his overcoat to a poor old man shivering with cold. His father scolded him, and he replied simply and matter-of-factly: ‘But you see, papa, it was cold.'”

Pier Giorgio also spent time in the countryside with friends; mountain climbing was one of his favorite sports. On these outings, however, the young friends (who, in a bit of irony, called themselves “The Sinister Ones”) did not hesitate to share their religious inspiration and spiritual lives. Beneath the smiling exterior of the restless university student was concealed the amazing life of a mystic. Love for Jesus motivated his actions. He assisted at Mass and communion daily, often serving Mass and making a lengthy thanksgiving afterwards. 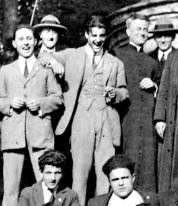 “The faith given to me in baptism suggests to me surely: by yourself you will do nothing, but if you have God as the center of all your action, then you will reach the goal.”

He felt a strong, mysterious urge to be near the Blessed Sacrament. During nocturnal adoration, he would spend all night on his knees in profound prayer. He influenced other students to make the annual university retreat given by the Jesuits. He loved the rosary, a family practice, and prayed it three times daily after becoming a Dominican tertiary.

He made it a regular habit upon returning from skiing to visit the Blessed Sacrament, and attending Mass before going to the mountains. He wrote to a friend, “I left my heart on the mountain peaks and I hope to retrieve it this summer when I climb Mt. Blanc. If my studies permitted, I would spend whole days on the mountains admiring in that pure atmosphere the magnificence of God.”

Frassati was also imbued with the refinement of higher education and the upper class Turinese milieu. He frequented opera, theaters, and museums; he loved art and music and could quote whole chunks of Dante.

In 1922 he joined the Dominican Third Order choosing the name Girolamo after his personal hero, the Dominican preacher and reformer of Florence’s Renaissance. Despite the many organizations to which Pier Giorgio belonged, he was not a passive “joiner”; records show that he was active and involved in each, fulfilling all the duties of membership. Pier Giorgio was strongly anti-fascist and did nothing to hide his political views.

“One ought to go and one goes. It is not those who suffer violence that should fear, but those who practice it. When God is with us, we do not need to be afraid.” 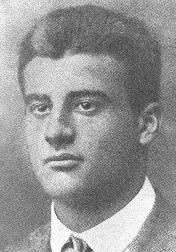 Participating in a Church-organized demonstration in Rome, he withstood police violence and rallied the other young people by grabbing the banner which the police had knocked out of someone else’s hands. He held it even higher while using the pole to ward off their blows. When the demonstrators were arrested by the police, he refused special treatment that he might have received because of his father’s political position, preferring to stay with his friends. One night a group of fascists broke into his family’s home to attack him and his father. Pier Giorgio beat them off single-handedly chasing them down the street calling them, “Blackguards! Cowards!”

In late June 1925 Pier Giorgio was afflicted by an acute attack of poliomyelitis which doctors later speculated he caught from the poor and sick whom he tended. Neglecting his own health because his grandmother was dying, his illness was too advanced for anyone to treat when doctors discovered how weak he was. Pier Giorgio died on July 4, 1925, at the age of 24.

His family expected Turin’s elite and political figures to come to offer their condolences and attend the funeral; they naturally expected to find many of his friends there as well. They were surprised, however, to find the streets of the city lined with thousands of mourners as the cortege passed by. Those who mourned his death most were the poor and needy whom he had served so unselfishly for seven years; many of these, in turn, were surprised to learn that the saintly young man they new only as “Fra Girolamo” came from such an influential family. It was these poor people who petitioned the Archbishop of Turin to begin the cause for canonization. The process was opened in 1932 and he was beatified on May 20, 1990. Blessed Pier Giorgio Frassati’s feast day is July 4.

Pier Giorgio’s sister, Luciana, wrote a book about her brother’s life. It is now available from Ignatius Press! There is now also a second book, “Pier Giorgio Frassati: An Ordinary Christian” that looks very good (I’m about to read it now).

Luciana now has a third book as well: My Brother Pier Giorgio: His Last Days

Use the links below to purchase them and help me to defray the costs of maintaining this web site. 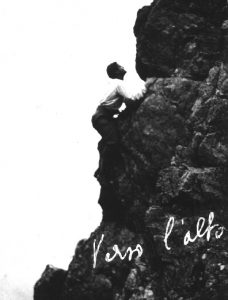 The photos are taken from the brochure of the Associazone Pier Giorgio Frassati. Used with permission.

This site uses Akismet to reduce spam. Learn how your comment data is processed.