iPhone Was More Than Cool Tech 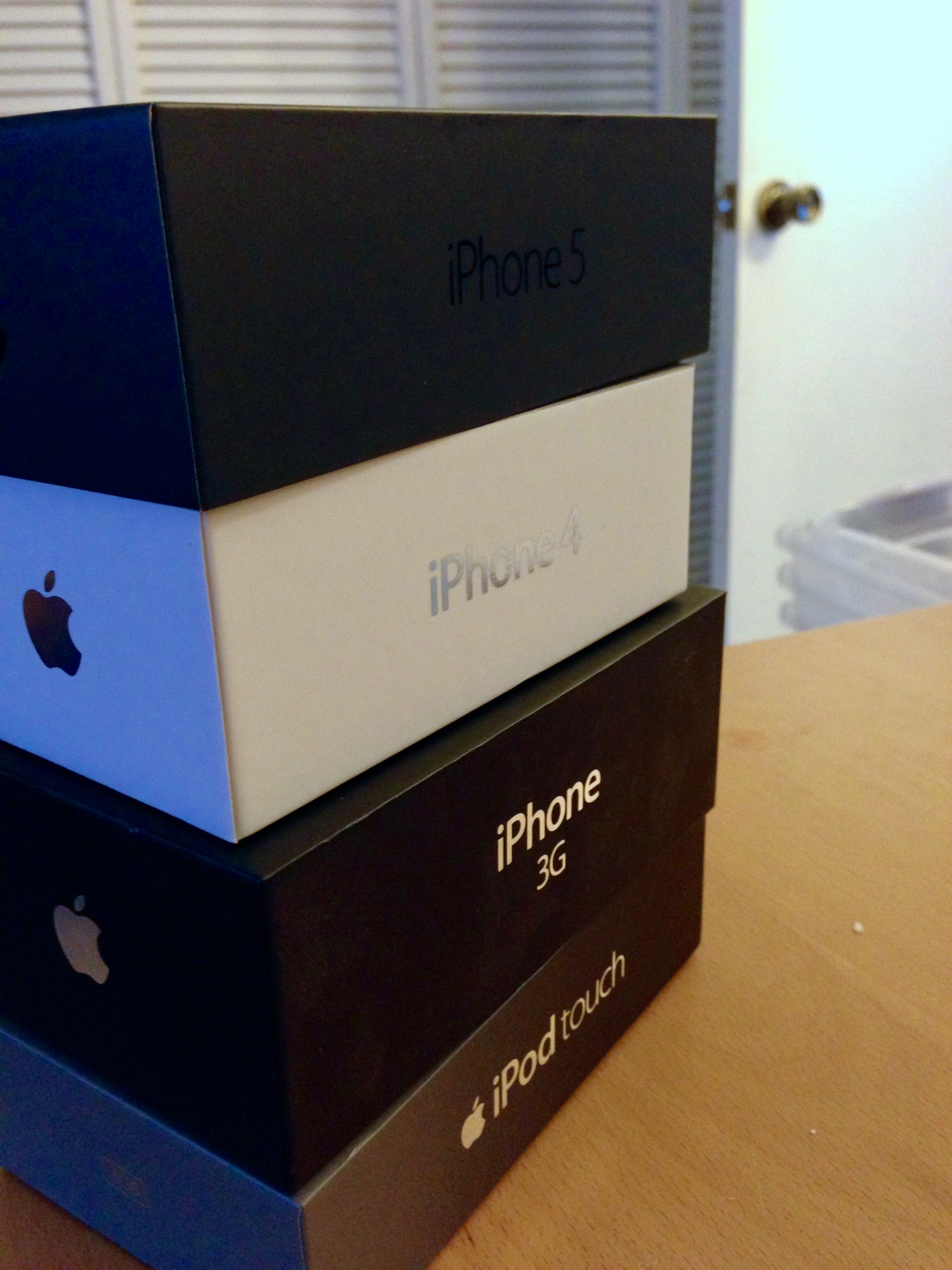 [lead dropcap="yes"]In 2005, I owned a Blackberry Pearl. I thought it was pretty cool. I could type out emails and even access the internet… sort of. In reality, it wasn’t all that great. You could tap out an email after a fashion on the tiny keyboard and the the “internet” was a janky AT&T-specific set of web services in a weird interface.[/lead]

In 2004, I recall spending an October evening with Melanie as she was dress shopping for a friend’s wedding, even as the Red Sox were playing the Yankees in the American League Championship Series in what would become the greatest comeback in baseball history on the road to an historic World Series win. Meanwhile, I was stuck in a deserted department store trying to follow the game’s box score on my tiny phone and its text interface.

Back to 2005, Melanie and I got married and spent our honeymoon driving through Nova Scotia and Prince Edward Island, much of which was as a desert as far as cell signals went. We spent a lot of the time in the car talking and I recall one conversation in which I told Melanie that very soon we would have ubiquitous internet, where we would have constant access to every web site and be in constant contact with anyone virtually anywhere. It seemed like science fiction then, but two years later it started to become reality.

There are many ways to mark the time before iPhone from the time after iPhone. One is to watch a movie made in the 2006-2009 timeframe and see how awkward cell phones were and how often their failings and limitations contributed to the plot (“Live Free or Die Hard” is a great example of this). In just a few years, suddenly every phone was a smartphone, a smooth sheet of glass letting the protagonist do all kinds of amazing actions that advanced the plot.

iPhone really did mark a shift in our society, an earthquake even, not just in technology, but in culture, entertainment, politics, and everyday life. It wasn’t just techies affected either, but in the space of a few years, everyone from the young to the old, from nerds to Luddites, had a smartphone.

But why? What was it about iPhone? It’s not just that it was a computer in your pocket. Apart from the geeks, people weren’t exactly clamoring for that. It was something more. Before iPhone, the premier device was the Blackberry. If you owned a Blackberry, it meant you were a power player in business or politics. You could send and receive emails all day long, constantly in touch. It told everyone else that you were in demand and people needed to consult with you 24/7.

That’s why, when iPhone showed up without a physical keyboard, everybody scoffed. Who would want a phone that you couldn’t type an email on without looking at the screen?1 They were missing the point because it turns out that email is not the killer app. The Web is.

iPhone’s success wasn’t about email; it was about the Web

The key to iPhone’s success was the Safari web browser. Remember, for the first year, iPhone didn’t even have third-party apps beyond the ones Apple included. But Safari gave you the Web. Not just the janky weird Web of the old pre-iPhone phones, but the real Web. You could load real websites like the New York Times and it would look like the same website on your desktop computer. Better yet, Safari could run Javascript and so developers could build apps in webpages. For a long time, the best Twitter client on iPhone2 was Hahlo, which at the time was a web page that ran on your iPhone and let you use your Twitter account3.

Phone makers who wanted to succeed saw the light and followed Apple. Google’s Android, before iPhone, looked a lot like the Blackberry with its physical keyboard and smaller screen. Now Android phones, whatever their design today, basically follow the original iPhone design language. Blackberry, on the other hand, was slow to react and when they did come out with an all-screen smartphone, it was too little too late. Now they’re a shadow of their former selves and mostly sell software services.

There are few products that not only redefine a product category but fundamentally change the world. The Ford Model T is one. The telephone and the lightbulb are others.4 iPhone is another. And like other products, its impact is both positive and negative.

What’s surprising is that Apple didn’t set out to create iPhone as we know it. Back in the early 2000s, Steve Jobs and company were looking to the future to determine where the opportunities and threats were coming from. Jobs knew that the world was going to shift from computers as big boxes that sit on or under our desks that we interact with through physical keyboards. So they set out to create iPad as the future of computers.5 Before they could get there though, Jobs knew that portable telephones were a category ripe for disruption and so they cannibalized some of the technology developed for iPad and downsized it for iPhone.

iPhone is a revolution in your pocket. It’s a device that no science fiction writer of the past 50 years imagined in its power and ubiquity and use cases. Imagine what the next 10 years will bring.