How to Increase MacBook Pro Storage Space Without Touching a Screw
Share:FacebookTwitter
Macs, iPods, and iOS

How to Increase MacBook Pro Storage Space Without Touching a Screw 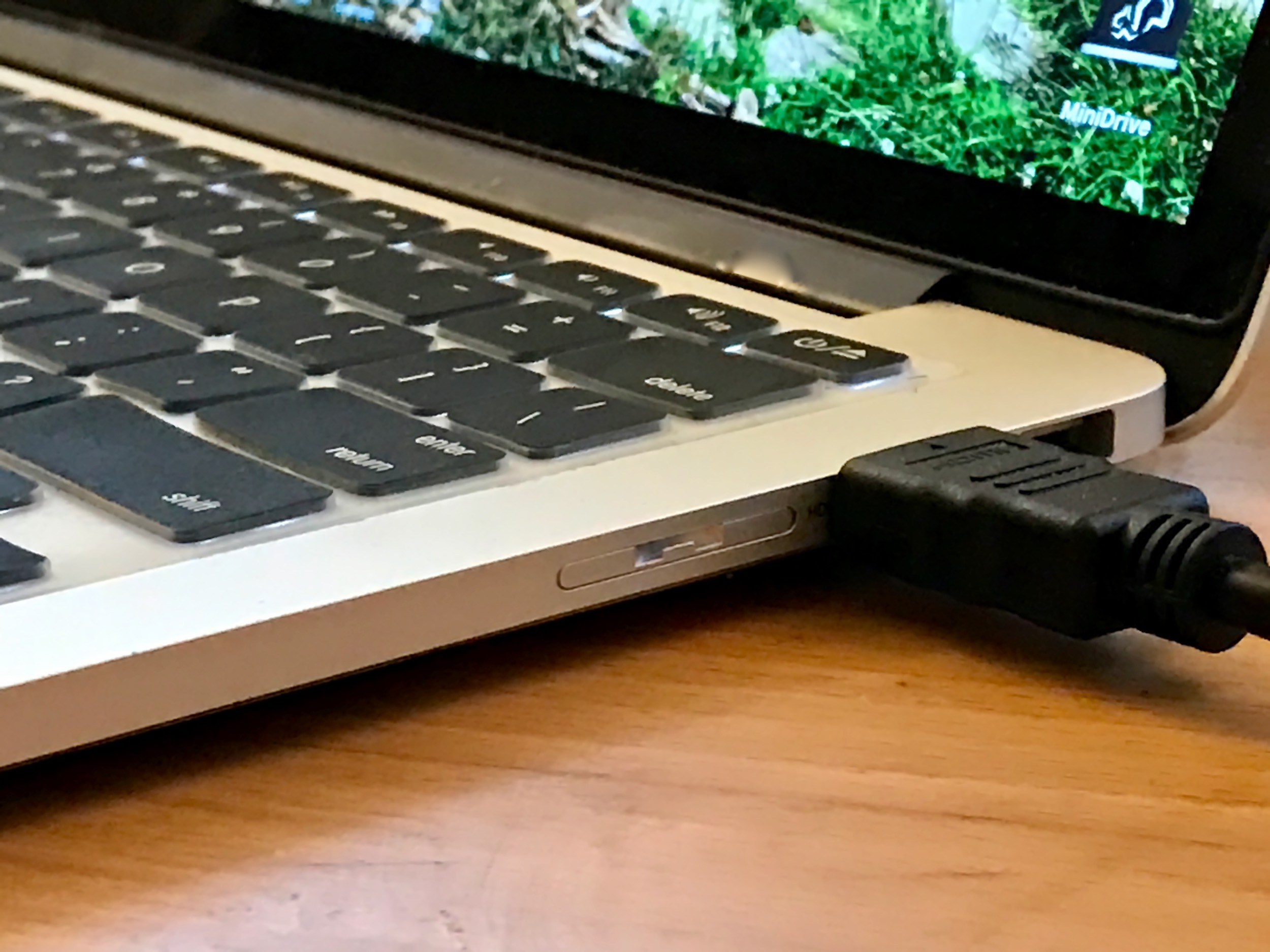 [lead dropcap="yes"]When I got my MacBook Pro 13″ last year, I purchased it with a 256GB internal solid state drive. That was a serious downgrade from my 2011 MacBook Pro which had a 240GB SSD, but also a 750GB rotational drive that I had put in place of the CD drive. I had to make some tough decisions about what I would be carrying about with me.[/lead]

That worked out well for most of this year as I pared back my applications and files. I went with iCloud Photo Library and iTunes Match, keeping my very large photo and music libraries on the old MacBook Pro which now resided permanently on a shelf. But even then my new MBP’s drive was filling up, primarily due to a an Adobe Lightroom catalog containing lots of photos for work.

Replacing the internal SSD on my MBP would be too expensive (those drives have not come down in price much), so I turned to another technology that lets me use a previously unused port: the SD card slot.

Before the current 2016 updates, all MacBook Pros came with an SD card slot. Many (but not all) professional and consumer cameras used SD cards for photo storage and it was a convenient way to transfer photos. However, most of my photos come in via my iPhone and those that don’t are uploaded wirelessly from the EyeFi Mobi card in our Panasonic DMC-G5K. This left the SD card slot unused.

Enter the Nifty Minidrive. This small device will hold a very tiny micro-SD card and when inserted into the MacBook’s SD card slot, sits flush with the side of the computer. Depending on what size micro-SD card you use, it can add up to 200GB1 of storage in a second drive on your MacBook. I chose to go with the 128GB card, but at a later date I could easily update to a larger card by pulling the Nifty, swapping micro-SD cards, and re-inserting.

Now, instead of 256GB of storage, I have 384GB for just about $75. And because it’s solid state, it’s pretty fast. Plus, it’s big enough to hold my Lightroom catalog with plenty of space to spare.

Of course, the future of this little hardware hack is bleak because those new MacBooks introduced by Apple at the end of October no longer include the SD card slot. I think my next MacBook Pro will have the largest available SSD I can afford at the time. Or I’ll be lugging an external hard drive around. Yuck.