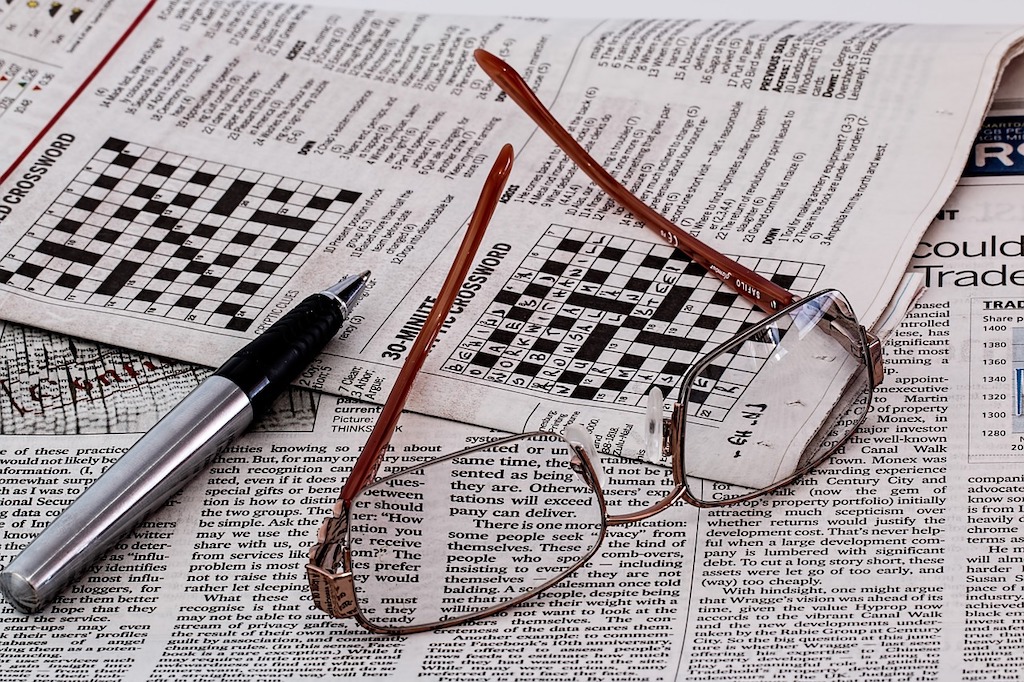 I've long been a crossword puzzle fan. When we were first married, Melanie and I would do the puzzle at dinner together as a fun couple activity. But as children came along that became impossible to continue at dinner. And then when I quit getting the physical newspaper in favor of a digital version, I gave it up entirely. But last year, when I started working from home, I decided to start doing the crossword during lunch during the week and on Sundays during brunch. At first, I printed them out from the digital newspaper and used a pencil, but that used too much paper and ink and seemed wasteful. But what if I could do the puzzle with my Apple Pencil on iPad?

Sure, there are plenty of crossword puzzle apps for iPad, from ones of questionable value up to the New York Times daily puzzle, but they all seemed overkill since I already had a newspaper subscription and they all used frustrating keyboard interfaces for completing them instead of the natural writing of the Pencil. So here's what I did, first in my description of the steps and then with a video to illustrate.

First, I subscribe to the Boston Globe e-Paper1. Yes, the Globe website has a puzzle, but it's not downloadable; it's the same "complete it in a window" as the ones I didn't want. However, the e-Paper is available both as an app in a web browser and as iOS and Android apps.2

Second, you should own the GoodNotes app for iOS (and an Apple Pencil). This is an excellent writing and notetaking app that is useful for a lot more than just this puzzle function, but it's part of my workflow here.

Third, I open the app each day, go into today's edition and go to the comics section.

Fourth, I tap on the crossword itself, which opens it in Article view, which is a full-page view.

Seventh, GoodNotes should now open. If this is the first time doing this, you can import the puzzle as a new document. On subsequent imports, you can choose to import into the same notebook. If that notebook is open, you can append it right to the end or you can "Change Location" and select the correct notebook to append to.

Eighth, you are now ready to complete your puzzle. Obviously, unless you have a very large iPad, you will need to pinch and zoom to read the clues and write in the little boxes, but that's what iPads are good at. Frankly, it's superior to pencil and paper puzzles since when I erase, it never smudges and I can always ensure it's at least legible as my handwriting allows.

Obviously, this can work with any puzzle (or any document that you want to write on really) as long as you have a way to print it on iOS. Once you have it in the print dialog, then turning it into a PDF that gets sent to GoodNotes is the key. 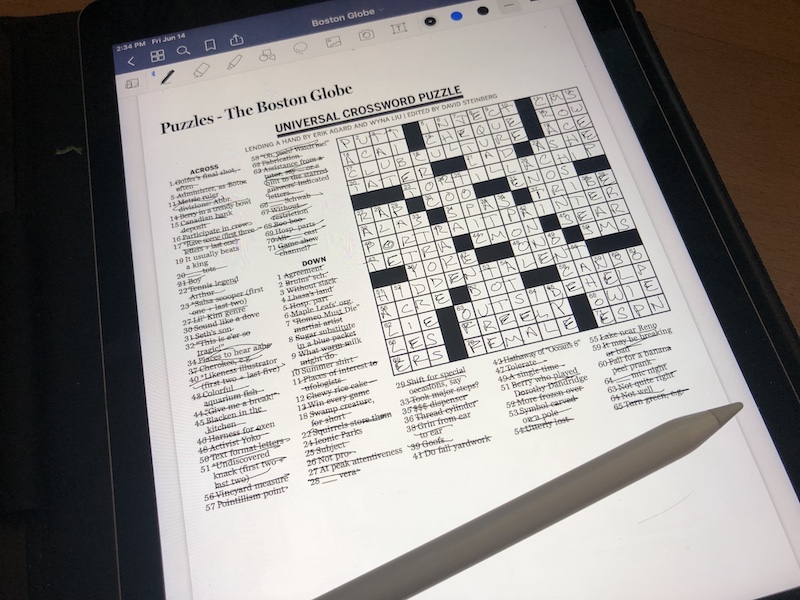