Which one is God?
2 comments
Share:FacebookTwitter
Doctrine and DissentNational politicsPolitics

Which one is God? 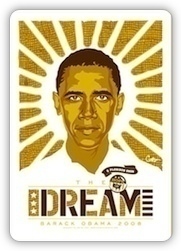 Obama on his prayer life, from a 2004 interview with the Chicago Sun-Times:

“It’s not formal, me getting on my knees,” he says. “I think I have an ongoing conversation with God…. I’m constantly asking myself questions about what I’m doing, why I am doing it.”

So, what he’s saying is that he is good.

Then there’s his definition of Christianity:

“I am a Christian … So, I have a deep faith,” Obama continues. “I’m rooted in the Christian tradition. I believe that there are many paths to the same place, and that is a belief that there is a higher power, a belief that we are connected as a people.

“That there are values that transcend race or culture, that move us forward, and there’s an obligation for all of us individually as well as collectively to take responsibility to make those values lived.”

How does any of that make him Christian? The same could be said by any adherent of a dozen different religions. Karen Hall says, “Actually, I agree with everything after the last comma.  Obama and I just have extremely different interpretations of what that means.”

As for being “rooted in the Christian tradition”, so was Pelagianism, Arianism, Nestorianism, and so on.

In the end, I’d have more respect for Obama and all the other politicians who wear their Christianity like a cloak on the campaign trail if they would just come out and say they don’t believe or that they’re agnostic or that they don’t care much one way or the other. I wouldn’t be more likely to vote for them, but it would increase my respect an iota.

[Link via WND via Karen Hall]

Photo credit: Ray Noland via Is Barack Obama the Messiah?