Is Texting and Driving Really That Bad?
2 comments
Share:FacebookTwitter
Driving and commutingMediaPoliticsTechnology

Is Texting and Driving Really That Bad? 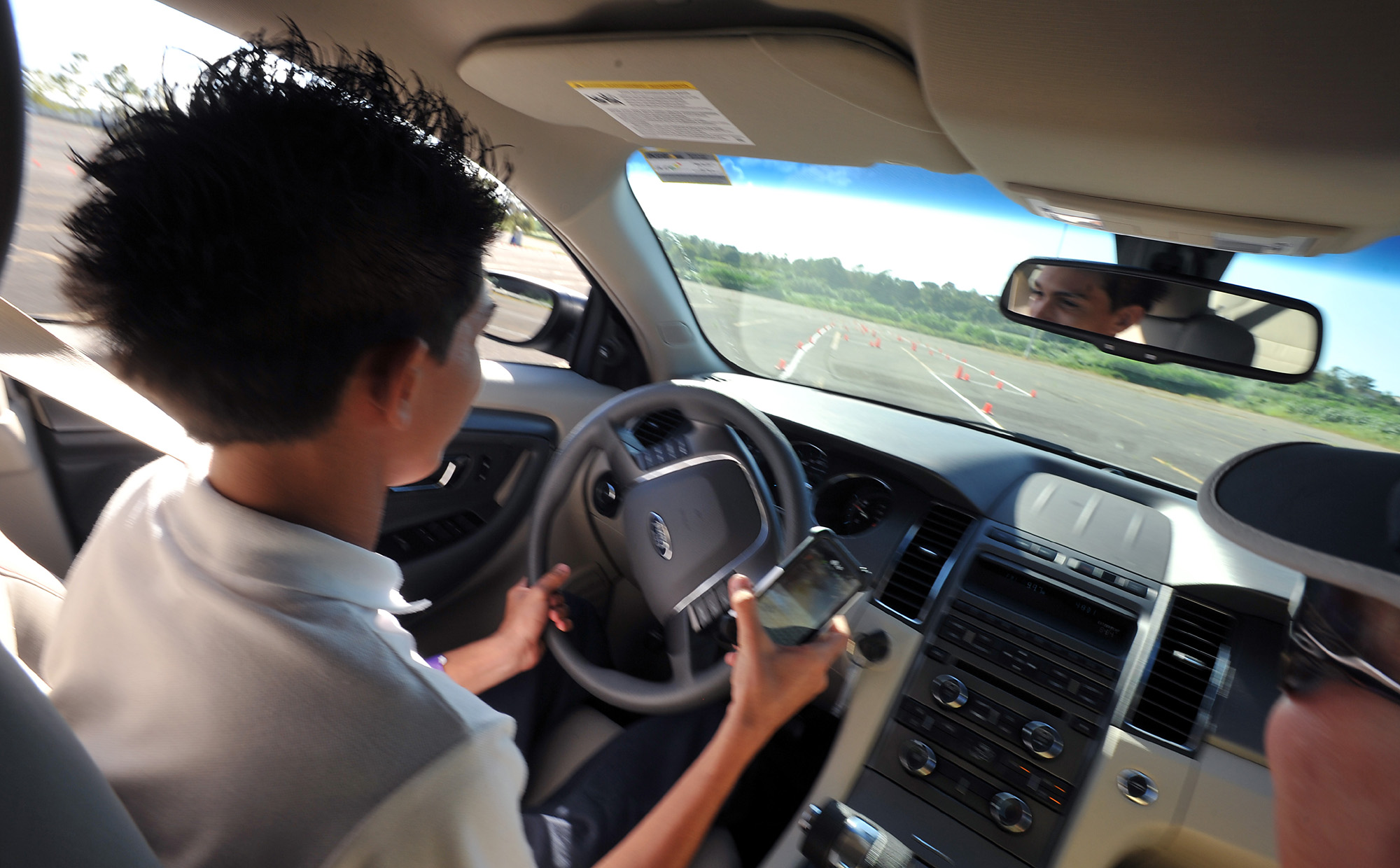 [lead dropcap="yes"]I’m not going to propose that texting and driving is something we should all do, as if it doesn’t affect anyone’s ability to drive safely. But like many cause célèbre, the way it is portrayed in the mainstream media tends to distort the reality in favor of a preferred outcome.[/lead]

The Boston Globe reports today that drivers in Massachusetts are receiving more tickets than ever for texting and driving since the law against it was passed in 2011. The article and the people interviewed for it seem to suggest that increased application of the law is its primary benefit. But is it?

The habit has had a devastating effect: Nationally, distraction-related crashes killed 3,179 people and injured an estimated 431,000 in 2014, the most recent year for which data was available, according to the National Highway Traffic Safety Administration.

There’s no doubt that the deaths of those 3,179 people was devastating to them and their families, but notice that it does not offer a context for those numbers to tell how devastating it is on a wider scale. In fact, in 2014, there were 32,765 total motor vehicle deaths in the US. That means distraction-related deaths accounted for less than 10% of all motor-vehicle deaths.

Oh, but is a “distraction-related” crash the same as a “texting and driving” crash? Not according to the National Highway Traffic Safety Administration, which compiles these reports. In fact, only 13% of the distraction-related automobile deaths were reported to have involved the use of a cell phone. That’s about 1% of all automobile-related deaths.

So in 2014, 404 fatalities involved texting and driving? Not exactly. Under “use of cellphone”, they include “talking on, listening to, or manipulating a cellphone.” So how many deaths nationwide were caused specifically by texting and driving, the behavior outlawed by the Massachusetts law? We just don’t know.1

There’s also a reason why we only have the US data, and not Massachusetts-specific data, because it’s not readily available. According to the Insurance Institute for Highway Safety, in 2014, Massachusetts had 328 motor-vehicle crash-related deaths, about 10% of the US total. That’s down from 347 in 2010, 374 in 2011, and 349 in 2012, according to the Mass. Office of Public Safety. We don’t have any records on distraction-related or cellphone-related deaths in Massachusetts though, but let’s assume that cellphone distraction deaths track with overall deaths at 10% of the national total. That means in 2014, three or four people died from using a cellphone while driving (again, not just texting and driving), each one a tragedy for those involved.

Has the texting and driving law changed anything?

But any deaths prevented by this law makes it worth it, right? Well, it’s debatable whether the law saved any lives. Traffic fatalities have stayed relatively level since 2010 in Massachusetts, and the whole texting phenomenon really only began a couple years before that. Has there been an explosion of texting-related deaths and accidents? If you just go by media reporting you’d think so, but the data doesn’t appear to bear it out.

But there is a real cost to drivers. In Massachusetts, a ticket for texting while driving is $100 for the first offense, $250 for the second, and $500 for the third. In all the data the Globe gives us, we aren’t told how many first, second or third offenses there were or how much revenue from the tickets was raised. Assuming that all were first offense tickets, That’s over $610,000 in 2015. If we assume a more realistic, but conservative breakdown of 80% first-offenses, %15 second-offenses, and 5% third-offenses, we approach $875,000.

There’s also the larger issue of how both the government officials and media report on this law. They trumpet the number of tickets given out, as if the success of a law is in its application, rather than the attainment of the actual stated goal of the law, preventing traffic deaths and accidents. That’s because there is no data to suggest that the law is actually doing that.

You can’t outlaw all distraction

And that goes back to my original objection to this law and others like it, which is that it outlaws a behavior that is like other behaviors that remain legal and one that is not proven to be more hazardous than others. It just gets more media attention.

About 1% of all injuries and deaths in car crashes are due to cellphone use (including talking on it, listening to it, using the GPS on it, using other apps on it, and texting on it).

The 90-plus percent of distraction-related crashes with injury or death are caused by talking to other people in the car, crying babies, listening to the radio, rubber-necking out the window, spilling hot coffee in your lap, and on and on. We’re not going to suddenly outlaw all those behaviors.

The point is that laws are passed according to what’s trending in order to give politicians a record to campaign on. What’s trending is based on media reporting. Media reporting is based on what captures the attention of the audience (at best) or on some attempt to manipulate the public (at worst). And with the rise of smartphones since 2008 and the “crotchety old man” attitude of “these kids and their fancy phones are going to get everyone killed with their texting”, reporting on cellphone-related crashes gets attention.

Just as an example, back in the early to mid-2000s, as Craigslist was eating up newspaper revenue by co-opting the classified ads, newspapers regularly reported on every possible Craigslist-connected crime as if it was the fault of the service and as if it was rampant. But now that Craiglist is no longer the sexy new thing, we hardly ever see those stories now.

But Uber and Lyft are the hot new thing that the old people don’t understand and we see every scary story about them reported all the time now. And so with texting and driving.

I will admit that occasionally, it is useful to receive and send a text or call while driving. Happily, Siri helps me send and receive them without having to touch the phone. But at other times I need to update the GPS or change the song playing or start a new podcast, usually while sitting at a light or in stop-and-go rush hour traffic. I also talk to Melanie while driving if she’s in the car with me or have kids screaming in the back seat or drink coffee or sometimes even drive while drowsy. Yes, I admit none of those are ideal and they are more dangerous than not doing them2, but is it possible to legislate ideal driving on our roads? I say it isn’t. I also say it’s not good for our society to try.