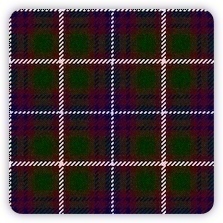 In the midst of all the moving in and the election excitement, I missed this endorsement of Barack Obama by editors of The Tartan, the student newspaper of Gordon College, a strongly Evangelical college in Massachusetts. The endorsement was reprinted in full on “Articles of Faith,” the blog of Boston Globe religion writer Michael Paulson.

It’s striking that a newspaper representing such a normally conservative Evangelical institution would take such a stance in favor of the most radically pro-abortion presidential candidate (and now president-elect) in history. (It’s important to recall, however, that the endorsement represents only the opinions on the newspaper’s editors, not the whole college community.)

What I find interesting and amusing is the rejection of Gov. Sarah Palin as a serious candidate, especially since she was the strongly Evangelical candidate in the race.

It has become very clear over the past few weeks that Governor Palin is grossly unfit for the job she is running for - much less, the job she would resume should something happen to Senator McCain. As recently as last week she was quoted as saying the role of vice-president was to “be in charge of the Senate.” This, in addition to her comments about the role of the vice president being left intentionally vague by the framers of the Constitution, reflect a lack of understanding of basic tenants of the position for which she is running. And in light of the secrecy and abuse of power in the last administration, Governor Palin’s “mix-ups” should be met with much harsher criticism. [Emphasis added]

Second, it’s “assume”, not “resume” and “tenet”, not “tenant”, and I’m not sure “tenet” is even the correct word choice in that sentence. This reflects a lack of understanding by the editors of The Tartan of the basic “tenants” of English grammar and usage.

Third, Governor Palin was cleared of the so-called abuse of power by an ethics probe, a judgment that came conveniently at the last minute before the election and was roundly ignored by the media, at least in comparison to the coverage that the allegations got. To say that she did not receive adequate criticism for these allegations is to have your head buried in the sand.

This is the type of muddled thinking even among those who should have been the most vocal opponents of a candidate who so completely represents the culture of death that gave us the results we have today.