Dems would defy will of the voters
2 comments
Share:FacebookTwitter
Mass. PoliticsNational politicsPolitics

Dems would defy will of the voters 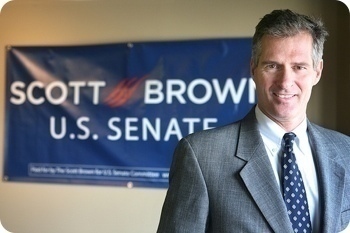 The special election to replace the late US Sen. Ted Kennedy is one week from today and Democrats are saying that, if Republican Scott Brown were to beat the odds and win, they plan to defy the law and stall his swearing-in until after a vote on the Democrats’ healthcare “reform” boondoggle. That way, interim Sen. Paul Kirk can be the key 60th vote to ensure passage of the bill, where Brown would be a reliable vote against it.

The justification for the delay is that the Massachusetts Secretary of State has to certify the election, which they claim would take at least 10 days to give absentee ballots time to be counted. But that hasn’t always been the case.

In contrast, Rep. Niki Tsongas (D-Lowell) was sworn in at the U.S. House of Representatives on Oct. 18, 2007, just two days after winning a special election to replace Martin Meehan. In that case, Tsongas made it to Capitol Hill in time to override a presidential veto of the expansion of the State Children’s Health Insurance Program.

That’s par for the course in Masscahusetts where the will of the people is regularly denied. When voters overwhelmingly voted to reduce a “temporary” tax increase that had been in effect for more than a decade, the Legislature simply ignored them. When voters demanded the right to vote on whether we want the bizarre construction of same-sex “marriage”, both the Legislature and the courts denied them the right. What’s so frustrating is that voters who are being denied their participation and representation in their own government fail to get outraged enough to vote out the politicians who are taking advantage.

Maybe it will become so blatant that even the blindest Democrat partisan will wake up and vote in his own best interest.