Buckle Up for a Bumpy Four Years
Share:FacebookTwitter
National politics

Buckle Up for a Bumpy Four Years 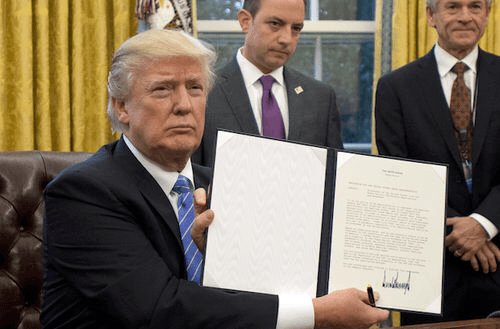 [lead dropcap="yes"]I declared last year that I would be a NeverTrumper, that I would vote third party before I voted for Donald Trump.[/lead]

Then last July I realized that if Trump were to somehow win the Electoral College and Clinton won the popular vote, it would tear the country apart like never before. (I wish I hadn’t been right on that one.) So I asked NeverTrumpers to reconsider so as to ensure he won both popular and Electoral votes.

Later, I began to embrace the idea of Trump as a pro-life and conservative ally, albeit a personally odious one, even as it became more and more certain he would lose. And then suddenly, he had won.

Meanwhile, in the first week of his administration we have made more pro-life and conservative gains than we did in the entirety of the last Bush administration. Not only did Trump defund International Planned Parenthood again, he reiterated his promise to appoint a Supreme Court justice who is a strict constructionist (i.e. will not find the umbras and penumbras used to justify Roe v. Wade in the first place); the House took the first step to repeal the bloated mess of Obamacare and to defund the Planned Parenthood Federation of America; and Trump appointed cabinet secretaries with the mandate to start downsizing bloated bureaucracies like the Departments of Education, Commerce, Agriculture, and Energy, among others. In addition, by sending Vice President Mike Pence to speak at the March for Life and publicly chastising media for its annual failure to give the March its due, he ensured it would get unprecedented media exposure this year. For these actions, pro-life conservatives rightly cheered.

On the other hand, Trump has followed through on some of his less savory campaign promises. He got into a diplomatic Twitter war with Mexico over the border wall. He ordered a freeze on all government research grants in several departments and issued a gag order on public communications in all executive departments.1 And worst of all, he ordered a halt to all refugee arrivals for 120 days and permanent halt to refugees from a handful of majority Muslim countries and created a giant mess of chaos and recrimination and anecdotal stories of innocents caught in jeopardy and a media firestorm that has even those of us who voted for him shaking our heads.2 This was the part of Trump-as-president that made me a NeverTrumper in the first place.

My social media feeds have been filled with heads exploding all over the place, and not just the usual liberal friends sprinkled in the mix, but a broad spectrum of people. And while I think that many were and are overreacting (No, Trump is not an incipient Hitler), there is justification for anger from all sides for this last misstep.

So this is what I've been preparing myself for: The next four years are going to be very bumpy, whipsawing between joy at some advance of the conservative agenda and chagrin or outrage over some bombastic excess and then back again. I can console myself that this is certainly better than what we would have got under Hillary Clinton, but I fear for what the future brings. Will people get so fed up over the excesses that Congress shifts to the Democrats in 2018? Will they get so fed up with Trump that we get some populist ultra-liberal (like Elizabeth Warren) in 2020?

My hope is that Trump settles down and gets in a groove. He's never held elective office before and so there's a steep learning curve. But as a prominent real estate developer in New York and New Jersey, he's certainly had to be a political wheeler and dealer. Let's hope that part of his personality helps him overcome this other nonsense.