Why I don’t like comic books
12 comments
Share:FacebookTwitter
Books 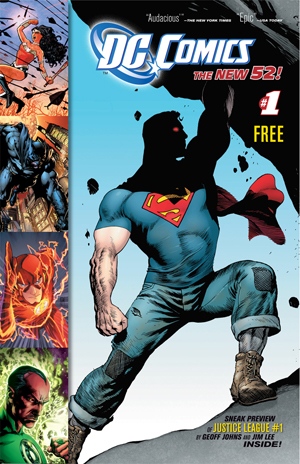 [lead dropcap="yes"]I have to come clean. I don’t like comic books. I tried. I really did, but I had to give up.[/lead]

Let’s start at the beginning. When I was a kid, I loved comic books. What boy didn’t? I liked Superman and Archie and Richie Rich. I wasn’t a superhero-snob. I loved all kinds of comics. At one time I had a box of comics that stood two-feet tall and I would dig through it regularly reading and re-reading.

For some reason that bothered my mom. Maybe she thought I should be reading real books instead. (Maybe she’ll chime in here in the comments.) In any case, one day they were gone. I remember being devastated, but after awhile I got over it and I never picked up the habit again.

Part of the reason probably had to do with the lack of a convenient place to buy them and little money to buy them with. Back then they were pretty cheap, but even so what little money I had usually went to, yup, real books.

Fast forward a few decades. Sometime in my 30s, around the end of the first dot-com boom, it seemed like comics got big again and this time they weren’t just for kids. There were these “graphic novels” for adults because they had sex and violence, but also regular comics too, mainstream superheros and alternative anti-heros and all that. From my outsider’s point of view there was a comic renaissance, but I still didn’t get back into them, I think still because they were not convenient to buy. By this time, I was buying all my reading material at Amazon and places that sold comic books were not on my regular list of places to visit.[1]

But another big reason was that I hate jumping into the middle of stories, especially complicated story lines. I always feel like I’m missing something or trying to catch up. And all the comic books I would think about reading were like that.

Fast forward to two years ago. I had just got an iPad and was reading as much on it as I could, most Kindle books, but a few magazines as well. I’d heard about the Comixology app for iPad, which is a sort of bookstore and comic book reader, and I thought it was a cool idea. Then I heard about The New 52.

DC Comics’ was relaunching all 52 of its major superhero comic book lines, starting over completely from Issue #1[2] and rebooting the story lines from scratch. This was perfect! I could go back to reading my favorite superheros and not have to feel like I need to catch up on 30 years worth of missed storylines. Best of all, the first issues of the relaunch would be free to download. Like crack, your first hit is free.

So I downloaded Comixology to my iPad and then started downloading my favorite superhero comics. But then I ran into the first difficulty: Which “favorites”? For instance, there isn’t just one Superman comic, there’s at least two: “Superman” and “Action Comics”. The latter, it turns out, mainly concerns when he was just starting out, but I was never certain the story lines overlapped. Batman is even worse. There’s “Batman”, “The Dark Knight”, “Detective Comics”, “Batman and Robin”, “Legends of the Dark Knight”, “Batman and Red Robin”, and so on. Then there are the spin-offs: “Robin”, “Nightwing”, Batgirl“, ”Supergirl“, ”Smallville“. And then the crossovers like ”Justice League", where the superheros are creating new story arcs interacting with each. And even though it’s a re-boot, there’s still a history I’m missing to explain, for example, all of Batman’s sidekicks.

But I gamely tried to get into it. I reasoned that many guys my age who I respected for their taste were comic book aficionados and I should try it too. So I started with a handful of series: “Superman” and “Action Comics”, of course as Superman was always my favorite. Also, “Batman”, “The Dark Knight”, and “Detective Comics”. “The Flash” because he was always my second-favorite as a kid because, you know, running so fast. And then “Justice League” to round it out because I thought it would give me a taste of other superheros like Green Lantern, Aquaman, and Wonder Woman.

I kept at it for a while, almost a year in fact. Each month, I’d buy and download another handful of comics. And even though I usually waited until they were being offered for below cover price, it was still a little expensive. I was downloading at least 7 different lines per month and by end I’d added a couple more. Twenty dollars may not be a lot to some, but it’s not nothing to me.

More importantly, I realized I wasn’t enjoying it like I’d hoped. I was putting in the time to read each issue, but I wasn't getting out of it what everyone else seemed to. Each issue was so short that it felt like the storylines advanced at glacial paces. And even where they did advance I’d forget after a month what happened and have to go back and read to understand what’s going on in the new issue. Then add the complexity of three completely separate storylines for the same character, Batman (were they in alternate universes? I never figured it out), and I was lost.

And the comic stories themselves were unsatisfying. Maybe I’m more of a word person and less for pictures. I don’t spend time on each panel, but glance at the image to get context and then the words to get the story and move on. Perhaps, the fault lies not in the comics, but in ourselves. I’ll grant that.

Yet after a year of trying I realized it was time to cut bait and admit that comic books aren’t for me anymore. Which I kind of regret because in a way I’m letting go of a piece of my childhood. And I would have loved someday to share an interest in, say, Superman or Spiderman, with my own kids, which I admit could still happen. Nevertheless, right now, I admit defeat. I’ll stick to my novel-length ebooks and leave the comic books to their fans and just hope that this admission doesn’t mean the permanent revocation of my Geek status.