The Heart of St. Padre Pio in Boston
1 comment
Share:FacebookTwitter
Archdiocese of BostonFaith and LiturgySaints 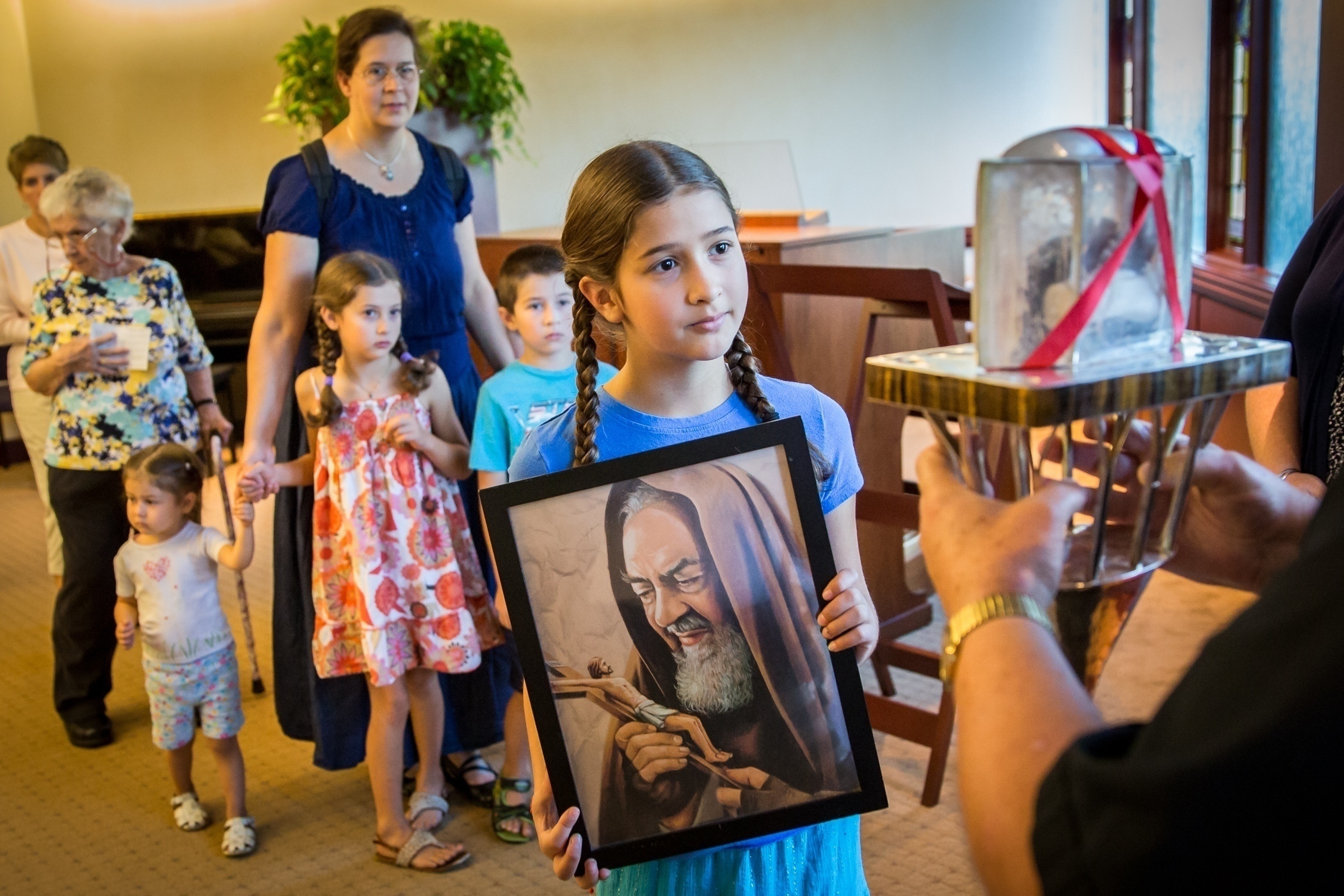 Update: They did make it there!

[lead dropcap=”yes”]Thousands of people in the Boston area, some even flying in from other parts of the country, are venerating the heart of Padre Pio this week. It is the first time a major relic of St. Pio has traveled outside of Rome and it is here in Boston at the request of Cardinal Seán, a fellow Capuchin, for the saint’s feast day in the Year of Mercy.[/lead]

The Boston Globe covers the initial veneration in Lowell and it’s funny to read the outsider’s perspective. We, Catholics, are a peculiar bunch and I can see why others think it’s weird. But human beings are weird and quirky, especially when it comes to those we love who are no longer with us.

You have to see George Martell’s photos of the visit on the Archdiocese’s Flickr page. You can see the full range of experiences and emotions that were present.

Melanie and the kids are going to the Pastoral Center in Braintree this morning for veneration. They’re bringing a picture of Padre Pio that came to us mysteriously. Several years ago, Melanie took the kids to daily Mass on Sophia’s feast day and as they come out after, a young man approached them with the picture and said that it was for them. Melanie had never seen him before and didn’t recognize him from the parish at all. The picture has been in the girls’ bedroom since then. They hope to touch the picture to the heart of Padre Pio today and make it a third-class relic.

I don’t know if I’ll be able to go. I hope to swing by the Pastoral Center on my way home this afternoon, but my guess is that after the noon Mass until the end at 5pm the place will be crazy with people.