The Light Shines in the Darkness
Share:FacebookTwitter
EvangelizationFaith and Liturgy

There's a photo of a letter going around social media. It's from an anonymous person to a neighbor, shaming them for putting up Christmas lights on their house. The complainant says that the Christmas lights are "a reminder of divisions that run through our society," of biases against those who don't celebrate Christmas or can't afford to put up their own. (Somewhat ironically this occurs in the town of St. Anthony, Minnesota, a town named after the saint known for celebrating the same Christ Child we celebrate at Christmas.)

Melanie also shared with me this morning a photo of a Hannukkah menorah, sitting in a window in Germany in 1932 against the backdrop of Nazi flags adorning a building across the street and a poem about Hanukkah written by Charles Reznikoff:

In a world where each man must be of use
and each thing useful, the rebellious Jews
light not one light but eight—
not to see by but to look at.

I love the sentiment expressed by that poem, that utility is not the ultimate meaning or end of people, and that decorative, symbolic light, whether that of a menorah or of Christmas lights, has a higher meaning than simply letting us see in the physical darkness.

What the original letter writer misses completely is that Christmas lights aren't a sign of division, but of unity. They are an expression of the inner and outer reality that Christ is the Light shining in the darkness.

I was talking with Isabella about the joy that Christmas decorations and Christmas brings, even when it's just Santa and reindeers and Jingle Bells because they an expression of the joy of Christ coming into the world to save us, even when those putting up the decorations or singing the songs aren't expressly acknowledging Him.

Even in an age where it seems Christ is more often forgotten or even reviled than praised and worshipped, we retain as a society a connection to the joy of Christ whenever we enter December. It may be called the "Christmas spirit" (or even the "holiday spirit", these days), but it is the Holy Spirit that infuses even the secular celebrations.

So when I put up my Christmas lights, I am not doing so as a message of "I am Christian and you are not." Instead, what I'm saying is that I am Christian and I express my love for you, my fellow man, and my joy through these lights and decorations with the hope that these lights in the darkness of December can bring you some joy as well.

And honestly, I have to wonder about this hypothetical person too poor to put up their own Christmas lights, if there is someone who desires to put up lights, but can't, would they rather have no lights, or would they rejoice in the lights that someone else puts up light for all to enjoy with them at no cost to others? Is that gift indeed not a selfless act?

The true light that enlightens every man was coming into the world. (John 1:9)

Merry Christmas to all. Even to you, Mr. Scrooge. Especially to you. 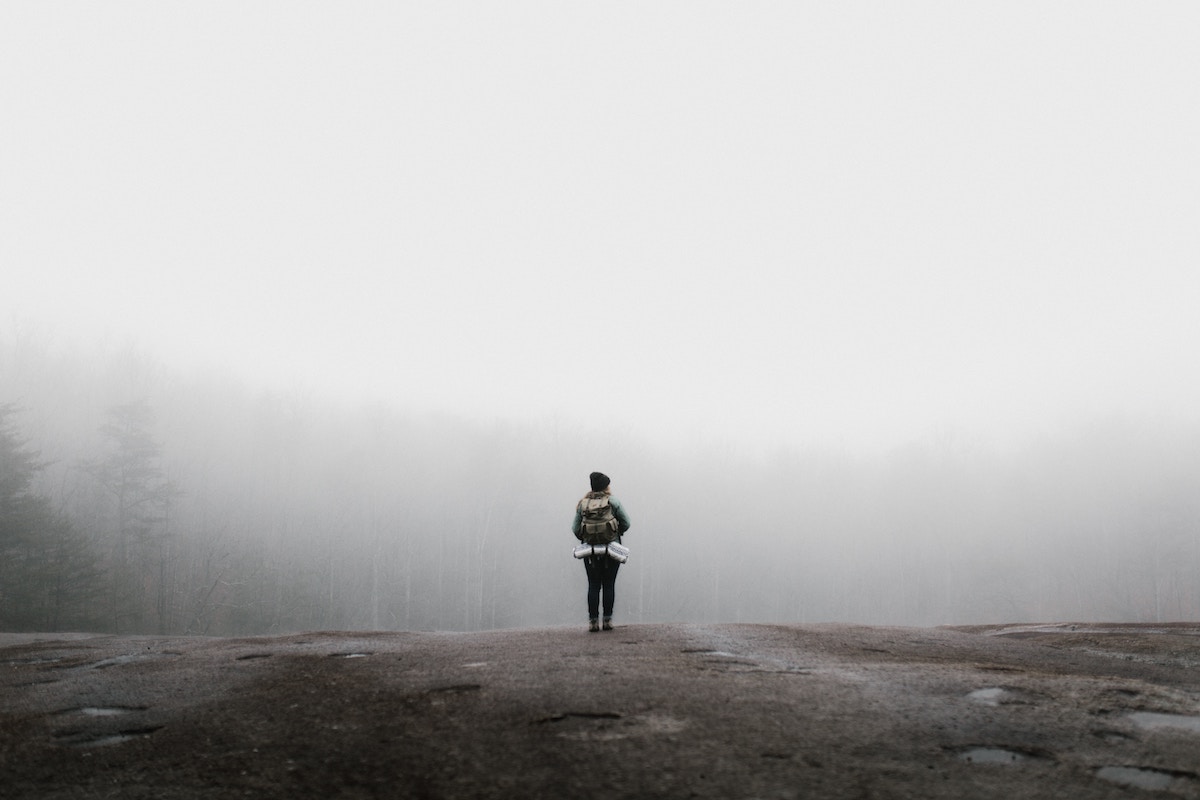 Where Would We Go, Lord?