Sarah Palin and the end of feminism 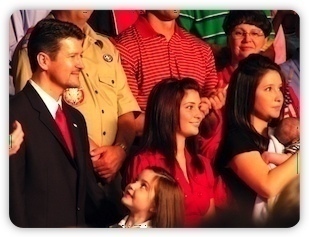 I realize now I think I haven’t written anything about Sarah Palin— at least here; I’ve been very vocal on the subject on Twitter and Plurk— but I will say that I think she’s the best thing to happen to this election season. It is evidence of the apathy about the whole GOP slate until this point that both Republicans and Democrats have reacted to her like she’s running for President, not Vice-President.

What’s so exciting about Sarah? Is it that she’s good-looking? I suppose that’s part of it. But I think the greater part is that she represents so much of the hopes and dreams of conservatives (and the fears of libverals). She has a normal American family: five kids, a rugged blue-collar husband, beautiful kids, a son in the Army, a life lived open to all life, even when it’s a greater burden than expected. In her politics, too, she is a candidate unlike many we’ve seen in recent years: pro-life, fiscally and socially conservative, opposed to corruption in government no matter the party involved. Even in the so-called Troopergate scandal, Palin is accused of using the power of her office to remove a law enforcement officer about whom she has personal knowledge of his alleged acts, despite the niceties of regulations. In other words, even if she’s broken the ethics rules—which is by no means certain at this point—it’s an action with which most Americans can sympathize.

Meanwhile, many folks are trying to understand the reaction to Sarah Palin, from both sides of the aisle. Genevieve Kineke, an expert on both authentic Christian feminism as well as its deformed secular counterpart, says that what enrages the Left is not her motherhood, but the fact she doesn’t reject fatherhood. The piece is entitled “The End of Feminism.”

Genevieve considers that the aim of radical feminism over the years has been to undermine fatherhood.

And so, when we are presented with the image of a woman who not only does not choose to take the life of a child the world considers flawed and a burden on society—despite their vaunted rhetoric of choice—but she also does not present the men in her life as obstacles. Instead she shows reliance upon her husband. Contrast that with feminist icon Hilary Clinton: Is there anyone who seriously doesn’t believe that Hilary has actual contempt for Bill? It’s a given in the national political narrative that their marriage is a convenient sham left in place for the sake of her career.

Pope Benedict XVI long ago diagnosed this particular disease, when as Cardinal Ratzinger, he said that the root cause of nearly every ill facing humanity is a crisis of fatherhood. After all, at its root, wasn’t that the crisis in the Garden of Eden? A crisis of trust in the father? A crisis of fatherhood that transmitted itself to Adam’s own children, Cain and Abel.

I guess this goes a bit far afield from the political discussion about Sarah Palin, but her candidacy does raise some interesting questions on larger issues.