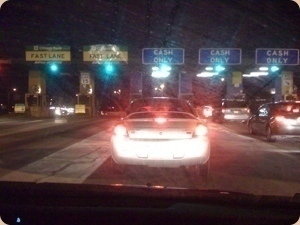 Liberals like to use taxation and regulation to bring about social engineering. Unfortunately, they also use those tools as an opportunity to expand the reach of government through new programs funded by those new taxes. Thus they tax cigarettes, for example, rather than outlaw it, so they can fund health-care for poor kids, which is one of the ways they sell the tax to voters. But when the tax has its effect, as in reducing the number of smokers, the liberals cry that these “vital” programs created by these taxes are under-funded, and so another new tax is born.

The latest example of this round-robin is the gas tax in Massachusetts. Years of increasing gas taxes, plus increases in the cost of oil, have forced taxpayers to buy more fuel-efficient cars—whether those cars are otherwise the best car for them or not—or to ride public transportation. This led to decreased purchase of gasoline and lower revenues from the gas taxes, which in turn led to shortfalls in funding for road maintenance and whatever other less necessary pork projects the solons on Beacon Hill dreamed up.

And so, they’re dreaming up new ways to tax us like Gov. Deval Patrick’s idea to create open-road tolling or tracking the mileage you drive and charging you a mileage tax. Open-road tolling means cars drive at highway speed through places on the highway where receivers in the road pick up radio-frequency transponders rather than forcing cars to slow down to go through electronic booths or to stop to give money to a toll taker.