Obama’s three-quarter billion and the myth of small donors 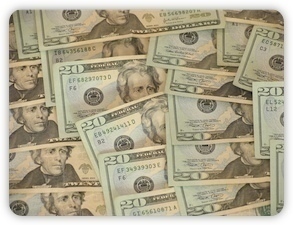 When a Republican presidential candidate raises hundreds of millions of dollars for his campaign, especially when it’s a record-breaking amount and he raises more than his Democrat opponent, the accusations from the Left come flying in that the Republicans are a bunch of fat cats that are bought and paid for by rich people and evil corporations.

Yet when we learn that Barack Obama’s campaign raised $745 million—compared to $653 million for Bush and Kerry in 2004 combined—we hear nary a peep, except to say that this proves Obama had a broad base of support from all those citizens putting their 20s and 10s in envelopes for the campaign. Except that’s not really what happened.

But while Obama has made much of his large number of donors, the nonpartisan Campaign Finance Institute found that Obama collected about 26 percent of his total haul from people who gave less than $200 — about the same as President George W. Bush did in his 2004 campaign.

And like other campaigns, Obama’s relied for nearly half of its fundraising on big donors, those who gave $1,000 or more, a finding that “should make one think twice before describing small donors as the financial engine of the Obama campaign,” the institute reported.

The irony is that while Obama eschewed taxpayer funding of his campaign so that he could raise three-quarters of a billion dollars from other sources, John McCain—the champion of so-called campaign finance reform—took federal funding and that ended up hamstringing his campaign. At least he stuck by his principle, even if I think its an ultimately wrongheaded one.

But the Obama campaign revelations should disprove the myth that Democrats aren’t funded by fat cats and corporations once and for all… if we had anything like an objective mass media, that is.