In the new home 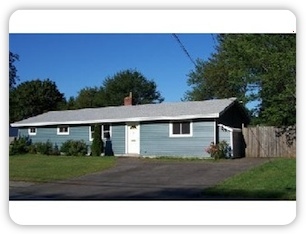 Yeah, I’m up and running! I know I haven’t posted in about a week now—and on the eve of a national election!—but we’re finally settling in to our new house in Holbrook, Massachusetts. I think I’m going to like it here. McCain/Palin yard signs outnumber the Obama/Biden signs about 10-1.

I won’t go into all the details of the last week, but here’s a brief rundown. On Wednesday, we were supposed to have our closing at 11am. But the time came and went without a finished closing package from the mortgage underwriter. Instead they kept asking me for paperwork and documentation of items they either had already received or should have asked for weeks ago. Apparently, they were calling my employer and former employers (and sometimes people who they mistakenly thought were former employers) while making me jump through hoops to get tax returns and explanatory letters to them. Finally, at about 4pm we got the call to head down, we hopped in the car and drove to the house to make sure it was still there, and then drove to the seller’s agent’s office where—at 7pm—we began signing a three-inch stack of papers that asked me to verify things like the fact that eating lead paint is bad for you.

On Thursday and Friday we made trips to the house bringing fragile and important items while Melanie’s father-in-law helped us pack. He has been a real godsend. Without him, I don’t think we’d have got everything done. Also on Thursday, we had our new appliances delivered—washer, dryer, and refrigerator—as well as had the cable installed (Internet!) and had a plumber out for an estimate. My father-in-law and I also took a trip to Lowe’s for what is sure to be the first of many visits there and to Home Depot.

On Saturday morning, the movers arrived bright and early. We filled Melanie’s and my mom’s cars with a s much as we could and sent them on their way, while my father-in-law and I hung around to supervise. (I took the time to meander next door to Treadwell’s Ice Cream for the last time to say goodbye to the owner, Tom. He’s a good guy and a good neighbor and he gave me a last orange sherbet freeze, on the house.) The hardest part of this element of the move is the sitting around waiting. And since the computer equipment was already packed, I couldn’t even go online. (I need an iPhone.)

The great part about the movers is that, even despite getting a little lost on the way to the house such that I had to drive out and guide them in, they still managed to come in $600 under their estimate. I’d recommend T.E. Andresen to anyone looking to move in eastern Massachusetts and beyond.

Since then we’ve been unpacking like crazy. The kitchen is smaller, so we’re dedicating some of the utility room to pantry space. We also don’t have a basement (we’re on a slab) so the shed out back will suffice for stuff that can survive the cold.

But the best part is the office/library. We’ve put almost all of our bookcases in here (9 of them) and filled them with our books (about 40 moving boxes, although they don’t all fit). It looks like a real library! Melanie and I have always wanted a real library and I think this qualifies. Although someday I want floor-to-ceiling built-in bookcases. That goes on my to-do list.

And now I’ve finally got my desk setup, although it’s only temporary. The old desk I’m using is a bit flimsy and already got a bit abused in the move so we’ll need a new one. I’m thinking this one. But until then, I’m happy to be back online.