Camping memories for my kids 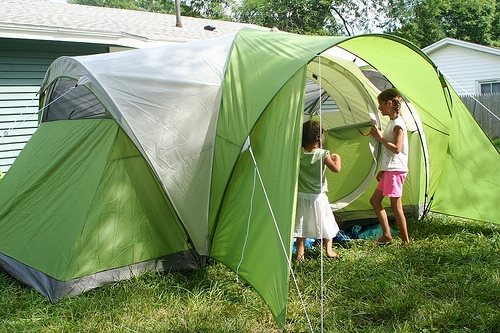 [lead dropcap="yes"]Camping was a part of both my and Melanie’s childhoods. For me it was both Boy Scouts and camping with my family, primarily in Maine, although a few times in other places, like Cape Cod or Nova Scotia. Often it was in the 19-foot RV trailer we owned.[/lead]

As an adult, I used to go on camping trips with friends, usually the young adult group from my parish or as an adult leader for the youth group. We did those in Maine and New Hampshire as well. But I don’t think either Melanie or I have been camping since we’ve been married. I aim to rectify that while also passing on the same great memories of the great outdoors to my own children. 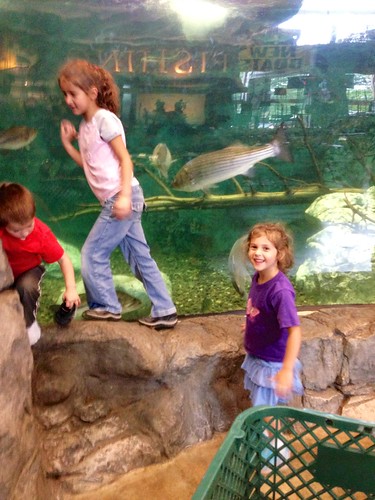 Having relied in the past on a collective set of camping gear owned by friends I always went with, I’ve been slowly creating my own cache of gear over the past few months. I’ve purchased a Coleman Propane Stove 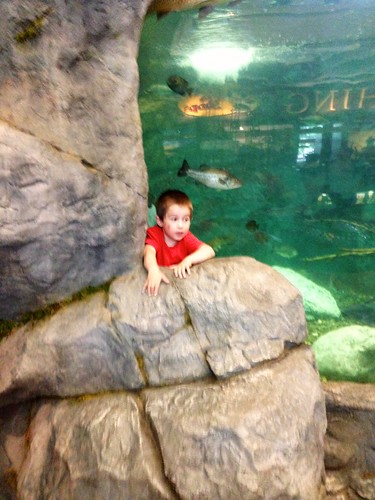 We needed a few more things before our next trip, so on Friday, which just plain rainy and thus a perfect day to be indoors, the whole family packed up for Bass Pro Shops in Foxboro’s Patriot Place, right next to Gillette Stadium, home of the New England Patriots. This has become another one of those family outing places. It’s more than just a store to the kids because of the stuffed animals, the giant fish tank, the turtle pond, and the big fishing boats for sale. While Melanie was content to lounge with a book in a comfy chair by a fireplace larger than our bathroom, I took the kids to the camping section where we looked like Arnold Schwarzenegger in “Commando” loading up at Surplus City before going to battle. 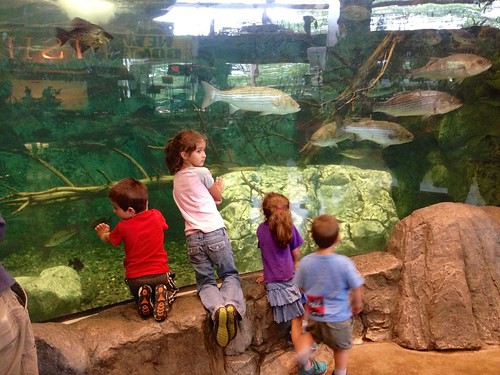 I picked up sleeping bags for the kids, a new camp tool, water jugs, propane fuel, and a few other things. With that and our other gear we already had, we should be mostly all set. 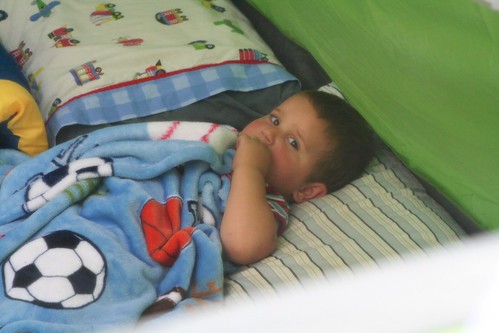 Saturday, with the sun shining, I set up the new tent in the backyard, aiming to spray waterproofing all over it. However, the kids had other ideas. They were so excited that they brought out their new sleeping bags and then begged to allowed to sleep in the tent all night. We decided to let them have a preview of the camping experience and said Yes.[2]

Melanie and I took bets on how long before the three younger ones would be in the house in their beds. We figured Bella would make it all night. It turned out we were right. Anthony changed his mind right after we zipped them inside. Ben was in less than an hour later. Sophia was soon after that. But Bella wasn’t deterred. She told me how comfy she was in her new sleeping bag and how very happy it made her. I think she was imagining herself as Laura Ingalls Wilder camping out on the frontier with her family.

We plan to head out for real very soon and I hope that having mom and dad in the tent will provide a little more stability and less uncertainty. Because I’m really looking forward to some new memories of camping fun for our family.

Tips for Texans for dealing with snow

The contrasts of spring

Latin in Maine and the Boston-LA connection