At the CNMC
Share:FacebookTwitter
InternetTechnology 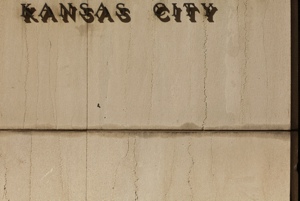 This weekend I’m at the Catholic New Media Conference in Kansas City, KS, as part of my work as Creative Director of Pilot New Media in the Archdiocese of Boston. We hosted the conference at the Pastoral Center in Braintree last year and it was such a great opportunity to connect with people in the same field that both I and my boss Scot Landry came out for this one too.

We’re at the Savior Pastoral Center of the Archdiocese of Kansas City. In addition to their archdiocesan offices, this former minor seminary also has a retreat center, which is a great convenience and they’re very nice rooms to boot.

I got in late last night. My flight out of Boston was delayed due to weather and after arriving in Kansas City, MO, across the river, I drove her in my rental car and was finally in my room by about 11:30pm local time. I was still keyed up from travel so didn’t get to bed about 2:30am, which would be worse if I wasn’t regularly getting such little sleep from our children waking me up in the night.

Tomorrow is the main conference with a series of keynote speakers and breakout sessions.

I’ve already had a chance for some great conversation with folks here over a long breakfast after Mass this morning. To me, that’s the best part of these gatherings.

If you’d like to follow along, you can follow the hashtag #cnmc11 on Twitter. (Tweetchat is a great tool for that.) You can also see live streaming of some of the presentations at the SQPN site. Photos will be posted to the CNMC11 Flickr group. And of course, check the usual social networks: Facebook and Google+.

I hope to offer updates here as I can, but I’ll be posting at least on the social networks.