A government with newspapers or of newspapers?
Share:FacebookTwitter
Media 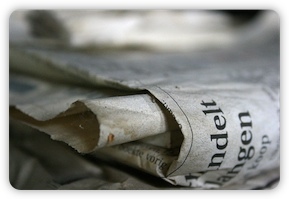 A couple of op-ed contributors to the New York Times warn of a dire future:

Today, we are dangerously close to having a government without newspapers.

I think we’re already past that point, especially as you watch the press fawning over their new president and becoming a virtual extension of the White House and the Democratic Party.

This is the heart of the problem faced by the mainstream media. While the investment gurus from Yale write in their essay about the business challenges faced by newspapers, they miss the very real point that for many Americans newspapers have become more and more irrelevant. The readers turn to non-newspaper online sources not just to have their biases confirmed but to get the other half of the story that a biased media so often don’t— or won’t— present.

The authors’ even make the revealing error of juxtaposing newspapers vs the Internet, missing the point that the Internet is just a new medium to replace newsprint, not an actual competitor. Of course, the beauty of the Internet is that it no longer takes a millionaire to own a printing press and reach a mass audience and for the first time the old guard have to compete against those with a zeal they have lost.

So are newspapers failing because Craigslist is eating up their classified ad dollars? In part. But just as equally, they’re dying because they fail to recognize that epic shift happening around them and they continue to become more irrelevant as shills and not objective sources of news.