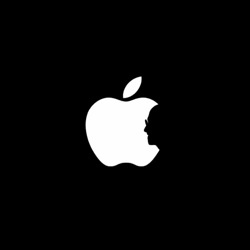 Gawker.com is a tasteless and vile set of websites. I’ve felt their hateful sting personally. (I’m a big boy, I can take it.) And I’ve seen it wielded against people I know. They are lacking in taste, sensitivity and class.

Steve Jobs was no saint. Anyone who claims otherwise either doesn’t know anything or is kidding themselves. But those of us who posted remembrances over the last few days weren’t just glossing over those parts of his life. We were engaging in something called graciousness. As a society, we used to abide by civilized niceties like not speaking ill of the dead, at least before they’re buried. Remembering the good. The bad will be remembered on its own in time.

Some will say that there is already a sort of hagiography of Jobs being built. They may be more widely read on the subject, but I think I’ve read a fair number of posts and articles and I don’t recall seeing anything that ignored his fallen humanity or that failed to remark upon his remarkable temper and/or arrogance.

I’m curious if any of the folks re-posting Gawker’s tasteless folderol noticed that one of the criticisms they level against Jobs as a defect is that he prevented pornography from appearing in any of his app stores. That’s a virtue in my book, not a vice.

Some claim that Jobs also blocked worthy iOS apps on the basis of having Catholic content. I’m only familiar with one app that was rejected, related to the Manhattan Declaration, which was technically not a “Catholic” app. The declaration is a pan-Christian effort. And I don’t recall any definitive explanation for why it was rejected, just speculations.

Like I said, not speaking ill of the dead before they’re even cold in the grave, to put it bluntly, used to be considered good manners. I’m sorry to see how many self-appointed cold-water-throwing truth-revealers choose to ignore it by getting in bed with the lowest sort of “journalists”. And I found the Gawker article to be anything but balanced, relying as it does on assertions without accompanying data.

Steve Jobs was a hard and driven man who sought perfection in himself and others and sometimes he wasn’t “nice”. Well, excuse me if “nice” isn’t on my list of top 10 personal qualities. Plenty of the best people and most accomplished people were criticized for not being “nice”.

Again, I know he wasn’t a saint. He was an immensely talented man who had a vision that he pursued and he changed the world doing it. Consider the device you’re reading this on. Without Steve Jobs it would be immeasurably less easy to use and probably much buggier.

In 30 years, we’ve gone from computers the size of refrigerators that you interacted with via white letter on black background text-only screens to computers that fit in your pocket, that can connect to nearly the totality of human knowledge, and can now respond to natural language commands to accomplish all sorts of tasks. Steve Jobs didn’t take us from point A to point B by himself, but it’s safe to say that without him we’d be a lot further away from point B than we are today. Point B wouldn’t even be a dot on the horizon, in fact.

Gawker’s stock in trade is classless contrarianism and controversy. Some say Gawker might have done us a service despite itself, in exposing the scandal of the working conditions of the Chinese factories that build Apple products. Even there I don’t think it’s a criminal scandal deserving of special exception to the rules of civilized discourse, in that Apple has already taken steps to address problems with the subcontractor responsible, including moving some manufacturing to Brazil. Not to mention the issue of working conditions in China is an issue for all American industry, not just one and it’s a bit unfair to single out Apple as the bad guy. As a shareholder and a fan of the products, I have kept up with this issue and they have responded to criticisms of working conditions.

I try to follow Chesterton’s approach in that he can see both the good and the bad. He could applaud and critique the ideas of his friends such as H.G. Wells and George Bernard Shaw while remaining their friends. Usually what we find though in the case of the world of ideas is that not only are the ideas attacked, but the person themselves is to be personally attacked. This always moves a response to idea into something more hateful which does not serve the cause of projecting the response forward. Modern politics is full of this. We are not allowed to applaud anybodies accomplishments if they had personal flaws. Columbus Day being a case in point. Rather we should be doing a both/and of acknowledging what is good and not minimizing what is bad.

Those who link to and re-post Gawker’s manipulative and often factually suspect drivel ought to think twice about it.