The morning after
20 comments
Share:FacebookTwitter
Politics 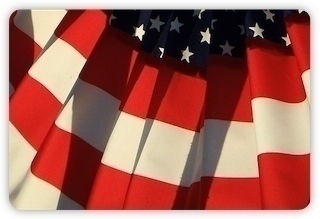 So the election is over. Does anyone know when the Ascension to the right hand of the Father is scheduled?

So what now? We ask. We have the most pro-abortion president in history coming into the White House. At least Clinton was an opportunist who tried to govern according to the shifting political winds. In Barack Obama we have a true believer.

Nevertheless, there are some bright spots. Barring unforeseen tragedies he will appoint maybe one or two Supreme court justices, replacing members of the liberal wing of the court and maintaining the current balance. It is also my belief that in 2016, Hilary will be too old to run for president. In 2012, Sarah Palin could be hitting her stride. And let’s not forget Proposition 8 passed in California.

So let’s just make it clear from the outset that Obama was elected by a majority of Americans and that he has won the electoral college, fair and square. While I disagree nearly diametrically with many of his policies, I do not hate the man. Nor am I racist for disagreeing with him. That disagreement has nothing to do with the color of his skin, but with the content of his ideology.

Hey, here’s more bright spots I just thought of: John Kerry and Deval Patrick will probably be leaving their respective positions representing the people of Massachusetts for an Obama administration.

On the whole, though, the sun rose this morning, the Lord is still sovereign, and I have a minivan to get fixed ($800 in repairs, by the way) and a house to unpack. Life goes on.