The first victim of bullying was morality in schools
1 comment
Share:FacebookTwitter
CultureMarriage, Family and ParenthoodMass. PoliticsPolitics

The first victim of bullying was morality in schools 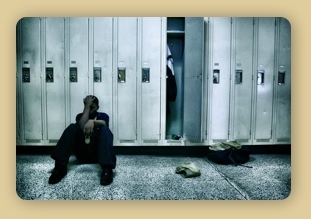 The big news in Massachusetts right now is the effort to passage a comprehensive anti-bullying bill in the Legislature, which some say is the toughest in the nation. Yet critics complain that it doesn’t go far enough. But can any legislative action really find a solution to the causes of bullying among children?

Phoebe Prince was a 15-year-old immigrant attending high school in the rural Western Massachusetts town of South Hadley. By all accounts, she was in a living hell constructed by jealous female classmates and their male accomplices, angry that she had the temerity to date a popular guy when she was new to the school. In January, fed up with the bullying, Phoebe hanged herself at home where her younger sibling found her. Since then, anger and outrage has erupted against the teachers and administrators who some say knew or should have known about the bullying and did nothing. The outrage turned into the predictable scene of grandstanding politicians vowing to pass a law to fix the problem.

But can any law really fix what’s wrong here? I doubt new laws can fix pretty much any of our problems, yet we’ve grown accustomed to demanding such action when the news reveals another outrage or horror that evades easy fix. We don’t like to consider that the way to deal with such social problems doesn’t allow a quick fix.

So what’s the solution? It might be easier to look at the problem. In another Massachusetts school district an administrator was criticized for proposing a ban on middle-school girls showing cleavage with the scanty clothing. That’s right, 12- and 13-year-old girls. This is apparently a problem because they’ve already banned midriff-baring clothes and exposed underwear. As a father, there’s no way one of my girls is leaving this house at at any age with such clothing. That’s my job as a father. It seems not all parents see it that way.

The proposal was shot down because it “unfairly” targets girls. In that case, I’m okay with a ban on cleavage-baring clothes for boys. Seriously, the real problem here is evinced with the school committee member’s backtracking comments after the proposal’s failure:

“My personal experience in the classroom and supervising the classroom was that exposed cleavage was distracting to students in the classroom. As a result, I just thought I’d bring it up,” said School Committee member Fran Simanski of the Tantasqua district, which serves students from Brimfield, Sturbridge, Wales, Holland and Brookfield. “I have zero interest in being any kind of moral compass.” (Emphasis added)

Right there is your problem. He states, almost matter-of-factly but definitely defensively, that he doesn’t want to be a moral compass. In fact, it is a matter of public educator orthodoxy today that “imposing” morality or any kind of traditional values forbidden. Thus, the people in charge of our children’s formation and education for six hours per day have abdicated responsibility for helping parents set their moral compass. Meanwhile, every other societal structure concerned with inculcating moral behavior in youth has been attacked, marginalized, or perverted: churches, Scouting, sports leagues. Many children still receive proper formation in these places, but far fewer than once there were. At one time, parents could rest assured that society was just as concerned as them with ensuring their children became moral adults. But now too many adults are more concerned with being cool and admired by kids.

Ask anyone who was in school before, say, 1960, what it was like. Children were expected to live up to certain standards of decorum, dress, and, yes, morality. Today, we’re having a hard time keeping small-town kids from turning “Lord of the Flies” on each other. Good thing educators have “zero interest in being any kind of moral compass.”