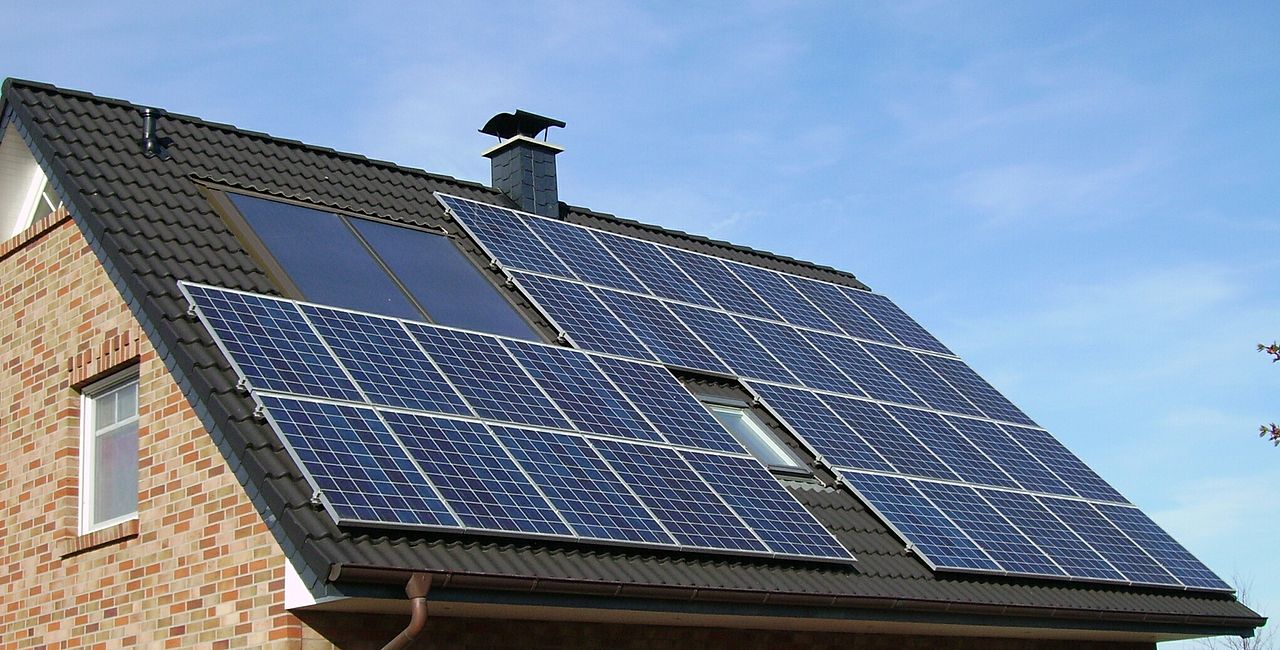 [lead dropcap="yes"]My brother had solar panels installed on his house by SolarCity about 3 or 4 years ago now, right near the beginning of the new leased solar panel trend. In the past, you had to buy a solar panel setup outright, often at the cost of tens of thousands of dollars outlay. Even with tax credits and electric savings, you wouldn’t see a return on your investment for years. But the new solar panel leasing allows you to get panels on your roof for a low monthly fee. You don’t own the panels, but maintenance is taken care of by the vendor and, in our case, we’d save about half off our utility bill.[/lead]

This seemed like a good deal so we contacted my brother’s salesman, but because of a number of distractions we never followed through. Earlier this year, I saw something from Google about going solar where I could enter my information and several different solar companies would contact me about their services. I did and heard from one, Vivint. They gave me their pitch, which outlined what’s involved and how much we would pay.

The way Vivint works is straightforward. We agree that they will install a solar panel grid on our roof that provides enough electricity to cover our peak consumption and they sell us the electricity at the low price of 2.9 cents per kWh, which is one-third of what the utility charges. That price is guaranteed not to go up more than 10 percent per year for the 20-year life of the agreement, which is a lot less than what traditional electric increases have been. However, there are limitations: The solar panels doesn’t produce at night, obviously, but there’s also no battery system to store what’s produced during the day. So we have to use the electric utility’s power, at their rates, at night. However, by law, the utility has to buy any electricity produced during the day that we don’t use, which creates a credit, and so at night (or on dark, stormy days) we draw off that credit balance. We may still end up with a net negative balance with the utility and so we pay that at their kilowatt/hour rates.

Okay. We thought about it and it seemed like the way to go for us. So we started with a site visit. They have a guy come to the house and he crawls around the attic to make sure the roof is in good shape to support the panels and looks at our electric box to make sure it can handle the load, and so on. then the paperwork starts. I wasn’t excited about some of the conditions we had to agree to, but I was fairly certain we’d be okay. Then came the kicker.

National Grid, our electric utility, came back to Vivint and said that in order to add our solar panel installation to the local neighborhood grid, the transformer on the street would need to be upgraded and that I would have to pay for it. They couldn’t give me the cost, but it could be as much as $3,500. In other words, they were saying that given the current load—including several solar panels installations already in place—I would be the threshold customer to push the transformer over its load.

I don’t have $3,500 laying around. And I’m certainly not in the habit of paying for infrastructure upgrades for multi-million dollar (or billion) companies. From my point of view, I was being asked to subsidize not only National Grid and Vivint, but every neighbor who installs solar panels after me. I’m a good neighbor but not that good.

I said, No thanks and dropped the whole thing.

A few weeks later it was still nagging me and I wondered if maybe a different solar company would be able to go where Vivint wouldn’t. Enter SolarCity, again. Long story, short: They agreed to meet the price and kilowatt/hour production of the Vivint system. Even though I explained the prior trouble up front, they couldn’t determine if they could do any better without following the process because … bureaucracy.

I will say, though, that SolarCity’s customer service and customer tools are much more advanced and thorough than Vivint’s. Skip ahead through the inspection and proposal and paperwork to late August and once again National Grid says we need the upgraded transformer.

The SolarCity representative offered two paths, either reduce the number of panels to just one-third of the prior size or get a price on the transformer. Reducing the size of the installation is a no-go for me because by then the savings are negligible and then I’m locked in for 20 years. So I ask him to move ahead and get a price and see if SolarCity will cover it. The price comes back under $1,000 and if Vivint had been able to get this number and offer reimbursement, I might have stayed with them. Then a couple weeks later I hear SolarCity will cover the cost.

That’s the good news. The bad news is that it will take anywhere from 12-28 weeks, i.e. 3 months to more than 6 months!, to install the new transformer and only then can we schedule the panel installation. At that point it will more weeks and months to install and then get it inspected before it can be turned on. By the time this whole process is done, it may be another whole year!

If the savings weren’t so significant, I would have just dropped the whole thing a long time ago, but it’s just so tempting. And aggravating paying these huge bills every month knowing how much less I could be paying now. Oh well.