How old are your smoke detectors?
17 comments
Share:FacebookTwitter
Marriage, Family and Parenthood

How old are your smoke detectors? 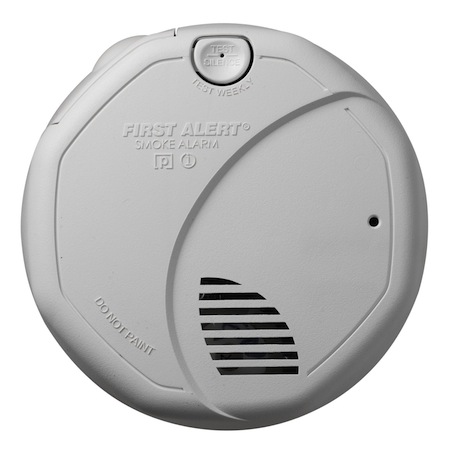 [lead dropcap="yes"]Everybody knows about one of the expiration dates for home smoke detectors: Every six months– or when we change the clocks in the spring and fall– you should replace the batteries, if they are battery-powered. But did you know that there is another expiration date?[/lead]

I didn’t until recently. I noticed that one of our smoke detectors had been chirping incessantly, even after I’d replaced the batteries and I was wondering if there was something wrong with the detector itself. I started doing some research on the Net and found out that smoke detectors themselves have an expiration date. In fact, you’re supposed to replace them every 8–10 years, according to the US Fire Administration, which is part of FEMA. This makes sense, if you think about how the detector works. The sensors that detect the smoke and/or heat age and become less effective over time.

The other benefit to replacing the smoke detectors is that the technology improves over time. Modern smoke detectors are less prone to false alarms due to cooking and have features like built-in wireless networks, so that for example if a detector on the first floor goes off, all the detectors will sound the alarm, saving you precious minutes.

You can tell how old your smoke detector is because they have a date of manufacture printed on them. If they don’t have a date, it means they are more than 10 years old, from a period when the dates weren’t required, and you should definitely replace them. So I went about checking the dates on the smoke detectors in our house and sure enough four of them had no date, while the rest were about 6 years old.

I decided to replaced the expired detectors with ones that have ionization and photoelectric sensors because each detects slightly different kinds of fire. Better safe than sorry. I settled on the First Alert SA320CN Double Sensor Battery-Powered Smoke and Fire Alarm

because they weren’t too expensive and had good reviews on Amazon.

As for the smoke detectors I didn’t replace, I put a timed reminder in my project management and to-do list software of choice, Omnifocus, to alert me in 2017 to buy new smoke detectors and replace those. And then I created repeating reminders to remind in perpetuity.

How much does peace of mind cost? Not very much after all.

Update November 2018: When it came time to replace the expired smoke detectors in 2017, I chose to switch to the newer Nest Protect, Smoke and Carbon Monoxide smoke detectors. I like the ability to silence them from my phone and to be able to figure out which one has a low battery at 2am by looking at the app and not having to listen for the intermittent chirp that could be coming from anywhere in the house. They're more expensive, but the convenience is worth it to me.

Here are some more smoke detectors that others have found suitable for different use cases than mine. I haven't used them myself so I'm not making any recommendation on them.

Disclosure of Material Connection: Some of the links in the post above are "affiliate links." This means if you click on the link and purchase the item, I will receive an affiliate commission. Regardless, I only recommend products or services I use personally and believe will add value to my readers. I am disclosing this in accordance with the Federal Trade Commission's 16 CFR, Part 255: "Guides Concerning the Use of Endorsements and Testimonials in Advertising."