Learning about my treasured relic of Bl. Pier Giorgio Frassati 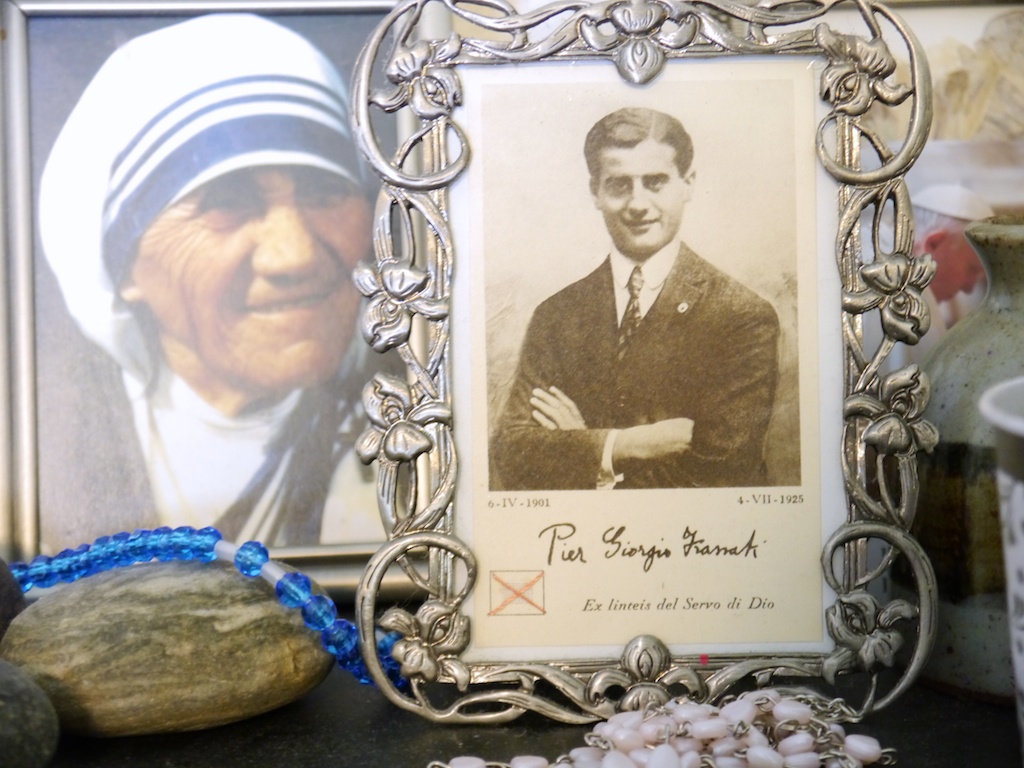 [lead dropcap="yes"]In August, Brandon Vogt shared that he had a holy card and relic of Bl. Pier Giorgio Frassati from Archbishop Peter Sartain of Seattle. Here’s the archbishop’s explanation of the provenance of the relic:[/lead]

"This prayer card was given me by Blessed Pier Giorgio Frassati’s niece, Wanda Gawronska, who lives in Rome and is a friend of mine.

The card is a bit fragile, since it was printed in the early 1930’s. For many years, while Frassati’s cause for canonization was interrupted, these cards remained in storage. The little piece of cloth sown to the card at the bottom left is a snippet of the sheet that was on his bed when he died, very suddenly, of what was suspected of being an acute case of poliomyelitis, which he probably contracted from one of the poor he had visited a few days earlier.

Here’s a translation of what’s on the back of the card:

“At twenty-four years old, earning his engineering degree, robust, playful, beloved. He saw his last day suddenly and, as always, greeted it serenely as the most beautiful day of all.”

What made me particularly interested in this prayer card and relic is that I have one just like it, but I never knew the back story. I’d received the card, along with a few other things, from Wanda Gawronska some years back. She’d contact me about my Bl. Pier Giorgio website, now part of this site, which I believe is the oldest on the Internet. I’d started a page on PG back in 1994 on my old AOL member space after having seen an exhibition and talk about Frassati at Franciscan University of Steubenville. The minister-general of the Franciscan TORs at the time came to talk to the university community about how he was healed through the miraculous intercession of Pier Giorgio, the miracle which led to the beatification. I was so impressed, so touched that I immediately had a devotion to this young man on the road to sainthood.

Some time later, I got an email from Wanda asking about the site and thanking me for creating it. We kept in touch occasionally over the years and at one point she sent me some things, including the relic. I knew it was a relic when I received it, but had no idea of the history or even what the original material had been.

Thank you, Brandon, for sharing your gift from Archbishop Sartain with us and thus letting me know a little about my own relic, which I have long prized.

Incidentally, the Frassati relic resides on my prayer shelf alongside a first-class relic of Bl. Mother Teresa (a few strands of hair) given to me by the local community of the Missionaries of Charity after I helped them attend a talk by Scott Hahn at my parish, and a third-class relic of St. Faustina that I received when one of the nuns from her convent came to give a talk at Steubenville.