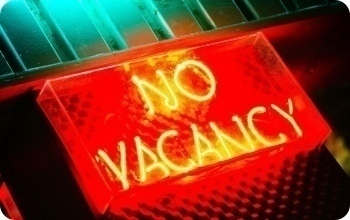 One of the many myths surrounding Christmas and its celebration is the idea that Joseph, Mary, and Jesus were homeless. This “fact” is used today as a segue into a discussion of the plight of the homeless, especially in what is in the northern reaches of the northern hemisphere, a dangerously cold season.

The most recent appearance of this myth comes in a column by Boston Herald columnist Peter Gelzinis headlined “A homeless problem 2,000 years old.” Gelzinis is recounting a recent religious service at an Episcopalian church in Boston dedicated to the homeless and those who serve them.

Let me be clear: I think this is a good thing. We should pray for the homeless and we should care for them as well. No one should be homeless. But you do your cause no good when you espouse comepletely ridiculous assertions and comparisons.

The general public, scurrying about for a last-minute Christmas bargain, seemed largely oblivious to the fact that the story of Christmas is the story of a homeless family.

Joseph, Mary, and Jesus weren’t homeless. They had a home in Nazareth, but they went on a trip to Bethlehem, where there was no room at the local hotel. If the Holy Family was homeless, then every traveler heading home for the holiday this week who gets stranded in an airport by weather, whose airline reservations are lost, or whose hotel unexpectedly fills up is homeless, regardless of the home, apartment, or condominium they will return to next week. You’d be more accurate to use the Nativity as a means to highlight the plight of the beleagured tourist.

But the ridiculousness doesn’t end there. The minister comes up with another whopper.

“Hundreds of (homeless) bodies later, hundreds of condos later,” Tiernan seethed, “we’re still holding services like this one. In a few short days, we are about to welcome into the world the world’s first homeless little boy.”

What? Does he mean to suggest that off all the tens or hundreds of millions of people born before Jesus, that he was the first homeless little boy? What about the tribes of Israel who wandered in the desert for 40 years after leaving Egypt. I bet there were some homeless little boys among them.

For that matter, what about Adam and Eve? After breaking the terms of their lease, their Landlord evicted them from their garden-view dwelling, and they had to sweat and toil to make ends meet afterward.

Homelessness is indeed a problem, one which we should all try to alleviate and address in the ways that will actually accomplish some good. One of the activists quoted in the story notes that he remembers when there were no homeless shelters in Massachusetts and now there are 150. I think he means it like it’s a bad thing. But the fact is that over the past 50 years a big social safety net has been created to help the homeless. Indeed, there are many more homeless today than there were 50 years ago, and the reason for that is multi-faceted: Mass de-institutionalization of the mentally ill that callously shoved them into the streets; inflated housing markets that put housing out of reach of many and then cast others out of their homes when the bubble burts; massive increases in overall tax burdens that eat up income that could go toward adequate housing; and so on.

We should pray for all those who have no shelter, just as the Holy Family had to seek temporary shelter on the first Christmas. But let’s not do them the disservice of distorting what really happened for the sake of making a social justice point.