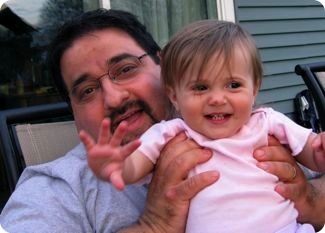 Time and age eventually claim us all. No, I’m not writing a morbid posting about growing old and entering my mid-life crisis. Instead, I’m here to tell you that I have succumbed to reality and am now a wearer of eyeglasses.

You have top understand that I have long been proud of my superior eyesight. When I was entering Navy ROTC back in the flower of my youth, I had to undergo a battery of medical tests and the optometrist who tested my eyesight gave me the happy news told me that I had 20/16 vision, which means I could see farther than the average mortal, which is especially helpful for someone who wanted to be a fighter pilot. My hero Chuck Yeager reputedly had 20/10 vision! And I clung to that diagnosis for years and decades despite the mounting evidence that it no longer held true.

It was especially evident while driving. I’d be squinting at highway signs and street signs trying to read them long after Melanie had already read them out loud. And at night it was even worse! Yet, I put off going to the doctor and getting a prescription, mainly because of the expense. Between the doctor’s visit and the glasses themselves, we were looking at half a thousand dollars, or so I estimated.

What changed matters was that at work we got a new eye-care benefit this year. Since Melanie already wears glasses and I needed them, it sounded like a decent investment. So we pay a few bucks a week and we get a couple hundred dollar allowance every 2 years for glasses as well as regular vision exams. So I found a local optometrist and made an appointment, went in and had it confirmed that I’m pretty well nearly blind. Even better, not only am I near-sighted, but I’m also going to need bifocals eventually for reading. Swell.

The next step was to pick out frames. I took one look at the wall of available frames and told the doctor that I’d come back with my wife. I couldn’t figure out which ones looked okay, although it was quite easy to tell which ones were out of the question. I am neither a hipster nor gay.

After I got the glasses, I was surprised at how hard it was to adjust. I thought it would be like a veil lifted from my eyes and I could suddenly see again like I had when I was young. Instead, I had vertigo and a weird sensation of being really tall. Even now when I go into some stores and look down the aisles I get a little dizzy. And the change was not dramatic. When I concentrate I can tell that I can read something that’s far away that I could not before. I guess it’s not super-vision.

Now, of course, everyone knows how expensive prescription eyeglasses are. But they don’t have to be. Knowing that I would need glasses soon, I’ve been collecting links to articles about how to get eyeglasses online on the cheap and for a decent quality too.

The key is making sure you have enough information about your prescription to place your online order. In my case, I asked my optometrist to write it down, although you have to be sure get one piece of data they don’t usually include, which is pupillary distance, i.e. the distance between the centers of your pupils. I paid attention to what the doctor wrote down on the order form for my glasses.

With that you can go to a bunch of different vendors. One of the highly regarded places is Zenni Optical. They have frames and lenses as low as $8 and many, many very nice sets for $19.

I’m thinking of getting sunglasses too and this will be a good experiment. I’ve priced out a pair for less than $30, including shipping. For that price, I can get multiple sets for each car and to keep in the house. I’ll let you all know how it goes.