$800 million is not enough for Boston public schools? 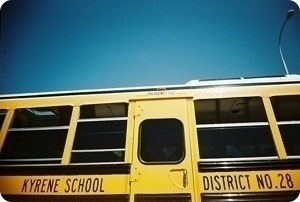 Parents of students in Boston public schools are protesting plans to bypass the city’s school system when handing out federal “stimulus” funds. They claim the schools are underfunded:

Parents spoke of how their kids’ schools, already depleted of arts teachers and librarians and lacking modern facilities, will be further crippled by the $812 million budget that the Boston School Committee approved Wednesday. The package calls for eliminating 536 education positions, including 212 classroom jobs (134 teachers and 78 teacher aides).

So, they’re spending more than three-quarters of a billion dollars and they’re talking about cutbacks and how it “cripples” the students’ education. How much should we spending? What are we spending all that money on? And yes, even though I don’t live in the city of Boston, I said “we”: the city school system—like all public school systems in Massachusetts—receives an enormous amount of money from the commonwealth.

The Boston public school system has 56,000 students. That means they spend $14,500 per student each year. In 2006, the average per-pupil spending in the United States was $8,287. Massachusetts spent the third most of any state at $10,693. Yet Boston spends $14,500 and that’s not nearly enough! In national achievement and accountability assessment, Boston falls short of the standard in nearly every category.

Parents say the schools are falling apart, the athletic fields are crummy, the textbooks are old. Let’s set aside the fact that Massachusetts has had an unprecedented boom in school construction in the past decade or so—maybe Boston has been left out of that a little—where has all the money gone?

Back in 1994, Boston Globe columnist Jeff Jacoby identified the culprit: “In the Boston system, 40 percent of the budget never gets to the classroom; it is absorbed by the School Department bureaucracy.” If you look at this story about 2008’s budget woes for the school district, you get the sense that the percentage never improved: The fact that there are 80 unfilled jobs in the bureaucracy available to be cut indicates how much bloat there really is in the system.

(On a side note, in 1996 Boston Mayor Tom Menino called school reform his top priority and said in his January 17 State of the City address: “I want to be judged as your mayor by what happens now in the Boston Public Schools. I expect you to hold me accountable. … If I fail, judge me harshly.” The schools are still a mess more than a decade later. Voters have never held him accountable.)

What we see here is that government is the worst entity for educating our children because in an environment without accountability and a free rein to dump money on cronies and pet projects and ideological indoctrination, actual education suffers. It also shows that the standard metric of per-pupil spending is meaningless when it comes to measuring the effectiveness of schools. Yet spending money is about the only tool most politicians have.

Which is yet another reason we’re going to homeschool our kids. I just wish I wasn’t wasting my taxes on schools that don’t educate other peoples’ kids.