23? Not Too Young to Marry
19 comments
Share:FacebookTwitter
Marriage, Family and Parenthood 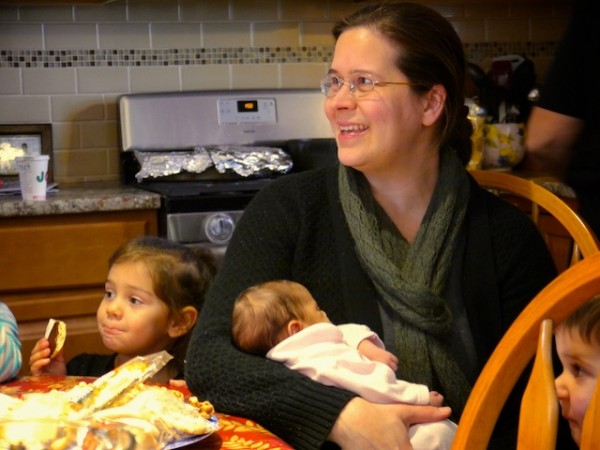 [lead dropcap="yes"]There’s a blog post going around entitled “23 Things to Do Instead of Getting Engaged Before You’re 23”, written by a young woman who is seeing all her friends getting engaged and married and vowing that she doesn’t want to tie herself down and give up on her dreams of world travel and amazing experiences in order to settle down. Or how she puts it:[/lead]

I can’t help but feel like a lot of these unions are a cop-out.

It is a way for young people to hide behind a significant other instead of dealing with life’s highs and lows on their own. It’s a safety blanket. It’s an admission that the world is just too big and scary to deal with it on your own; thus, you now have someone that is legally obligated to support you till one of you dies or files for divorce.

Of course, she says, previous generations got married young, but everything is different for Millennials, don’t you know? Yeah, every generation thinks it’s the most totally unique generation facing problems and issues and opportunities that no other generation before them ever faced. Sure.

Look, I was once 23 and I didn’t marry until I was well past that age, but her description of marriage for people in their mid–20s is ridiculous. A cop-out? A safety blanket?

Marriage and family is the single most terrifying, satisfying, difficult, rewarding, energizing, draining thing you’ll ever do. What’s easy is deciding to stay in casual relationships, to never make a commitment, to be footloose and fancy free.

I remember the single life, being able to drop everything at a moment’s notice and head out for the night, for the weekend, or on a grand adventure around the world. You had no one else to run decisions by. If you wanted to have Indian curry five nights a week, you could (and I did).

But it was also unfulfilling and lonely, even when you’re dating someone. Being married isn’t a safety blanket because that’s the self-centered way of looking at it. Being married is the real adventure, living with someone that you’re committed to. There’s no going back. Divorce is not an option. It’s me and Melanie for life. We have a problem? We work it out. We argue? We settle it.

And then there’s kids. Children are amazing. They are completely dependent on you. Literally, without you they will die. They love you unconditionally. You are their whole world. And they’re just waiting for you to show them all the cool things in it. So you think going to visit the Pyramids of Egypt is cool? Take your little girl to her first IMAX movie and watch her face light up. Now that’s cool. Read book after book about the ancient Egyptians to her and take her to the Museum’s Egyptian exhibits and be prepared for her to gush over every single thing, not just the big statues and mummies, but even the tiny fragments of stuff they pulled out of the tombs and stacked in the little out-of-the-way display cases.

Then when you can’t imagine it being any more awesome, give them a sibling. And then another. And another. See the miracle that you can be filled with love for a person, add another little person to the mix and be just as completely in love with them too. Even more awesome is to see your spouse in love with that child, to see the children love each other.

The problem isn’t 23-year-olds are “copping out” by getting married. The problem is that by 23 most of them are still adolescents. They’re still playing the same old video games, doing the same old partying, living for no one but themselves, unwilling to grow up. Get married and grow up.

Traveling, partying, sleeping around, doing stuff isn’t what will make you a better spouse and parent some day. Getting married, making a commitment, giving yourself entirely to your family is what does.

My Sicilian grandmother was just 14 when she married. My grandfather was all of 18. They were more grownup than a lot of these 23 year olds. They had opportunities. My grandfather was a fisherman who’d been as far as the Bering Sea by the time he was married. He knew about the world’s offerings. But instead he went back to Sicily to get married because he knew that no matter how far you went, how much you traveled, what cool things you did, it was all so much straw unless you had a family keeping you anchored at home.

So don’t spurn marriage if you have the opportunity at 18, 20, 23, 25. Go for it. Give yourself entirely. Have a big passel of kids. That’s living life to its fullest. It’s a lot more fulfilling than a bunch of postcards and an iPhoto library full of tourist photos you never look at.