What is the Point of the Mass?
Share:FacebookTwitter
Faith and Liturgy

What is the Point of the Mass? 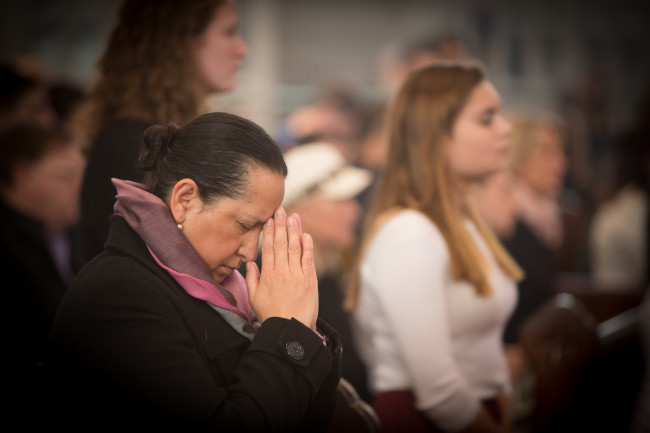 [lead dropcap="yes"]So many battles over the Catholic faith surrounding Mass, including how we celebrate Mass, who should go to Mass, what should happen at Mass, come about because we forget the purpose of Mass.[/lead]

The Mass isn’t about You.

People say, “I don’t go to Mass because I don’t get anything out of it.” You’re not supposed to “get” something out of it. That’s not its primary purpose.

People say they don’t get anything out of Mass because they don’t like the homily or the music or the way the priest celebrates the Mass. Those are all nice things, but they’re not the primary purpose.

People say, “I don’t think children should be in the Mass.” They should stay at home or be sent to a nursery or cry room or special Liturgy of the Word dumbed down for them so that everyone else can hear every word and enter deeply into a contemplative state. Sorry, you’re still missing the point. You don’t go to Mass so that you can hear every word and enter a state of quiet bliss.

Here is what everyone forgets. Mass is about you worshipping God. That you get something out of it is a grace. You may receive the Eucharist (but not necessarily!). You may receive edification. You may get a nice emotional uplift. But those are incidentals, not essentials.

If you go to a Mass and the kids are crazy and you spend the whole time containing them and don’t hear a word of the homily or the readings or the Eucharistic Prayer, you can still have worshipped God.

The reason we go to Mass is to give God what is His due from us, our love and adoration, our sacrifice of our praise and of our will. More formally, from the Baltimore Catechism:

The purposes for which the Mass is offered are: first, to adore God as our Creator and Lord; second, to thank God for His many favors; third, to ask God to bestow His blessings on all men; fourth, to satisfy the justice of God for the sins committed against Him.

Now, to be sure, we should do our best to be reverent, attentive, and devout, but that’s not the purpose of the Mass. Like so much else in our crazy world, we have mixed up what’s important in all this.

The Mass isn’t about me. It’s about God.