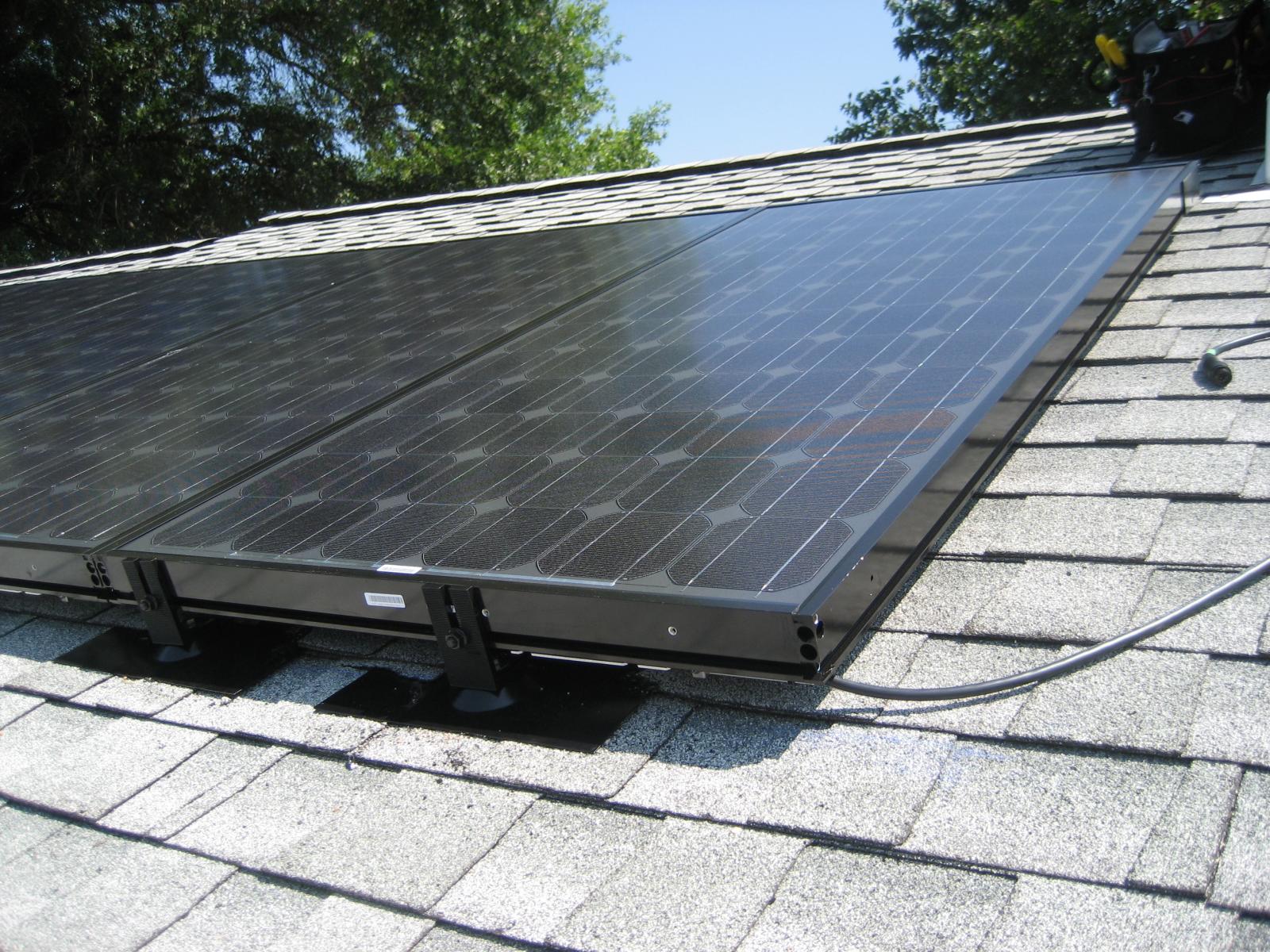 [lead dropcap="yes"]Two summers ago, a salesman came by the house to pitch installation of solar panels. It was one of those new companies that instead of selling you the panels, leases them to you. You pay a monthly fee that is supposed to be less than your electric bill. In return, they do all the work of installing and maintaining the panels and replacing them. They also make money selling the surplus electricity back to the electrical grid and by getting the tax rebates from the government.[/lead]

It’s not a perfect system. For one thing, some companies don’t disclose all the costs. And some homeowners have been put in a difficult spot when they try to sell their homes because the new owner has to agree to take over the lease and has to qualify on credit. And, by law, they can’t install battery backups so when the sun isn’t shining, at night or during storms, you have to draw from the grid, which also removes another big bonus of solar that when the power lines are down you still have electricity.

But overall, it’s a step in the right direction for the “green revolution” and for renewable energy in America. So why aren’t the big electric utilities leasing solar panels and putting them on homes across America themselves? In fact, all of the major players are smallish companies, newcomers to home residential power.

Like many mature industries facing disruption from new upstarts, rather than using their vast resources to innovates, instead they hunker down and use external forces—legislation and lawsuits, for example—to maintain control. They’re using their clout with public utility commissions to create extra fees for solar power producers. They also play both sides against the middle, on the one hand pushing the passage of the aforementioned laws that prevent the use of battery backups and then claiming that by lowering their own rates while still relying on the grid at night, the solar companies are raising the costs for the poor and minorities.

Who Are Solar Panels Hurting?

Of course, it’s not certain that anyone’s rates are going up because of the solar panels. In fact, as demand for the panels goes up, the cost to consumers goes down. That means that supply of electricity rises, driving electricity rates down. The only ones getting squeezed here are … the electric utilities.

But like I said, why don’t they get on board and start installing the panels themselves? It’s got to be cheaper than building new power plants, not to mention having to buy coal and oil.

Yes, the utilities are building solar power plants, but these are the large farms that cover acres of property and cost millions of dollars. Are they incapable of thinking small? It is true that in some places, electricity generation and electricity distribution networks are two separate companies. Your electric utility is really just the network that buys electricity on your behalf from the grid and sends it to your house. And by law, they are prevented from owning power plants, which is interpreted to include solar panels on your house.

Certainly, part of the problem is that electricity is a regulated monopoly with rates set by a public utility commission. This is supposed to protect the consumer, but what really happens is that as with the banking industry there’s a free flow of people between the industry and the bodies supposedly regulating them. The whole system is broken.

I’m sure there’s a lot of background I’m still missing. I do need to go back over that Slate article I linked earlier, for instance, to pick up some of the nuance.

As for me, I think I want to go solar, but I don’t want to get stuck with a white elephant. What I really want is something with a battery to keep my refrigerator and stove running even if a hurricane knocks down the power lines for a week. That would be about $25,000 out of pocket though. So I’m still watching and waiting.