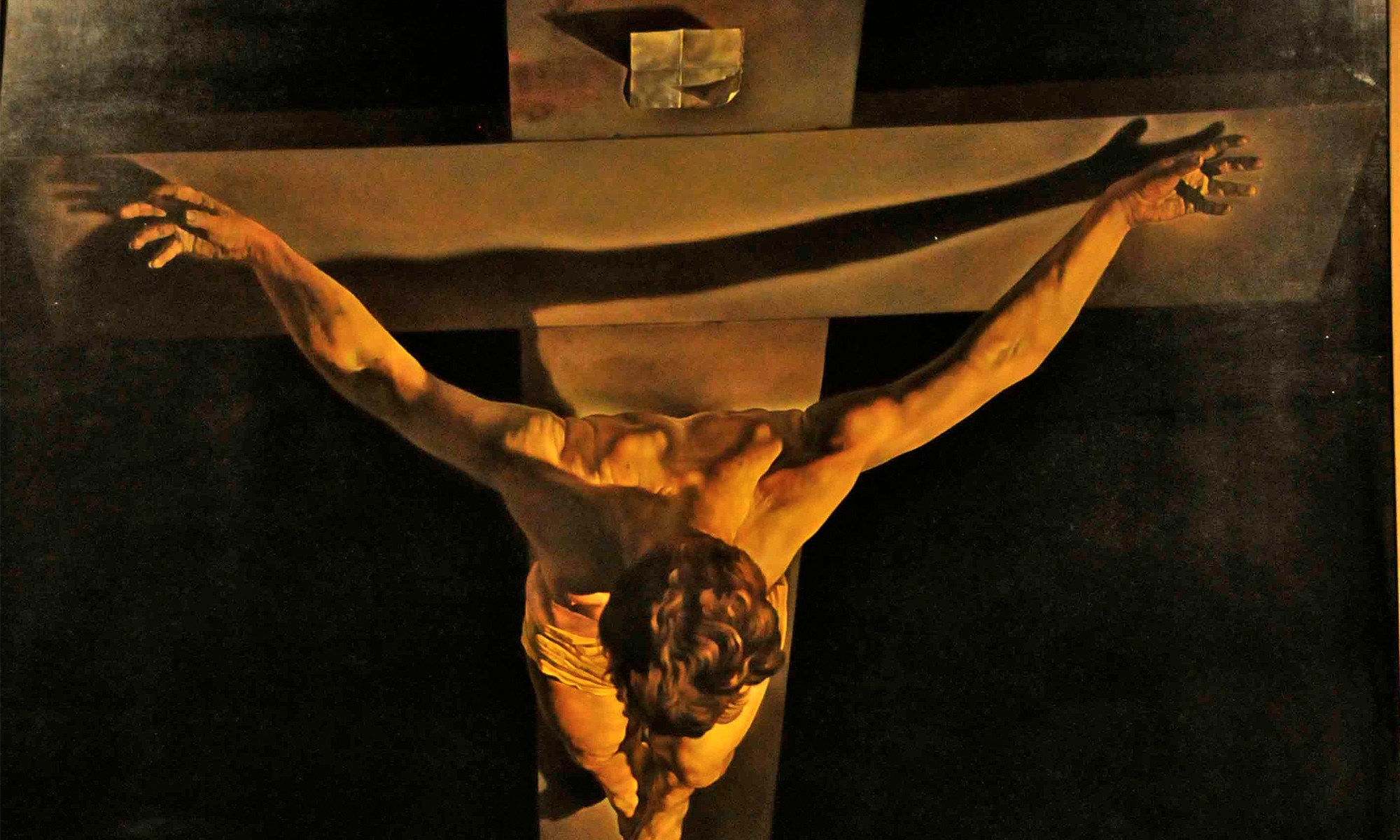 No, duh, you reply. Every Christian knows that. But, I insist, He really died. This is the mystery of the God/Man, the divine united to the human. Jesus didn’t simulate death on the cross. He didn’t pretend to be dead. He wasn’t simply comatose or “mostly dead” and waiting for Miracle Max to revive him.

His brain had ceased functioning. His heart had stopped pumping blood. His body began to cool and lose its pallor. His muscles and limbs began to loosen, his skin sagged, rigor mortis began and eventually subsided. The cellular processes began to shut down and the cells themselves began to decay. Christ had died.

He was like us in all things, but sin, and death was part of the bargain. From a theological point of view, death is the separation of body from soul. Christ’s soul parted from His body and from the time of His death on the Cross to the moment of His resurrection, His body and soul were separated. This was a true death of God; not just the human bits. The God of the Universe through Whom all things were created, Who sustains all things in being, the Second Person of the Holy Trinity died.

He descended into hell, the abode of both the righteous and the damned in that era before the Resurrection. He took on the fate which was ours in our separation from God through sin. His soul descended into that place and brought hope and light. What must have that been like for the righteous souls for whom He came? What was that reunion like with Adam and Eve?

Today a great silence reigns on earth, a great silence and a great stillness. A great silence because the King is asleep. The earth trembled and is still because God has fallen asleep in the flesh and he has raised up all who have slept ever since the world began… He has gone to search for Adam, our first father, as for a lost sheep. Greatly desiring to visit those who live in darkness and in the shadow of death, he has gone to free from sorrow Adam in his bonds and Eve, captive with him - He who is both their God and the son of Eve… “I am your God, who for your sake have become your son… I order you, O sleeper, to awake. I did not create you to be a prisoner in hell. Rise from the dead, for I am the life of the dead.”[1]

Still, it was only through His death, His awful death, the death of God Himself, that death was broken.