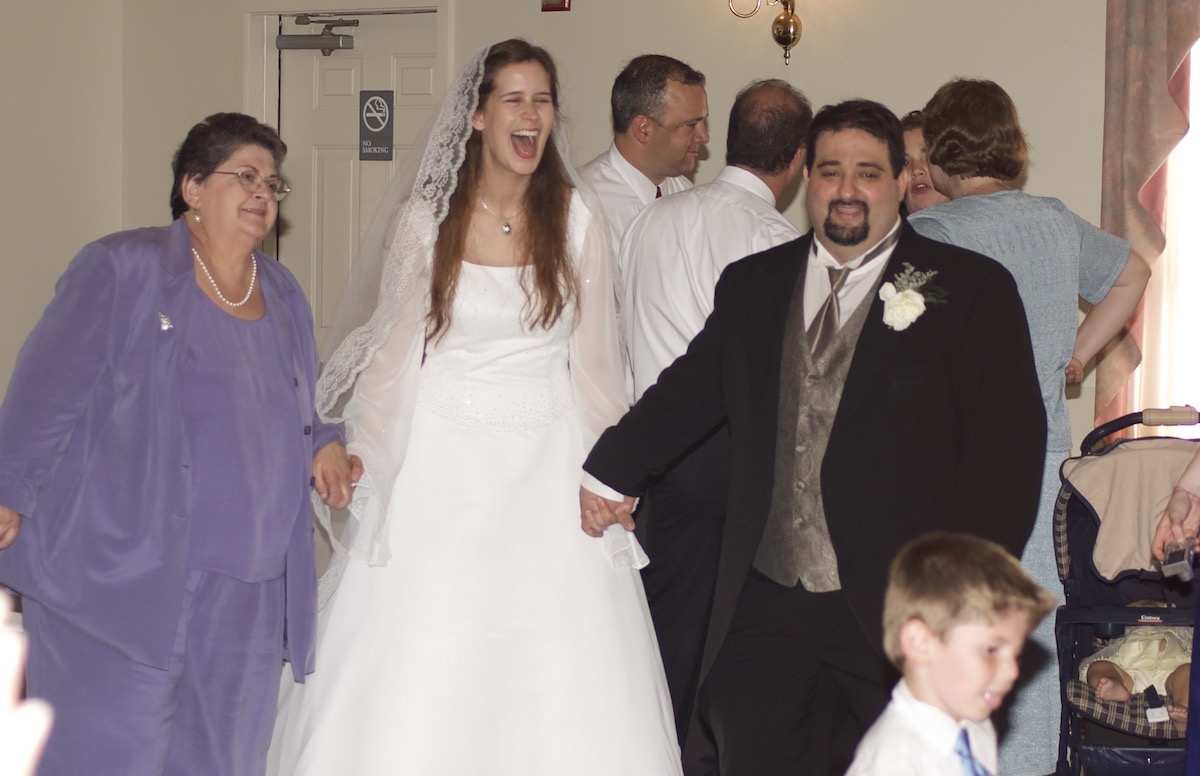 [lead dropcap="yes”]It’s one thing to look at the state of the wedding-industrial complex in America today and bemoan it’s focus on the material and ephemeral to the detriment of the lasting and transcendent.1 Too often weddings become excuses for lavish spending so the bride and her mother can pretend at royalty or some such. However, it’s another thing to cloak a complaint about weddings today in a thin veneer of Catholic piety as an excuse to rant about your bourgeois sensibilities being violated.[/lead]

Crisis offers up this article by Anne Maloney under the headline “Some Wedding Planning Violations of Catholic Hospitality.” The author assures us that the problem of people shacking up before marriage is understood and so that’s not one of her complaints. Instead her complaint is that people don’t throw weddings like she thinks they should and that’s wrong, so she searches out justifications for her preferences in the Catechism and the Bible.

We’re not talking about key aspects of the sacrament here. For one thing, she believes it is so gauche that couples today don’t register for china or silver anymore because they wouldn’t use it.

While no doubt true, that seems a sad commentary on the state of contemporary family life. Few couples need or want nice dishes anymore because few people come from families with a tradition of taking time for meals, time to serve our friends by preparing good food for them and creating a beautiful place to dine together. We eat on the run, order pizza or takeout, and spend our Sundays running errands at Target rather than preparing meals and welcoming guests to our table.

Well, that’s certainly a possible scenario. It’s also possible that we’re not upper middle class, but 7 people living in a 1,400-square-foot house and where would we store such a china service? And why? For one thing, we eat dinner together every night, albeit on our chipped and mismatched plates, and when we can we love inviting people to share our table. Not having china doesn’t mean we are barbarians who eschew good meals or good company. But, but!, the author sputters, 1 Peter 4 says we’re to practice hospitality ungrudgingly to each other. Yes, but he says nothing about the quality of the dinnerware.

The next complaint is about the awful un-Catholic tendency to list the place where you are registered on the wedding invitation. “I have friends and family who are good, observant Catholics who likewise would not dream of behaving in so shabby a fashion,” she writes. I’m sorry, but what is the secret code for finding out where the bride and groom are registered then?

Thou Shalt Have an Open Bar

The next complaint is even better. Did you know that it is a sin against hospitality to not offer an open bar at your wedding? Or at least it's a sin against hospitality to offer a cash bar. That’s right. Even if you can’t afford an open bar—which even for just beer and wine can run into the thousands of dollars— we’re supposed to open the bar and pray that God will pay for it or something.

When worrying about the bar bill, a genuine spirit of Catholic hospitality reminds us to give what we can and trust God to show us how to give well. When my husband and I sit down to discuss wedding finances with Caitlin and Mike, we begin with a prayer that God will direct out thinking and help us to be good stewards of the funds we have. God provides. Jesus’ first public miracle took place at a wedding; the family was struggling to provide an open bar, and in fact ran out of wine. Mary noticed this, and told her Son to take care of it. He did.

Yup, the miracle at Cana was Jesus keeping the open bar open. Because, as the author sniffs again, “The hard truth is that cash bars often show up at weddings where there was enough money to treat the guests as guests but that money was spent on other, less guest-oriented amenities.”

Maybe in the upper middle class circles she runs in, but for me and Melanie, who paid for our wedding with a small personal loan, an open bar would have doubled the cost of our wedding. Instead, we had champagne for the toast and had a bottle of wine at each table and anyone who wanted more could go to the cash bar. Frankly, our family and friends would have thought us less hospitable for denying them the opportunity to buy a drink if they wanted. Not to mention the opportunities that an open bar offers for all kinds of drunken indulgence. But maybe our family and friends aren't as high class as they should be.

Now, not everything which the author rejects is as outrageous as these. The copious money spent on the elaborate wedding morning ritual for the bride and her court: specialty makeup artist and hairdresser, matching embroidered bathrobes, mani-pedis, etc. That does seem to perpetuate the idea that the wedding is the bride’s chance to be a princess and not a sacrament uniting a man and woman before God. And the de rigeur gift bags for out of town guests at their hotels seems like something meant to impress others with your largesse. At best, they are an extra for those can afford it, not a necessity for everyone.

But the whole article is a lesson in not mixing up our personal preferences with objective and long-held custom by slathering them in a thin veneer of pious pronouncements. For example, the giving and using of china by anyone but the highest levels of society is not universal or long standing. It was something that existed during several decades and is passing away as we become a less formal society. The Catholic principle of hospitality is a much larger idea and duty.

There are many people who can’t afford even a moderately priced wedding today, especially as young people carry more and more student loan debt, and their parents are less and less able to carry the burden either. By piling such requirements on young couples we do more to dissuade them from committing to marriage than we do to encourage them.

Melanie and I spent a few thousand dollars on our wedding in 2005. We rented the Polish-American club, had a nice buffet, did the music ourselves, and yes, we had a cash bar. (We also did not register for china and silver, but some nice everyday stoneware). I daresay that most of our guests would recall it as a beautiful and inspirational wedding Mass followed by a fun and relaxed ceremony. Even without free booze.