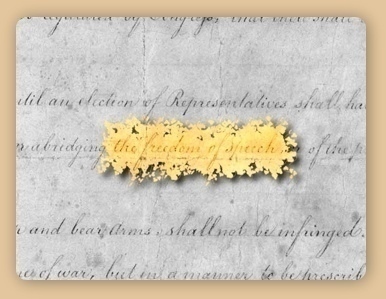 MassResistance brings to our attention today a new anti-bullying bill about to be voted on in the Massachusetts Senate on Thursday, March 11, the day after I post this, but perhaps already past by the time you read it. The legislation is a response to some widely reported instances of bullying in local schools, including one where a poor girl who recently immigrated from Ireland was hounded and ostracized to the point of suicide. The cases are universally awful and heart-wrenching, but cry out for local remedy. If parents and educators took responsibility for what’s going on in their own schools, such incidents could be reduced in number or eliminated all together. But, as usual, legislators of all political stripes must earn their paychecks, as it were, and propose new legislation every time something bad hits the news.

In this case, more than a dozen anti-bullying bills had been advanced in the House and Senate this session and they have all been whittled down to one bill being voted on by the Senate tomorrow: S.2283 (PDF).

But as is also very usual, such public and demagogued legislation often has unrelated bits and pieces—stuff that might be unpopular with a lot of people—tacked on so as to present a quandary to politicians. Do they vote against the bill because of these unrelated provisions to which they object and appear uncaring? (“Think of the children!”)

MassResistance points out that S.2283 has one of these poison pills embedded within it, a provision that amends current libel law to expand the list of groups it’s unlawful to speak against. Chapter 272, Section 98C of the Mass. General Laws currently reads:

Whoever publishes any false written or printed material with intent to maliciously promote hatred of any group of persons in the commonwealth because of race, color or religion shall be guilty of libel and shall be punished by a fine of not more than one thousand dollars or by imprisonment for not more than one year, or both.

The new version of this section proposed by S.2283 would say (emphasis added):

Whoever publishes any false material whether written, printed, electronic, televised, or broadcast with intent to maliciously promote hatred of any group of persons in the commonwealth because of race, color, religion, national origin, ancestry, sex, sexual orientation, or disability shall be guilty of libel and shall be punished by a fine of not more than one thousand dollars or by imprisonment for not more than one year, or both.

So the question then becomes, “What does it mean to ‘maliciously promote hatred’ and what is the definition of ‘false’?” Note, as well, that in every other section, the bill addresses the bullying and abuse of students, this section casts a wide net and addresses and protects everyone who fits those categories.

Ladies and gents, is this a new speech code, like the ones we’ve been seeing pop up in Canada and Europe? But what about the First Amendment, you ask. Ah, but libel and slander are not constitutionally protected forms of speech. Will those of us who speak publicly about the immorality of homosexual acts and the whole homosexual subculture be labeled as “haters” subject to criminal prosecution? And while I can’t imagine the present US Supreme Court upholding this law if it’s challenged, I’m not so confident of future Courts, if the trend toward judicial activism continues.

I put the question to the lawyers out there: Is this something to worry about? In any case, it might be worthwhile, if there’s still time after you read this, to contact your Senator and express your distrust of this bill. Speech codes are never good for democracy.