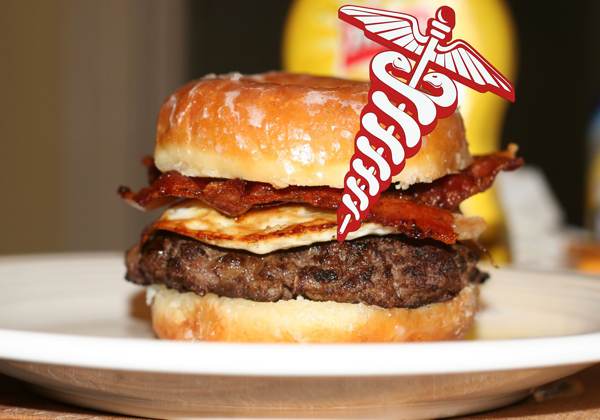 Why employers? That’s been a thought that has come back to me again and again ever since President Obama first proposed his Affordable Care Act (“Obamacare”). Why should employers be required to pay for health care?

Health insurance is an historical quirk. When you think about it, it’s strange that we require our employers pay for our health care. Why is that? We don’t expect them to pay for other necessities, like food, clothing, or shelter, which some might call even more basic needs. Yes, our salaries from our employers pay for those things, but why don’t we expect them to subsidize the cost like we do with health insurance?

Back in the day, employers needed to provide new incentives to attract qualified employees. During World War II, the federal government imposed limits on wages because with so many men out fighting the war, the competition for scarce workers was intense and increasing wages to attract them meant increased costs for all those government contracts to keep the war effort going. But fringe benefits were not included and thus sick leave and health insurance were born. After a while, it became expected that a full-time job, especially one that was part of a lifelong career, would offer health insurance paid for entirely or in large part by the employer.

By the time the push for universal healthcare got rolling in the 90s and especially once Obama was elected, it was just assumed that employers would be required to provide a minimum level of insurance to employees. And then the requirement included the provision of certain kinds of healthcare – or “healthcare”, like birth control.[1] That’s where we get into trouble because Big Nanny Government has declared that all employers must provide medical coverage for procedures and pills that are morally objectionable to a large swath of people.

But again why employers? It’s just so arbitrary that I have a hard time believing it passes constitutional muster, never mind basic logic. Why don’t we place other requirements on arbitrary population groups? All left-handers must buy coffee on Wednesdays for all the people in their neighborhood. Oh, coffee isn’t a compelling public interest?

Why don’t we institute the Affordable Nutrition Act? Employers would be mandated to provide food assurance plans for their employees. The premiums would be split among employers and employees and while the cost of food for some under the law would be less, for many it would be much more than what they’re used to paying on their own. After all, they have to make up for those who can’t afford to buy their own food. And I’m sorry but you won’t be able to opt-out of Universal Food, aka “Obamafood”. You can’t keep your Cadillac food plan with its farmers markets and backyard gardens and suburban chickens. No, everyone must be a part or it won’t work.

In addition, all food assurance plans must include coverage for fast food lunches, for meat four times per week, and every plan must include bacon. While we expect some complaints from employers with moral objections to fast food (“healthy eaters”), meat (“vegetarians”), and pork (Muslims and Jews), we can’t allow the outdated superstitutions of a few to affect the food needs of the many.

(By the way, it will come out during the process that industrial agriculture and the fast-food industry lobbied intensely on behalf of the ANA because they knew they would benefit from government mandates on the kinds and amount of food that would be purchased and that far from controlling food costs, the real goal was to be able to control what the population eats. Oh, you thought, Nanny Government liberals would ban fast food and meat? You forget that what liberal politicians love more than their intrusive social engineering principles is a pile of lobbyist money.)

See? It’s just all so arbitrary. Look if you want birth control, then buy it.[2] (I’m not recommending it as it damages body, soul and mind, but that’s your freedom.) But why should employers be required to buy it for you? Why should they be required to buy anything for you?

Do your job.
Get paid.
If you want more than your current employer gives you, look for one who does.
If they want to keep you, they’ll give you what’s necessary.

It should be that simple. But in a world of entitlement and immaturity and bread and circuses, it just isn’t any more.

How Do We Keep The Election of 2016 From Happening Again?