A Day at the (Ren) Faire
7 comments
Share:FacebookTwitter
MassachusettsTravelogues

A Day at the (Ren) Faire 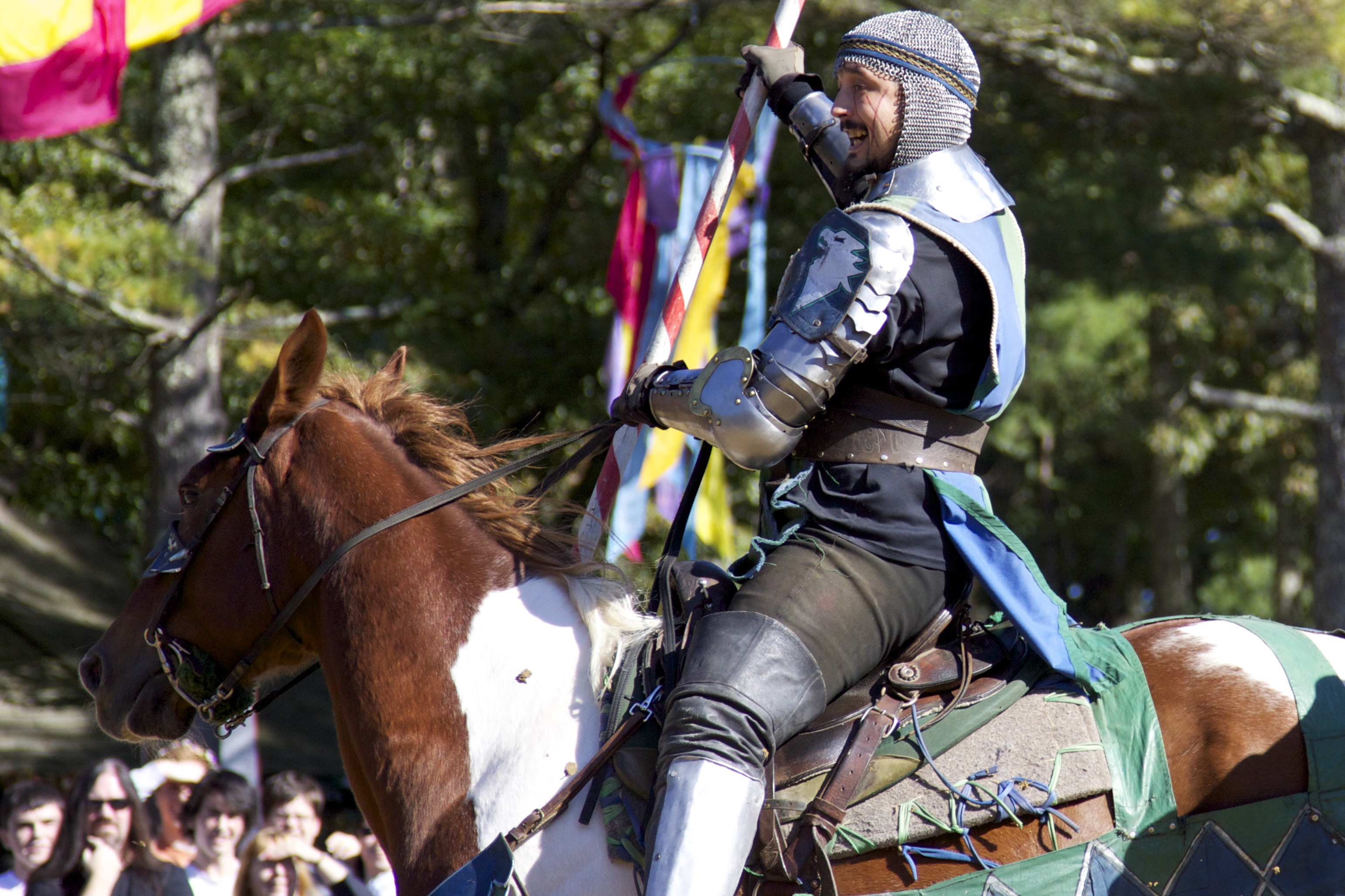 We went to King Richard’s Faire on Saturday. It’s a classic Reniassance fair which has been operating in the town of Carver, south of Boston, for the past 31 years. It’s quite an operation these days, with permanent structures that stay up year round and a huge staff of performers and behind-the-scenes workers.

We went two years ago because we got a good deal on a Groupon, which is good because the whole deal is so expensive. Normally, adult tickets are $27 each and kids 4–11 are $15.[1] Well we got the same deal again this year which was two adult tickets for $29. So we spent about $45 to get in.

Of course, the spending doesn’t end there. The food prices are exorbitant, especially for the quality of what you’re getting. And they do this food ticket thing which hides the actual price of the item at the time of purchase and also lets them require minimum purchases. You end up buying more tickets than you need and there are no refunds on unused tickets.[2] Plus other fees for games and mazes and rides. It adds up quickly.

We tried to circumvent the overspending by bringing our lunch, because it doesn’t say anywhere on their website that you can’t bring in outside food. Alas, that sign is on the front gate. Likewise the notice that they don’t take credit cards for tickets is buried on the site. But they do have handy ATMs… with a $3.00 surcharge.

Nevertheless we did have some fun… after we realized in the parking lot, following our one hour drive, that we’d forgotten the diaper bag at home. Luckily, we’d packed the sippy cups separately and Melanie had put one emergency diaper and wipes in the glove box just the other day. We decided to brave it and it turned out okay.

Oh yeah, the fun. Of course, the jousting is the big deal. Knights on horseback crashing into one another at full tilt. It’s all playacting, I know, but Isabella and Sophia loved it. I think the galloping horses were the highlight for Sophia. Ben, however, did not like the noise of the accompanying drums and cymbals nor the spray of sand and hay as the horses galloped past. Melanie had to take him out in the middle of the event.

We also spent time wandering from place to place, seeing the occasional humorous show put on by performers doing a comedy bit with swordplay or jugglers or a storyteller. The girls especially loved the princess academy where they got to meet the princess and her court and learn courtly manners and then meet the queen herself.

There was also lots of opportunity for people watching. It’s a curious thing, these Ren faires. Lots of people were in costumes of all kinds and of varying levels of authenticity with most not very authentic at all. It was fun to see people in out-of-the-ordinary period costumes like the Saracen and the Scottish Highlander. On the other hand, there was an inordinate number of pirates, pointy-eared elves, and even a family of vampires(?).

But one thing that really stood out to me was the unbalanced ratio of bawdy wenches to noble ladies. In fact, it was more like 30 to one. For every woman in a demure dress designed to make her look like a woman of noble bearing from the Middle Ages, there were a couple of dozen in dresses designed to make their breasts hang out. (It’s such a phenomenon that this weekend they held a cleavage contest for best, well, you know.) What is it that makes women prefer to be wenches instead of ladies? Women used to (and some still do) want to be pursued by a gentleman instead of throwing themselves as a sex object at every man.

General bawdiness actually seemed to be the rule at the fair. Even in shows aimed at children there were oblique sex jokes and liberal use of the words “damn” and “ass”. (I just know this post is going to make some people’s Internet filters block my blog.)

I wonder if some of that stems from what was distinctly lacking from a fair designed to portray life in Medieval or Renaissance England[3]: any mention of the Christian faith.

The Church was a major part of life in those centuries, even including the Protestant churches after the Reformation, so what happens when you excise it? You end up with an idealized view based on an anti-authoritarian wish fulfilment. Let’s face it: Ren faires grew out of the Sixties hippy movement, a rejection of authority and a harkening back to an imagined time of free love and unbridled fun. Likewise, I think the accompanying fascination with the occult and Wiccanism is part of that. In the Middle Ages, anti-authoritarianism still looked pretty much Christian, but that’s still too Christian for today, so it’s something even further afield. Which isn’t too say that there wasn’t evidence of the Christian roots of merry olde England, whether it’s the knights’ cheers of “For God and King!” or the subtle pattern of the Chi Rho embroidered in the queen’s gown.

In the end, however, King Richard’s Faire was mainly good, if expensive, fun and a chance to glimpse a different reality for a day. I do have to say in conclusion that it wouldn’t take a lot of encouragement to get me to start re-enacting in that world, although I think I would tend toward the SCA’s authenticity over the Ren faire’s loosey-goosey attitude. If you’re going to do it, re-enact authentically.