Buckle up for the bumpy ride
Share:FacebookTwitter
TexasTravelogues

Buckle up for the bumpy ride 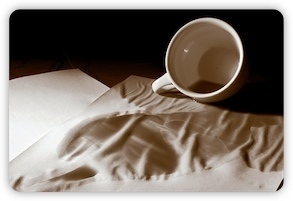 So we’re on vacation this week. We weren’t able to make our regular Christmas visit to Melanie’s family in Austin, Texas, because of the cost of airfare at the time (about $1,500 for three tickets), but a couple of weeks ago we saw the price had dropped to half that and we jumped at the chance. A big part of the reason is that I don’t know if I’ll get an actual vacation this summer, with the baby coming in July, so we should take it while we have the chance.

The flight was uneventful in the important ways and the kids were just great. Very little noise from either of them and no crying. It was also nice that the plane was half empty and we could spread out into two rows. Of course, it doesn’t mean that trip was completely smooth.

We had to rise before dawn on Saturday, which made for a long day, but both girls woke in a good mood. We’d been prepping Isabella for days that we were going to Texas on an airplane and her first words on waking were, “Are we going to the airplane to go to Texas?” My sister-in-law, who’s staying behind at the house unfortunately for her, drove us to the airport. But no sooner had she pulled away from the curb—after we’d piled out and stacked up the luggage—than we realized Bella had left her bag with her dolly and stuffed piggy in the car. I called my sis-in-law right away but she’d already got into the tunnel back to the city and then ended up getting lost on the city streets despite the GPS and it took about 20 minutes of anxious waiting for her to come back. Disaster averted.

Yes, the summers are very hot, but at least you don’t have to shovel the heat.

The TSA checkpoint was pretty smooth too, as they had set up a special line for those with small children and those who had bags of medications. New regulations allow you to bring as much children’s food and drink as you need, as long as you show it to them, which was just fine for us. We did have a small meltdown when Bella had to put her shoes and bag on the x-ray belt, but the TSA folks were as pleasant as I’ve seen them. I think it helps that it wasn’t Christmastime.

We got on the plane and into the air, and finally I started to relax a little. I ordered some nice hot Dunkin Donuts coffee that Jet Blue serves and was taking my first big sip when it went down the wrong pipe. Rather than cough a mouthful of hot coffee all over the seatback in front of me and the person in it, I tried to keep it in my mouth. Big mistake. That liquid had to go somewhere so instead it went up into my sinuses and out my nose all over me. I’m sure it looked as unpleasant as it felt. The rest of the day my singed sinuses felt like I’d run a Neti pot-ful of chlorinated pool water through my nose or that I’d just come off a weeklong sinusitis bender. Or both. Fun!

But any discomfort was more than balanced by landing and experiencing the balmy 70 degree weather in Austin. It was awesome. The older I get the more I think how nice it wold be to live here. Yes, the summers are very hot, but you don’t have to shovel the heat. Hmm, I wonder if Bishop Aymond needs someone to work in their development office. (Just kidding, boss!)

So what’s on tap this week? Reading, sitting outside, eating barbecue. And next Saturday is a fun blogger meetup with The Darwins, Jen of Conversion Diary, Betty Beguiles, Literacy-chic of Words, Words, the Opinionated Homeschooler, Dorian Speed of Scrutinies, and Rick Lugari, who seems to be everywhere in St. Blog’s these days, but is famed for his previous blogs De Civitate Dei and Musum Pontificalis. Whew! Oh, and about three dozen kids. I hope it’s nice weather and they can all be thrust outdoors otherwise it’s going to be a bumpy ride.