Why does Mass. have highest health premiums? 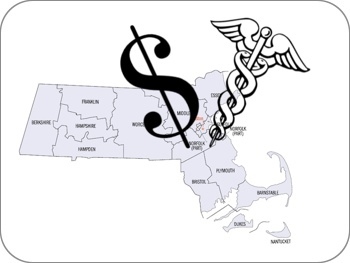 Massachusetts has the highest family health insurance premiums in the country, which some pundits claim is the reason we need national universal health care, aka Obamacare. I say that it’s the result of the state’s universal health care plan on which Obamacare is based in concept. Commonwealth Care, aka CommieCare, they say, was passed first to provide universal access and cost controls would come later.

Great. Government-mandated cost controls always work out so well. How about breaking down the barriers to competition, allowing the thousands of providers who can only now compete within their own states to sell insurance in any state? How about letting companies and their employees figure out what coverage to carry instead of mandating all kinds of fringe and/or objectionable procedures like transgender mutilations, sterilizations, contraception, et al?

Part of the problem is that there hasn’t been a secondary market for medical care, i.e. walk-in clinics. If you get sick, you either try to get an emergency appointment with your primary care physician, always a dicey proposition, or you make an expensive emergency room visit. As I said in a previous post, when we took Sophia to her pediatrician when she had nursemaid’s elbow, we saw the doctor for 2 minutes, we paid $15 for a co-payment, and insurance got billed $165. For 2 minutes. If we’d gone to a clinic, it might have cost considerably less.

Because the consumer is not involved in the cost consideration relationship, there is no incentive to avoid costly procedures or to mitigate costs of any kind. So we end up with insurers looking for ways to deny claims, even valid claims, as a way to control their expenses. This leads to the dysfunctional system we have now.

More government regulation in the form of universal health care doesn’t solve the problem. Less regulation would. When the CVS pharmacy chain proposed opening medical clinics in its stores in Boston, the mayor actually made the claim that it’s wrong to make a profit off of sick people. Really? Because that’s the whole premise of the health-care industry. Do we really want to give these politicians more control over our health care? (Of course, it couldn’t be that all of the very wealthy doctors and hospitals and medical industry that make up a large part of Boston’s economic base—and thus political lobbying power—would be opposed to the competition, could it?)