We have a new home
9 comments
Share:FacebookTwitter
Personal

We have a new home 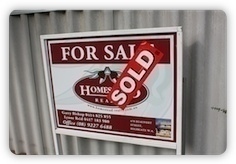 The third time was the charm. As some of you know, Melanie and I have been looking for a new place to live for the past 6 months or so and now we have it.

We’ve known about our need to move since I started my job at the Archdiocese of Boston back in June 2007. We were living in Salem, which is north of Boston, at the time and our landlord was selling the apartment as a condo and we needed to move. We decided at the time to move to Peabody, the next town over, even though my commute was over an hour to Brighton, on the western edge of Boston, and it would get longer when the offices moved to Braintree, which is south of Boston. We found the right apartment for us and decided we would just move the a year later.

Of course, then Melanie got pregnant with Sophia, who was born in March, delaying our move plans a bit. But we began looking in earnest in April. To make a long story short, at first we were told we wouldn’t qualify for a mortgage so we started looking at apartments. Then we found a new mortgage broker who said we could qualify with some work on our part.

And over the next five months we looked at a lot of houses, more than 30 by my reckoning. Some were beautiful, but out of our reach. Others were cheap, but livable only if we spent tens of thousands of dollars and months of construction making it so. But among the dross we found a few nice places: The Cape on the cul-de-sac that sold before we could get our financing in order, the charming Victorian on which we got outbid by someone came the same day after it was on the market for six months, and the split-level which was well within our budget but whose owner canceled the listing after we submitted our bid because she was disappointed at how little her home was worth. And then finally the house we liked that we got and that was less expensive than all the others. (Those last three occurred over the space of the last three weeks; that’s why I started with “third time’s the charm.”)

What we eventually found was a nice four-bedroom, single-level ranch on a slab in Holbrook, the smallest town in the state. It’s just 15 minutes from my office, instead of the hour and 15 minute morning commute and two-hour afternoon commute and there is a Catholic parish down the street whose pastor is a friend of my brother and whose associate works here in the same building. There’s even a playset in the backyard left behind by the previous owners which is perfect for Isabella and Sophia.

There were times over the past few months when I didn’t think we’d ever find a place and the disappointment after the two lost bids was bitter, but we trusted in God and prayed for St. Joseph’s intercession and we found a place that in many ways is even better than the two (or by another accounting, three) houses we didn’t get.

This is not a foregone conclusion by any means, as many homebuyers know. The home inspection is tomorrow, then the purchase & sale agreement, and then the closing later this month. Glitches can still rear their ugly heads. But we’re still trusting in God and making our preparations and looking forward to having a home we can call our own.

Thank you to all of you who have offered prayers and support, especially our families who have gone above and beyond, as well as my friend Paul who worked for us as our buyer’s agent and who was always patient with us.

Please bear with us as we make this big transition over the next three weeks. I’m sure there will be plenty of stories to tell.

Photo by penguincakes on Flickr.com. Used under a Creative Commons license.