The solution to (or root cause of?) college binge-drinking
1 comment
Share:FacebookTwitter
Culture

The solution to (or root cause of?) college binge-drinking 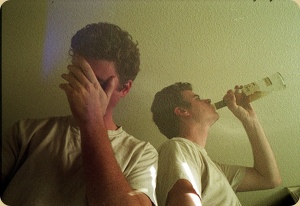 I have little sympathy for college presidents who wring their hands over student binge drinking and claim that they just don’t know how to solve the problem. The real problem is that they are unwilling to do what it would take because it alienate alumni and make their schools less attractive to a large portion of the pool of potential students.

Tufts University president Lawrence Bacow tells the Boston Globe that after he found a student passed out on his lawn in the middle of the afternoon last fall, he decided to start personally meeting with every student who gets treated for alcohol-related problems. This is admirable as far as it goes, but doesn’t go far enough. Bacow outlines the attempts that he and every other university president in the country have tried in recent years to combat the alarming rise in binge drinking among students, male and female: from “freshmen orientation programs that warn of the dangers of drinking, to counseling, harsher penalties [how harsh, really?], even phone calls home to parents.” Considering the attitudes of so many Baby Boomer parents who went to college during the Sixties and Seventies themselves, I’m not thinking the calls home do much good. In fact, the meetings with Bacow seem the biggest deterrent.

Among some other students, the mere thought of having to explain their drinking to Bacow acts as a deterrent. “It would be worse than when your parents give you the disapproving look, because Larry is like the father of the school,” said Kaitlin Zack, president of Alpha Omicron Pi sorority.

How bad is it that your kid gives more filial deference to the university president than she does to you?

Last December, the public radio show “This American Life” had an episode devoted to examining Penn State, which had been named “#1 Party School” in some ranking, and the culture of binge drinking that had sprung up at the school. It also looked at the university’s half-hearted efforts to solve the problem, but it also showed that the administrators were hampered in large part by alumni who clung tightly not only to their own desires to binge drink at sports-related tailgates, but also to support student efforts to binge drink as some sort of solidarity or booze-fueled nostalgia for their own college days.

Tuft’s Bacow claims that “This is not a problem that anyone is going to solve. It’s a condition that needs to be managed.” With an attitude like that it will neither be solved nor managed. All one has to do is look at university culture from 60 years ago to see that this isn’t a necessary condition of college life. So maybe what’s needed is stronger consequences for binge drinking, including expulsion, and zero tolerance for drinking in dorms or by underage students. (And I don’t mean “zero-thought zero-tolerance”, which applies policies without any understanding of contexts. Students should not be penalized for drinking wine with their parents while at dinner, for instance.)

A stronger stance against binge drinking by anyone on campus, including tailgating alumni, may be more difficult, it will take resolve and courage by both administrators and trustees to stand up to such pressure and to explain the life-threatening necessity of such a change.

While the shot-term solution may be better deterrence through harsher penalties, there is still the culture of drinking to deal with. You have to ask why it’s such a problem now when it wasn’t such before the 1960s. At least some of it can be explained by the extension of adolescence well into their twenties. Your average 20-year-old in 1950 was much more mature than the average 20-year-old, or even 30-year-old, today. People married, had kids, bought homes, and were generally stable and productive members of society long before they are now. That was certainly true of me in my 20s. It’s true for a lot of young people.

With the advent of the sexual revolution and the dawning of the age of relativism, we have effectively separated actions from consequences. Abortion and contraception allow us to let our strongest appetites and drives to run rampant, without any modicum of self-control, as we wish. Isn’t that one definition of immaturity? How, then, can we expect any self-control when it comes to a lesser drive, like the desire to drink until one is blotto?

Likewise, universities, by and large, no longer teach critical thinking skills or the existence of moral absolutes. College classrooms have become vast wastelands of moral relativism and values “clarification” through obfuscation, if you will. When there is no right and wrong, then how can you tell me it’s wrong to drink or rut like a pig in heat?

Instead, the students act like the immortals that immature adolescents think they are.

“It’s difficult to go to your friends who haven’t had this severe of an issue with alcohol and say, ‘You know what, you should probably not be drinking this much,’” said the 19 year old, who agreed to be interviewed on the condition that his name not be published. “They don’t see it through the eyes of somebody who’s been hospitalized. They’ve done this every weekend for the past year, and it hasn’t been an issue for them.”

That’s what passes for critical thinking in college these days: I haven’t been hurt by this dangerous behavior yet, ergo I will never be hurt by it.

Until the grown-ups start acting like grown-ups, then this problem will never be solved. Relying on the children—because that is effectively what we have made these young adults—to fix themselves is not an effective solution.