The sin we cannot speak about in Mass
15 comments
Share:FacebookTwitter
Faith and LiturgySexuality

The sin we cannot speak about in Mass

The gatekeepers of liturgical language are so concerned that the average Joe in the pew can’t understand the word “ineffable”, yet we’ve already dumbed down the language into insensibility. Witness today’s second reading, 2 Corinthians 6:18:

Avoid immorality. Every other sin a person commits is outside the body, but the immoral person sins against his own body.

Read at face value, this translation, the New American Bible, seems to say that there are some sins that are immoral and some that are not and that sins committed “outside the body” are not immoral. That makes no sense. But that’s because of the poor translation. The Greek word translated as “immorality” is “porneia”. Look familiar? Look like any English words we know? 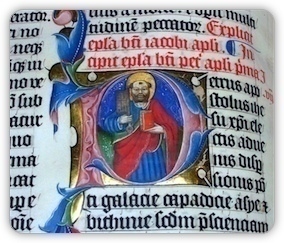 This word also appears in several other places in the New Testament. In Matthew 5:32, where Jesus forbids divorce, he says, “Whoever divorces his wife, except on the grounds of unchastity (“porneia”), makes her an adulteress.” It has also been variously translated as fornication or to more specifically refer to homosexuality or bestiality or another sexual perversion. So Paul could be translated as saying, “Avoid sexual perversion. Every other sin a person commits is outside the body, but the sexual pervert sins against his own body.” While that may be too blunt for a Mass where children are present, it has the benefit of clarity.

Perhaps we could tone it down a bit to “sexual immorality” or even “unchastity.” Oh, but will Joe Six-Pack in the pew be able to understand a subtle word like “unchastity”?

Instead we offer translations of Scripture that obscure meaning rather than convey it because we’re afraid of shocking people with straight talk about sin. Is it any wonder that collectively we’ve lost a sense of sin? Is it any wonder people have abandoned the sacrament of confession?