Fr Sir Hugh Barrett-Lennard, Bt, an Oratorian and baronet, died this week at the age of 89 and was a highly regarded, if eccentric, priest.

Pursuing a busy and eclectic apostolate in Knightsbridge, he was a dedicated parish visitor, so unconcerned about his appearance that he sometimes wore odd shoes; thus attired he would knock firmly on the doors of rich and poor alike.

He visited the Household Cavalry, and served as a chaplain to both the local St Thomas More school and the St Christopher cycling club, though his cassock occasionally became tangled in a bicycle wheel and had to be cut free. For a time (until his absentmindedness with keys led to concerns about security) he acted as an unofficial chaplain at Wormwood Scrubs prison, where his masses were said to be served by two prisoners known as Hammer and Sickle. He enjoyed recalling how he had once been served at Benediction by a thurifer who was a murderer and by two acolytes who had been convicted of causing grievous bodily harm.

It goes on to describe other notable tales of his priesthood, his experiences fighting in the Second World War, and the eccentricities of his forebears, which apparently explains it all as a genetic quirk.

I’ve often noted that great saints have very strange social behaviors, perhaps owing to their unconcern for the minutiae of this world and concentration on the next. Perhaps Father Sir Hugh might be counted among them.

The Sorting Hat into Religious Orders 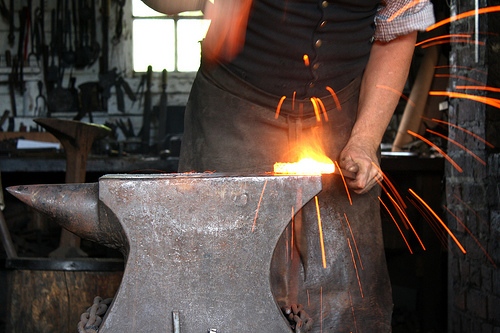 Smith for a Day