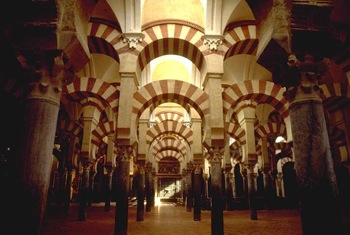 There’s been a lot of talk about the so-called Ground Zero Mosque, the Islamic cultural and religious center that is being planned for a location several blocks from the site of the former World Trade Center in Manhattan. On the one hand, opponents say that the plan is a finger in the eye of America, an effort by Islamic radicals to compound the wound of 9/11 with a massive triumphal landmark. Supporters of the plan say that this is simply a matter of religious freedom, that America is the type of country that will not discriminate against anyone’s religion, even if the co-religionists of the mosque planners were the perpetrators of one of the worst crimes on American soil. And there’s another type of critic who seems mainly to be opposed to the opponents of the mosque, demonizing them as being primarily motivated by hatred and ignorance. I have no time for the latter group because it based on the politics of demagoguery and not reason.

I sympathize with the desire to give the mosque planners the benefit of the doubt. We are indeed a nation that values religious freedom as well as the principle that we don’t tar the innocent with the crimes of the guilty. And yet, I think I sympathize more with the opponents of the mosque.

The fact is that this is not just a mosque, a neighborhood worship space for Muslims to gather in prayer. No, this is a massive $100 million complex that is planned to include theaters, auditoriums, pools, fitness centers, classrooms, restaurants, and a prayer space that can accommodate 1,000-2,000 people. (I say “planned” advisedly since it has become readily apparent that this project exists primarily in the minds of its originators. It turns out they haven’t raised the money and aren’t even close and don’t even have an architect yet. This thing may never get built.)

Size alone is not enough for me to criticize the mosque plan. It’s when I learned of the name originally planned for the building that I got really suspicious: Cordoba House. (They’ve since changed the name to the innocuous sounding Park51 after the controversy erupted.)

The Great Mosque of Córdoba

So what’s the big deal with Cordoba House? You have to know the historical context of Córdoba, Spain. From 711 to 1236, Córdoba was ruled by Muslims who had invaded Spain from North Africa. From 766 to 1031, it was the capital of the Caliphate of Córdoba, which ruled all of the Iberian peninsula and parts of North Africa. The name of the city invokes the al-Andalus, the most successful invasion of Christian Europe by Muslim armies. And the city of Córdoba was the location of the Great Mosque of Córdoba, a massive building which was considered the greatest work of al-Andalus and the symbol of the Muslim foothold in Europe, which they had seen as the first step in the inevitable conquering of Christendom by Islam.

And now we have this new Cordoba House, a massive symbol of the presence of Islamic culture and religion in New York City, a few blocks from Ground Zero itself. (Some supporters of the plan say that the mosque isn’t next to Ground Zero, but is blocks away. Well, it’s certainly close enough that the actual building they plan to purchase was itself damaged in the 9/11 attacks, thus it’s close enough.)

The original name of the project indicates to me what the true motives are. Now, the people behind the project, a group known as the Cordoba Initiative, have claimed that they use the name to indicate “the desire to bring back the atmosphere of, ‘interfaith tolerance and respect that we have longed for since Muslims, Christians and Jews lived together in harmony and prosperity eight hundred years ago.’” You have to have a particularly tortured view of history to call the period of subjugation to Islamic rule a period of interfaith tolerance and respect. In fact, it was a system in which a conquered people were allowed to practice their faith within strict limits and with fewer rights than Muslim citizens. This is the model that the Cordoba Initiative hails as their vision for their new Islamic center. No thanks.

An analog to 19th-century anti-Catholicism?

Going back to the those who demonize opponents of the mosque as being primarily motivated by hatred and ignorance, a particularly odious example is provided by a Catholic News Service story that compares the mosque controversy to anti-Catholicism in the 19th century. The story claims that the motivation is the same: distrust of foreigners who practice a different religion.

At its core, the mosque furor is not unlike what Catholics experienced in the United States for more than 100 years, according to Georgetown University theology professor Chester Gillis. […] While there are a wide range of political, philosophical and even zoning arguments about the Islamic center plans, Gillis sees anti-Muslim sentiment — based in misconceptions and xenophobia — at the core of the debate.

“The neophytes in society are always on the outside,” Gillis said. “With Catholics, people feared they would have loyalty to a foreign power, the Holy See.” With Muslims, he added, people fear a possible connection to an Islamic government or to a terrorist organization.

That is a red herring. The big difference is that there were no radical Catholics who, in the name of their religion, carried out terrorist attacks on Americans here and abroad. Nor were radical Catholics, sponsored by Catholic countries, publicly carrying out a multi-decade war on America and all she stands for.

Gillis noted that the “No Irish Need Apply” signs common in Massachusetts early in the 19th century were rooted in fears over how American society might be changed by immigrants, but particularly by their Catholic faith and culture.

The fear of Catholics extended beyond the refusal to hire Irish immigrants.

The Catholic Encyclopedia describes mobs descending upon a cathedral in Cincinnati in 1853, on churches in New Jersey, New York, Maine and New Hampshire the following year. It tells of a Maine priest who was dragged from his church, robbed, tarred and feathered; of Ohio churches being blown up and convents burned in Massachusetts and Texas.

Can anyone cite one instance of a mob descending on an Islamic mosque anywhere in the US. Has there been a single imam dragged from his mosque, robbed, tarred, and feathered, or the modern equivalent. In fact, it seems to me that Americans have gone out of their way to show to their Muslim neighbors that they don’t hold them collectively responsible for the acts of 9/11. But when confronted with what seems an obvious attempt to link Islamic triumphalism and the aim to establish the worldwide caliphate, it’s understandable there would be (civil) opposition. The refusal to rent space or sell a building formerly used for Catholic worship to be used for Islamic worship is certainly not in the same league as burning down buildings and committing violent acts against persons. And the implication otherwise is offensive.

In the end, it may not matter much what the motivation is behind Park51, née Cordoba House, because it looks like it may never get built.

The Cordoba Initiative hasn’t yet begun fundraising for its $100 million goal. The group’s latest fundraising report with the state attorney general’s office, from 2008, shows exactly $18,255 — not enough even for a down payment on the half of the site the group has yet to purchase.

The group also lacks even the most basic real estate essentials: no blueprint, architect, lobbyist or engineer — and now operates amid crushing negative publicity.

Whether it’s built or not, the issues raised — and the fault lines in America’s debate over our often difficult relationship with Islam — will be debated long after this particular story fades from the front page.