The Priesthood is Not a Path to Wealth
5 comments
Share:FacebookTwitter
Catholic issues

The Priesthood is Not a Path to Wealth 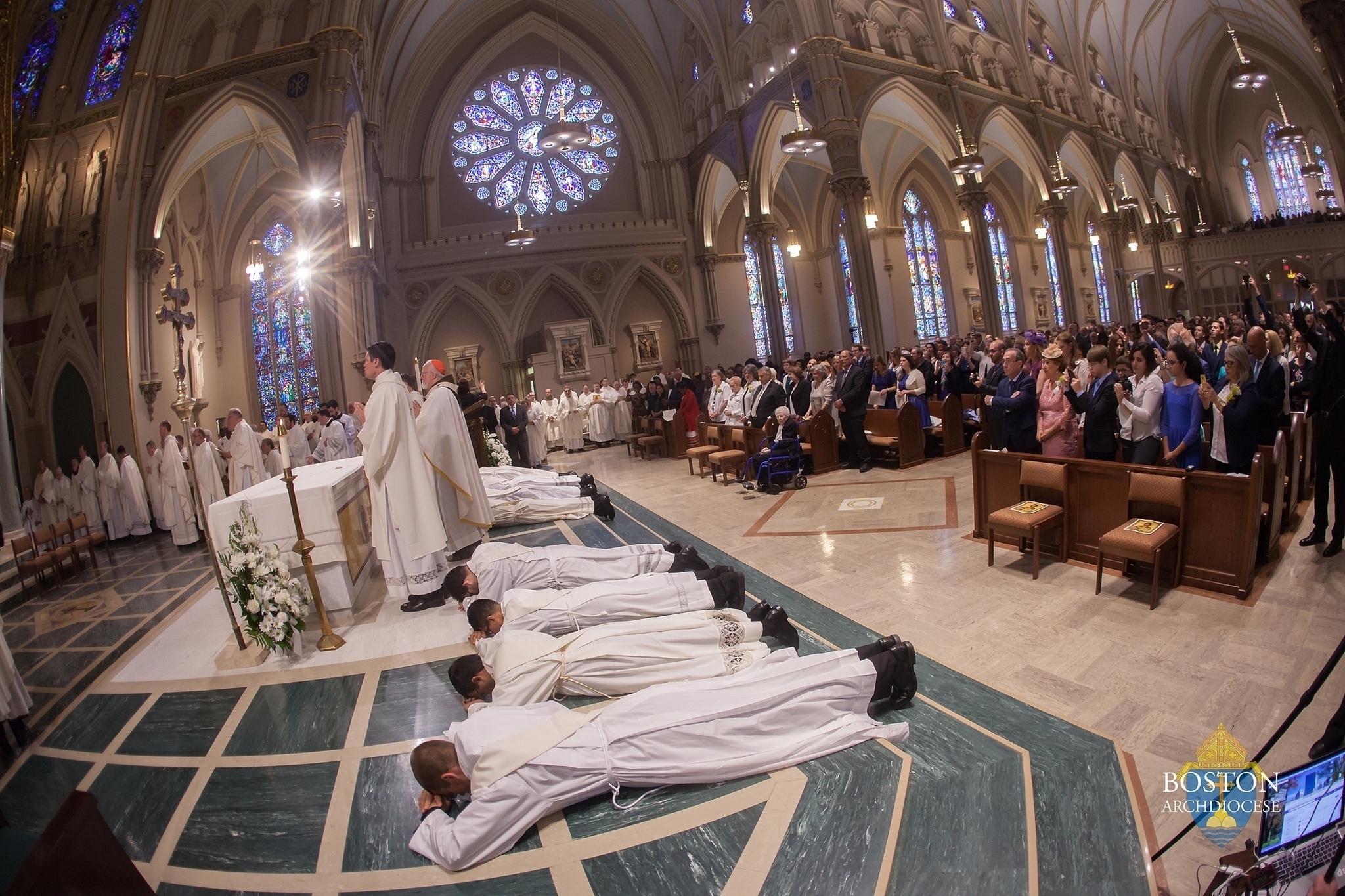 [lead dropcap="yes"]A longish blog post is making the rounds right now, in which a Catholic lay employee is looking at a new national study on what priests earn and concluding that priests have it easy compared to lay employees of the Church.[/lead]

As someone who worked for the Church for a decade and who knows many priests (and even lived in a parish rectory for a number of years), I think I have some insight. Here’s my general reaction to A.J. Boyd’s article: While he makes some good points, he paints with too broad a brush, universalizing anecdotal data; being selective with other data to reinforce his point; and missing data that would undermine his point. He’s also unnecessarily hostile to priests1.

Now, I am on record as saying that I think the Church needs to do better by its lay employees. I think that some of the policies I and other have encountered are downright unjust and while others may be in line with secular practice, the Church should live up to her principles and do better. Let’s also stipulate that most lay employees of the Church give what’s often called the “Church discount” in their salary, i.e. they could make much more at comparable private sector jobs.

I’ll take his points one by one, but I want to first begin by refuting his premise:

Fr. Scrooge’s attitude got me thinking about the apparent disparity between compensation for equally qualified people with a vocation to ecclesial ministry.

Look at two people of reasonably comparable demographic – single, no children, with undergraduate and graduate degrees in theology/divinity, committed to a life of ministry in the Church – and consider them in a similar parish, similar ministry, with similar qualifications, experience, and responsibility. One is a priest, the other a lay ecclesial minister.

You can’t compare the spiritual vocation of a priest and the apostolate of a layman, even one who has entered a lay ministry position (e.g. youth minister). A priest has been called by God, formed by the Church, and ordained by his bishop in a vocation he will retain in most cases until his death. He has made a lifelong commitment that isn’t easily broken (albeit some do), while a layman can switch jobs whenever a better opportunity comes along.

That said, let’s look at his first point: Education. Boyd claims that priests get two-years of free education toward a Bachelor’s degree and a three-year Master of Divinity as well. He then adds in all kinds of other monetary benefits, which in reality only some seminarians get. Then he compares it to the four years of Bachelor degree and a Masters degree that a lay minister would need.

Here’s the problem. The vast majority of seminarians did not and do not have their undergraduate degrees subsidized by the dioceses for which they are in formation. And if they did get two years paid for, who paid for the other two? So comparing four years of costs for the layman while marking two years of subsidy for the priest without reducing the subsidy by the other years is unfair. In fact, I know many priests ordained less than double-digit years who have very large student loan payments. As for high level studies, while that is paid for by the diocese, the priest under obedience has no real say in the matter. His bishops says Go, he goes, while a layman undertakes that high level of his own volition (and who in his right mind gets a doctorate and then goes into parish lay ministry?)

Next up is housing. Boyd concludes that while the NACPA study calculates the value of the housing provided in rectories, the figures low-ball the value because rectories are apparently palatial. Yes, there are some very large rectories with lots of room. But here’s the reality. Most priests don’t have the whole rectory as their home. Instead, most rectories function as part of the public space of the parish, whether there are parish offices or even rooms used for meetings. In fact, most priests get exclusive use of perhaps two rooms and maybe a private bathroom. I’m not saying they live in hovels or should be pitied for it, but they’re not living in opulence or all that much privacy. It's less like living in a mansion and more like a rooming house. Not to mention that when balancing the budget of the parish, many good priests often put maintenance of their own living spaces lower on priority lists.

We should also keep in mind that priests don’t get to leave work and go home at the end of the day, like the lay employee. No, he lives at work and will get callers on the phone and at the door at all hours of the day and night. Like I said above, I lived in a rectory for about 5 years and we had distraught people ringing the bell at 3am more than occasionally.

Also, priests don’t get to choose where they live or with whom they will live. Their bishop assigns them and that’s that. So, yes, there are some very nice rectories at parishes in tony neighborhoods, but there are also rectories in poor, inner-city neighborhoods that are ridden with crime and decay and rectories in remote locations, hours from the closest big town. Boyd extrapolates through some questionable assumptions that an average priest benefits from $36,000 in housing per year, but the reality is that if priests had to provide their own housing, it would likely be much more modest as befitting a single man living in this situation.

An area where I agree in part with Boyd is in the area of job security. A priest, barring some criminal activity or dismissal from the clerical state, has a means of support for life. In my experience, no matter how good or bad he is at being a priest, he’s not going to get “fired” by his bishop. And if he is removed from a parish but remains a priest without assignment, the diocese is still obligated to support his living expenses. Plus, there’s the value of knowing that the Church’s commitment is lifelong, as it should be. The stress of the potential for unemployment on a lay worker can be substantial, especially if you are not making enough to put money away for a rainy day, never mind retirement.

But should this be calculated as an economic or financial benefit to the priest over the layman? No. Surely it’s a psychological benefit to not have that stress, but Boyd calls it a $1,450 per year advantage to the priest. Umm, no.

Boyd’s next point is that some priests blur the line between their finances and the parish’s finances. There are supposed to be clear rules about this, but sometimes the particular situation the priest encounters is complex and there's a gray area for where the funds should come from. He notes he was at a conference with some priests and one paid for dinner using the parish credit card. If he’s at an event connected with his ministry, is this not a “business” expense? When I occasionally attended conferences in my role as a lay employee of the Church, I would submit my expenses, including meals, for reimbursement. If I’d had a “company” credit card, I would have used it as the priest did.

Of course, there are some areas of disparity that Boyd failed to take into account and they are those in which the priest is “less wealthy” than his employees. For one thing, in many dioceses if not all of them, 3 for the purposes of income taxes and withholding, the priest is considered an employee of the diocese when it benefits the diocese and self-employed when it benefits the diocese. For example, priests pay both parts of the Social Security deduction on their paychecks, while lay employees have the employer part paid by the Church. That’s a benefit that adds up to thousands of dollars per year.

Priests are also usually required to own reliable transportation to carry out their duties. While it’s my understanding that in some places parishes lease a vehicle for the use of the priests, in many places this is forbidden.4 Most lay employees aren’t necessarily obligated to own a vehicle if they have some way to get to work. This is an advantage to the lay employee of thousands of dollars per year in car payments and insurance , if I were to use Boyd’s methodology.

Another area he doesn’t address at all, which is that in many places, as Church attendance and affiliation implodes, the pool of money available for salaries, programs, maintenance and all the other costs that parishes incur decreases. Yes, this isn’t universally the case across the United States, but it’s more common than not. Parishes just can’t afford to pay more and in some cases they have to lay off employees, no pun intended. And I know that pressure from parishioners to decrease staff and salary costs can be intense.

It’s not my intention to say that all priests are downtrodden and poorly compensated compared to lay employees, nor would I dispute that most church employees (not just those in lay ministry) should be better paid for the invaluable work they do. But Boyd’s conclusion that a priest’s “job” and a lay minister’s “job” are economically equivalent and thus they should both be paid on the same scale is fundamentally wrongheaded and smells of the clericalization of lay employees.

He suggests that lay ministers should receive some kind of signing bonus for education that they bring with them to the job. This is silly. Your salary is your compensation for the payment of your sunk educational costs, just like every other job out there. If you want to argue that college costs are too high, that’s a separate discussion and an assertion I would agree with. But to argue for this educational bonus makes Boyd sound as out of touch and entitled as the priests he criticizes.

The solutions proposed by Boyd show a clear skewing in the understanding of the role of the lay ecclesial minister with regard to the ordained ministerial priesthood, not to mention that he completely overlooks all the other vital lay employees of the Church in the administrative and operational areas.

Boyd says it’s not his intention to criticize priests in the aggregate for living high on the hog to the detriment of lay employees, but it’s hard to conclude that it wasn't. The fact is that everyone who has dedicated himself in service to the Church deserves to be paid a just and living wage that provides for him and his family. How we do that is a much bigger problem than can be solved in a blog post.