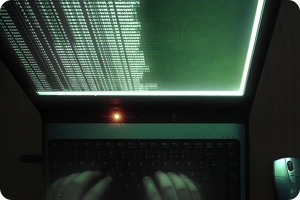 Political quid pro quo in a potential case of corruption among Massachusetts Democrats. What would this state look like without it? Attorney General Martha Coakley, who hasn’t seen a camera she didn’t want to jump in front of to advance her career and is running for Ted Kennedy’s Senate seat, is dismissing requests to investigate Boston Mayor Tom Menino’s administration over the destruction of emails by a top aide allegedly connected to a federal bribery probe of state Sen. Dianne Wilkerson.

The facts are pretty straightforward. The Boston Globe requested the email correspondence of Michael Kineavy, Menino’s top policy adviser, for a period of six months starting last October, but he was only able to turn over just 18 emails. Under state law, all work-related emails are public records and are thus required to be archived. The city says it has automated archive system that backs up everyone’s email at the end of each business day. But Kineavy says he misunderstood how the system worked and was deleting his inbox at the end of each workday.

Although public records laws state that municipal employees must keep all but the most inconsequential of e-mails, Menino’s corporation counsel William F. Sinnott insisted yesterday what Kineavy did was not illegal because “there was no willful conduct, no intentional destruction of evidence”

And Menino’s spokesman claims that Kineavy was just unusually thorough.

Ouch, looks like someone is subtly being thrown under the bus. But ignorance of the law—or lack of intent—is usually not an excuse. So while the Secretary of State—an elected position overseeing public records and elections and such—has ordered certain mayoral administration computers seized for forensic analysis, Martha Coakley, the chief law enforcement officer, sits on her hands. Why?

For that explanation, we need to understand that Menino is a key political ally of Coakley. And Coakley has just announced she is running for Ted Kennedy’s Senate seat in the January special election. Coakley needs Menino to deliver Boston for her and to get the Democrat machine to benefit her and not her Democrat opponents. Former Boston mayor Ray Flynn says he believes Menino has already engineered an endorsement for Coakley from IBEW Local 103. That came down yesterday. Such convenient timing.

This is why the separation of powers is so important. It’s also why it’s good to have federal prosecutors who can take over when state officials roll over.