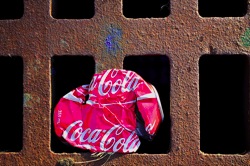 So what constitutes a sugary drink according to the food police? “Calorically-sweetened beverages,” including non-diet soda, energy drinks, sports drinks, pre-sweetened tea and coffee drinks, juices with added sugars, and sweetened water products. But it also includes milk, except for skim or 1%, and even then you can’t buy more than 12 ounces at a time. So much for parents like us who are strong believers in the importance of whole-fat milk for growing kids, which is just fine if you’re also not giving your kids lots of juice.

This is the point. As parents, we’ve made the choice that we’re going to balance the nutritional needs of our kids by emphasizing the benefits of whole milk and de-emphasizing fruit juices. But in Menino’s liberal worldview, elected politicians and their bureaucratic policy wonks (not to mention the lobbyists standing behind them) should get to make those decisions. And so if our children were to attend Boston public schools, they could drink 100% fruit juice, but they can’t have whole milk.

Make no mistake: This is the same liberal viewpoint that treats citizens as stupid cows unable to think for themselves.

“I want to create a civic environment that makes the healthier choice the easier choice in people’s lives, whether it’s schools, worksites, or other places in the community,” Menino said in a statement after the ban was announced.

But then, that’s no choice at all, right? That’s the endgame. Look at trans-fats. They banned them everywhere in the city already. So the healthy choice—at least according to them—is your only choice. And it’s virtually certain that they intend to make this citywide. Just look at the language used:

“Economists estimate that medical costs for an obese patient are about 42 percent higher a year than for a patient with healthy weight,” said Ferrer in a statement.

If this is the rationale, then they will ban sugary drinks citywide eventually, just like they did with tobacco and trans-fat. Then it will be fast food and then unhealthy food—goodbye pasta and pizza and red meat.Oh we’ll all be so healthy, but completely lacking in the freedom to choose for ourselves.

Yes, this seems alarmist and extreme. Are they planning to force us to eat nutritional blocks of tasteless “LibChow” in the future? No. Not yet anyway.

But think of how far we’ve been dragged down this path in so many other ways already. Just look at 50-year-old newspapers, magazines, movie, and TV and see how casually they approach so much that seems foreign to us now. It’s a gradual change for sure, but before we know it. We’re there.

In the grand scheme of things, is it a great loss of our personal freedoms to be denied the ability to buy a Coke from a vending machine in City Hall? No. But it’s part of a larger trend, one small brick in a wall that is being built between us and that freedom.