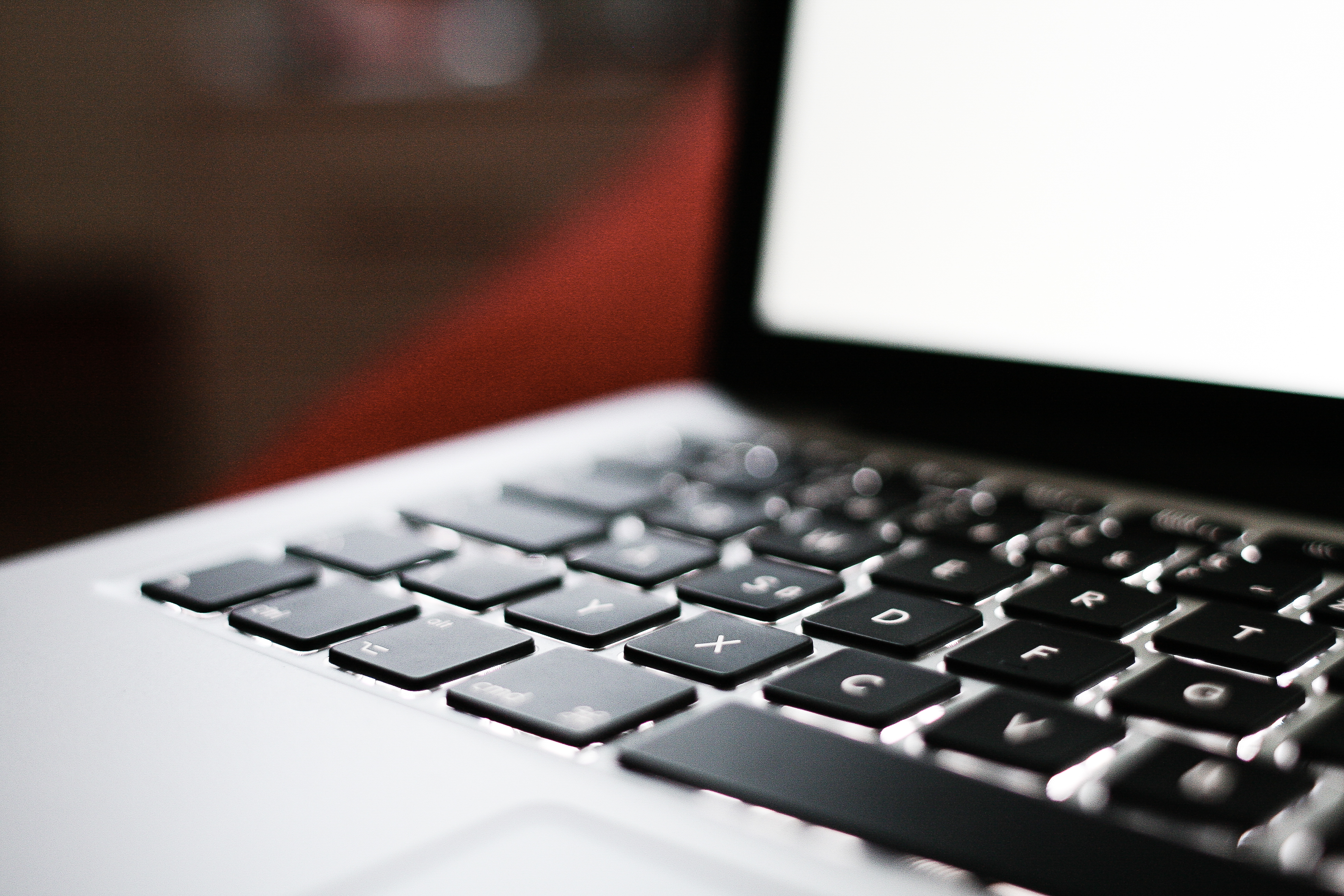 Update: For more must-have Mac apps, see my follow up article where I give you six more apps.

[lead dropcap=”yes”]As a known Mac geek in my social circles, I often hear from people who are switching to Macs or iPhones or iPads and asked my advice for how to get started. They want to know what Mac apps they must have and how they can learn how to use them.[/lead]

For the learning part, I recommend a few resources, including the video podcast ScreencastsOnline, the audio podcasts Mac Power Users and MacGeekGab, and the web site iMore, especially their How To section with straightforward guides to accomplishing basic tasks.

As for the software, I would start with Apple’s own software. Of course, a brand new Mac comes with a lot of basic Mac apps pre-installed, including Mail, the Safari web browser, Photos, iTunes for music, Calendar, and Contacts. All work well for most people, although I have chosen third-party alternatives for some of them.

Apple also provides some optional software you can download through the Mac App Store, which exists as an application on your computer. You can download the word-processing and page-layout software Pages, the Numbers spreadsheet software, the Keynote presentation software, and the Garageband music composition and recording software all for free. While Pages and Numbers are good basic alternatives to the more-full featured Microsoft Word and Excel, Keynote surpasses Powerpoint in features and still costs nothing.

But what is my essential third-party software?

I will start with 1Password. I’ve written about 1Password before, especially when I’ve been discussing the importance of unique and difficult-to-guess passwords for individuals and institutions. While there are other password management solutions out there, I’ve used 1Password for years now on my Mac and iOS devices, but recently it’s become even better. For one thing, it now syncs using the built-in iCloud. Now when I start a new Mac or iPhone or iPad, the first thing I do, after logging into iCloud as part of the setup, is to download 1Password and then have immediate access to my hundreds of passwords.

Even better, the developers have recently introduced a new product, 1 Password for Families or for Teams. The main difference between the two is price and some administrative features. With 1Password for Families, we pay $5 per month for a family of 5 and everybody gets 1Password for Mac, Windows, Android, or iOS included, which separately cost between $20 and $65. It’s a great deal and by subscribing you can ensure that your spouse always has access to the bank accounts, for example, and everyone can get the Netflix password.

My next must-have Mac app is Dropbox. Most everyone has heard of Dropbox by now, but in case you haven’t, Dropbox is a cloud solution which lets you store files in the cloud, but they appear on your computer like all the other files and folders. It allows you to keep anything in the Dropbox folder in sync with your Dropbox account on other computers and smartphones and tablets. It also lets you share folders or files with individuals or the public. And it works with a number of apps as a way to synchronize files or settings. In this way, Dropbox becomes a central hub for your work, making it available where and when you want to work. I remember the bad old days when all your data and software were confined to a desktop computer, and if you wanted to work with it on a laptop or another computer, you had to copy it to a floppy disk or thumb drive. This is so much better.

The way I use it, I have four primary folders: Inbox, Action, Incubate, and Current Projects.1 Inbox is where all new files go first, whether email attachments, exports from other programs, or the like. These will get sorted at a later point, at least once per day ideally. Action is where I keep files that I’m working on right now. As soon as I’m done, they get moved to their permanent home. Incubate is where I keep files that are awaiting some action, usually by someone else. This is reviewed regularly to see if further action needs to be taken. Current Projects is the permanent home of currently active projects. Once those projects close or are finished, they get moved to Archive, which I keep in a separate location outside of Dropbox.

Evernote is also a must-have for me. I know that it’s trendy right to look at Evernote alternatives, especially since they’ve had a rocky time lately with one of the founders leaving the company. Some have wondered if they really will be a 100-year company as they planned to be. And some of the other options look promising. But none have the complete set of features that Evernote has. I’ve been using this product since March 2008 and it’s steadily improved since then. It has become my second brain, the place where I stash stuff I want to remember and/or must be saved. Every receipt and statement, every record of travel, every article I clip, every set of meeting notes, every product manual, every scrap of paper I can scan goes into Evernote. Every business card I’m handed gets scanned. Every restaurant receipt, likewise. Every blog post and every social media update gets archived in there as well.

Evernote’s web clipper is a big part of that. I can clip just a relevant part of an article or web receipt from my web browser so easily and because of the intelligence in the product, it gets automatically tagged and filed based on the content. They also provide mobile software on a bunch of platforms, including iPhone, iPad, Android and more.2 It also hooks into many web services like IFTTT, for many more options. It really is indispensable, which is why I pay for the premium product and why the idea of it going away scares me so much. Nothing else does everything Evernote does as a complete package.

Omnifocus was built-around the Getting Things Done philosophy of David Allen, but you’re not required to follow GTD, either strictly or loosely, in order to use it. In fact, my GTD implementation is somewhat loose, but here’s basically how it works. You have Projects and Contexts. Projects are any multi-step activity with a goal. Think of making a sandwich as a project: you have to get the bread and fillings and condiments, you have to assemble the items in order, you need to get a plate, etc. In the end you have a sandwich to eat. Meanwhile, contexts are the places you do things, whether literally or figuratively. I have contexts like “office” and “home”, but I also “errands” and “making calls” and “writing”. Then when I’m making phone calls, say, I can make all the phone calls at once, whatever project they’re in. Most people work in contexts, not in projects.

In addition to Projects and Contexts, there’s the InBox. This is where everything goes. As soon as I have something that needs to be done, I put it in my InBox. It doesn’t need to be put in a project or be given a context yet. It just needs to be recorded. This is the biggest de-stressor in my life. I know that if I have stuff that needs to be done, if I’m afraid of forgetting it, I stress out. I tell everyone in my life, “If you don’t see me write it down/put it in Omnifocus, then it’s not going to happen.” About once per day, I go through the InBox and give each item a project and context and, when appropriate, a due date. Omnifocus also hooks into many other software and services, so that I can instantly send new InBox items from my email or web browser into Omnifocus.

The final part of Omnifocus is Review. As part of making sure I don’t forget anything, I have to regularly review my open projects and my open items to make sure they’re still relevant, that nothing’s getting overlooked, or that I’m not missing anything. Ideally, this occurs once per week.

Omnifocus has both a Mac app and iPad and iPhone versions. Here’s the downside: It’s not cheap. The Mac app is $40 for the standard version and $80 for the Pro. The iOS version (it’s an iPhone and iPad universal app) is $40 for standard and $60 for pro. What’s the difference? Pro gives you some customizations and, on the Mac, the Focus view as well as Applescript support. I don’t think most people need those, at least not at first, but I grandfathered into them.

I am obsessive about backing up my data and a key element in that process is Carbon Copy Cloner3. I documented my backup strategy in 2012 and it continues to hold true to that method, although I’ve since switched to Carbon Copy Cloner. For real peace of mind, you need to back up your data, not once, not twice, but in three places, using at least two different kinds of medium (e.g. hard drive and online backup service).

Bartender is another Mac app I consider indispensable, especially because I spend so much of my computer time on a laptop. You know all those little icons on the right side of the menu bar at the top of your screen? For most people, there’s just a few icons, mainly the ones Apple supplies to control various functions like volume. But for people like me those icons quickly multiply such that they disappear beneath the menus on the left side of the screen.4 The icons represent quick access into many different apps, some small one-trick ponies and others big multi-purpose apps. What Bartender does is create a second menu bar beneath the first in which to stash all the extra items you don’t need to see all the time, but which need to be accessible. Then the Bartender bar disappears until you summon it. That’s it. It’s so simple and yet so useful.

I think I could go on here and list another half-dozen Mac apps that I use all the time: Alfred, Hazel, Keyboard Maestro, Ulysses, Airmail, Slack, Fantastical and so on. Maybe they’ll make it into a second post. But for now, it’s the ones I’ve listed above that make my list of apps I must install first on any new Mac and that makes them must-haves.

Update: For more must-have Mac apps, see my follow up article where I give you six more apps.

Apple, the Apple logo and iPhone are trademarks of Apple Inc., registered in the U.S. and other countries.