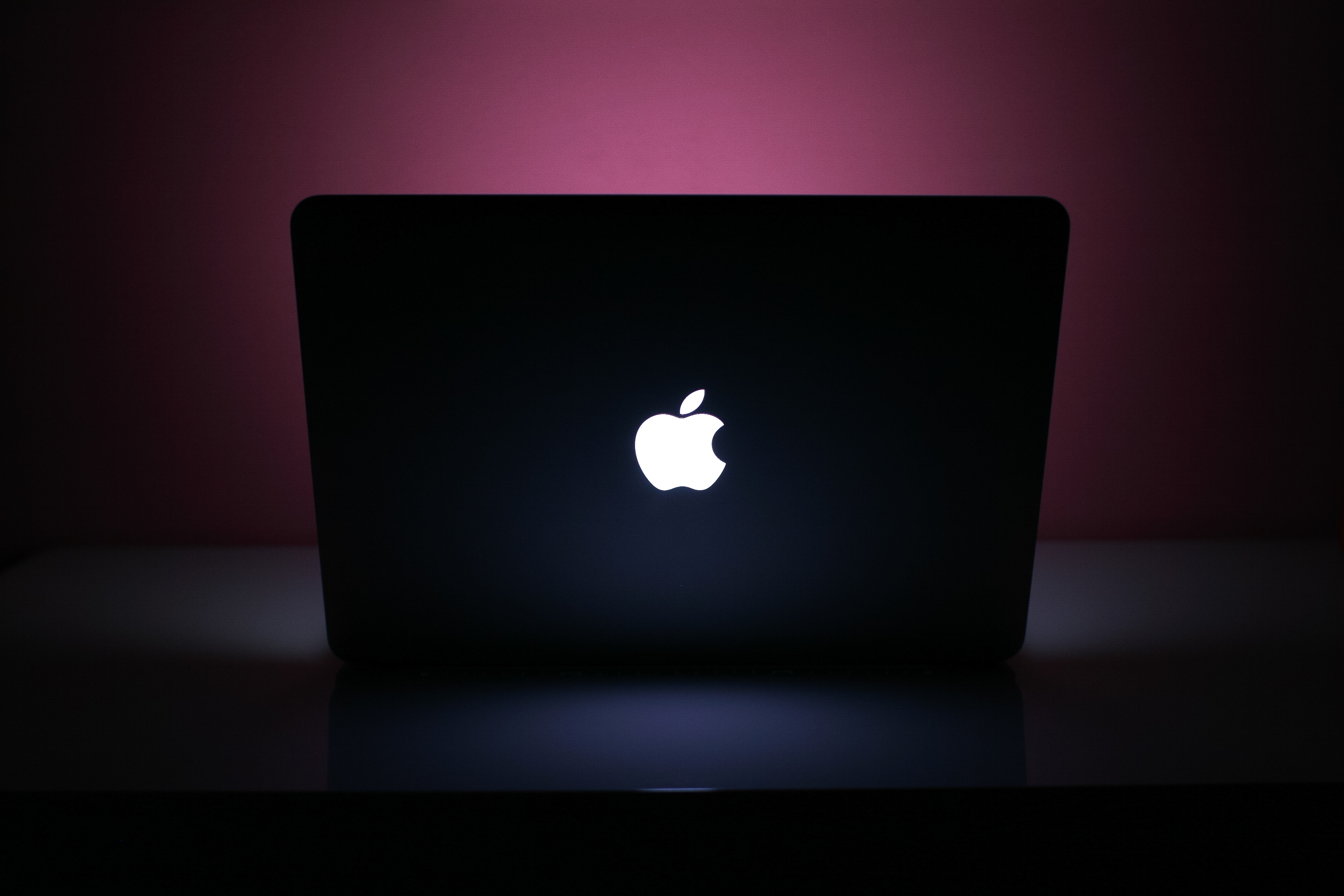 [lead dropcap=”yes”]After posting my previous blog post on my Must-Have Mac Apps, a number of friends and readers suggested even more apps that they must have, and I had to admit that I could add many more to my list. And so here are even More Must-Have Mac Apps.1[/lead]

This one should probably have made it on the first list. Alfred is such a natural part of my workflow, I often forget it’s there… until it isn’t. Alfred is sometimes described as an app launcher, which it is, but it’s also so much more. If I hit the option-spacebar key combination a blank rectangle appears in the middle of the screen. If I type a few characters, a list of matching applications appears beneath for me to select. Or it may be a folder. Or the name of a contact. Or some text in a file. Or the title of a document. And if it doesn’t match any of those, it offers to search Google for the entered text, or Evernote or Amazon or Wikipedia.

But that’s not all it does. If I type “itu” and select “Show me the iTunes mini player” from the resulting list, I can play any song, artist, album or playlist from iTunes without launching the app first. And by using my left and right arrow keys, I can navigate through the hierarchy of iTunes content very quickly.

Another favorite trick of Alfred is to highlight a file or folder in the Finder and then hit the Option key twice. A box pops up with several options, such as Open, Delete, Email, and my favorite, Move to…. I use that to quickly file away documents that are cluttering up my desktop or work folders. So, I select a file, tap Option twice, type “Mov” to select Move to…, type a few letters of the folder I want it to go to, use the arrow keys to select the proper folder from the list that appears, and hit return. Instantly, I’ve moved a file deep into my hard drive without touching the trackpad or navigating through a series of windows and folders.

Even better, Alfred is extensible so you can create your own workflows or download what others have created. The possibilities are nearly infinite.2

You’ll find a key theme in this list is automation. My favorite software makes my life easier by automating the mundane and routine tasks. Hazel is one of those tools. It is a System Preference that watches folders and when it detects something that fits a rule that I create, it takes an action.

For example, when I download my various bills and statements from my bank, credit card company, insurance company, electric utility and more as PDFs, Hazel can read the contents and identify what each one is (using unique information like account numbers), rename the files with appropriate date and topic, then file them in a particular Evernote notebook with the correct tags. All without me lifting a finger.

Hazel watches a folder in Dropbox that I share with Melanie. When Melanie comes home (i.e. enters a geofenced area around our home), an app on her phone automatically syncs any new photos to the shared folder. Hazel is watching that folder and so imports any new photos into the Photos software. Any videos get moved to a special folder on our network-attached storage.

I have Hazel rules to delete old backups periodically because some programs create backups but never delete them; to keep files and folders off my desktop in a special folder; to automatically lock the computer screen when I go outside a particular geofenced zone; and so on. The possibilities are nearly endless.3

I have a macro that when it detects my sheetfed scanner turning on, it launches my scanning software and Evernote, resizes the windows and moves them to particular corners of the screen, then opens certain folders on my computer and resizes and moves them into position, making me instantly ready to scan and process paper.

Another macro puts my computer into podcasting mode by turning off almost all services that use the CPU or access the Internet, except for those needed for the podcast. Another one restores the services. Yet another sets up a standard project template inside of Omnifocus. Some macros can be limited to only work in particular apps, such as one that autosaves my current Microsoft Word document every minute.

Two of my most-used macros do something very simple. One, when activated by a key combination, opens the current Safari tab in Chrome, and the other does the reverse. That’s invaluable when I’m browsing in Safari and encounter a Flash video. Since I don’t install Adobe Flash on my computer, but Google Chrome has a version built-in, I just switch to Chrome and I’m good to go. At last count, I had 89 macros in Keyboard Maestro.

Moving from automation to productivity, my email application of choice these days is Airmail. While Apple’s built-in Mail app is fine, I needed something that would do just a little bit more. Airmail is like a Swiss Army knife of mail tools. It has a minimalist interface that stays out of your way and, if you like, you can make it ultra-small and compact to tuck in the corner of a window. Or fill the whole screen.

Where it really shines is in how it interoperates with other applications. For instance, there is a keyboard shortcut to send an email and its attachments to an Evernote note. Another creates a new calendar event in Fantastical. I can create a new Omnifocus task that includes a link back to the original email in Airmail. It has other features like being able to snooze an email, so that it disappears from my inbox for a set period of time, maybe until I’m ready to deal with it.

There are also iPhone and iPad versions so I can continue working in the same environment there as well. It’s not without its quirks and bugs, but the latest update to Airmail 3 fixed most of them.

Fantastical joins Airmail in the category of apps that replace Apple’s default apps, except I can’t even say that Apple’s Calendar is fine. Except for the most basic functions, it’s quite deficient. What’s nice is that for both calendar and contact functions, Apple uses a database that other programs can use, which means that any changes made in third-party apps is reflected across all of the same type of app.

The key benefit of Fantastical is the natural language entry of calendar entries. If I enter “lunch with Frank Castle on Saturday at Assembly Square Mall,” Fantastical will automatically parse the sentence: It will know that Saturday is next Saturday, that lunch means noon, that Frank Castle is in my address book and thus ask if it should send him an email invitation, and that it should lookup the address of Assembly Square Mall and put it in the calendar entry.5 It’s like magic.

Fantastical works with the iCloud calendar, but also with Google calendar and Outlook Exchange, or all of them if you prefer. What’s nice is how it allows for shortcuts for some of its functions as well. So in that example above, if I follow the sentence about my lunch with Frank with “/work”, it will assign it to my calendar labeled “Work”. You can use similar shortcuts to set alarms and reminders and the like. As usual, I’m barely scratching the surface.

The final app this time is a bit of a cheat because it’s really more of a web service with a Mac app. I’m referring to Slack. Briefly, Slack is a messaging app for teams, but it’s so much more. First and foremost, it’s free for anyone to use for any group of people who need to communicate. Your extended family? Your high school buddies? Your bowling league? Your parish staff? Your small business? All can use Slack free of charge. They do offer some very useful services that slightly larger businesses would benefit from, and they charge a somewhat steep price for that level of service, but that subsidizes the rest of us using it for free.

But Slack is not just a messaging app. There are three types of written communication in Slack:

Slack’s best feature is its design. The user interface is pleasant and easy to use. When I set up Slack for the three-parish collaborative in Walpole and Sharon, Mass., I had everyone on it, including the 90-year-old bookkeeper. You can use it almost anywhere, including in a web browser or in iOS, Android, Windows and Mac apps. Heck, it might run on some refrigerators out there.

You can upload files to share with others. It integrates natively with a bunch of other services (although on the free level you are limited to just a few at a time). They even recently added a voice calling feature. Watch out, Skype!

Slack is so much better than email because everything happens in one window. There isn’t the ridiculous email chain with a long string of quoted bits underneath your new response and people losing track of who said what. And when you use channels to communicate rather than emails, then people in your organization who you didn’t think had anything to contribute to a conversation may come up with something brilliant and unexpected. Many organizations actually find their email usage drops dramatically.

We used it in my old job. We use it for SQPN. I’d like to eventually bring it to my new job as well. In fact, I’d love to use Slack everywhere. I’m still trying to convince everyone in my life.

So that’s the next batch of my Must-Have Mac Apps. What are your must-have apps?