More powerful than 51 other countries combined 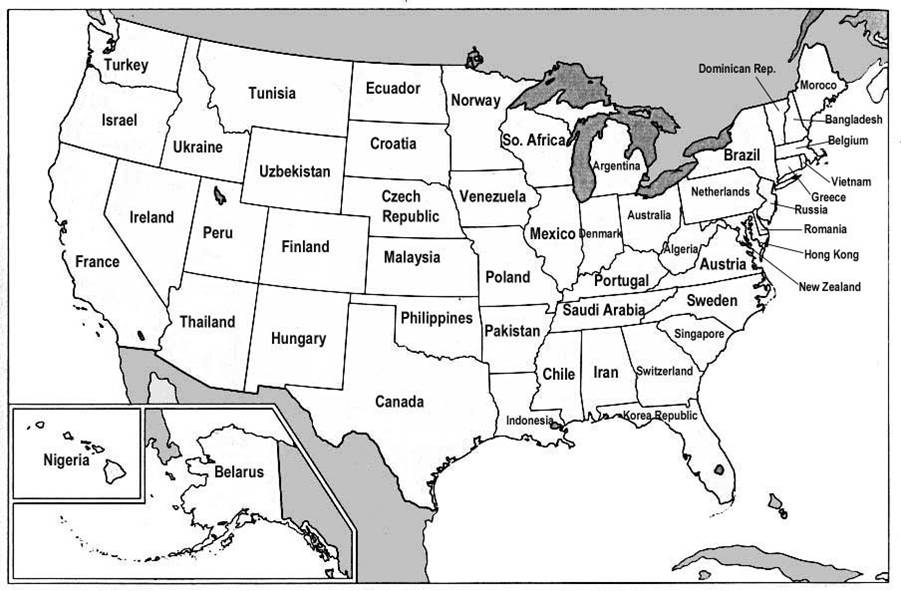 Here’s a neat perspective on the global economy and the United States’ place in it. This map (click the image for larger view) has the state names removed and replaced with the name of the country whose GDP is closest to that state’s alone. Thus, California’s gross domestic product is equivalent to France’s which is the eighth largest in the world. Texas is equal to Canada, and so on. Click through the link to see the rankings.

What surprised me is that the District of Columbia ranks above 15 states. What are they producing?

Gross Domestic Product (GDP) is a convenient way of measuring and comparing the size of national economies. Annual GDP represents the market value of all goods and services produced within a country in a year. Put differently:

Although the economies of countries like China and India are growing at an incredible rate, the US remains the nation with the highest GDP in the world – and by far: US GDP is projected to be $13,22 trillion (or $13.220 billion) in 2007, according to this source. That’s almost as much as the economies of the next four (Japan, Germany, China, UK) combined.

The creator of this map has had the interesting idea to break down that gigantic US GDP into the GDPs of individual states, and compare those to other countries’ GDP. What follows, is this slightly misleading map – misleading, because the economies both of the US states and of the countries they are compared with are not weighted for their respective populations.

[Thanks to Acton Institute Powerblog for the link.]